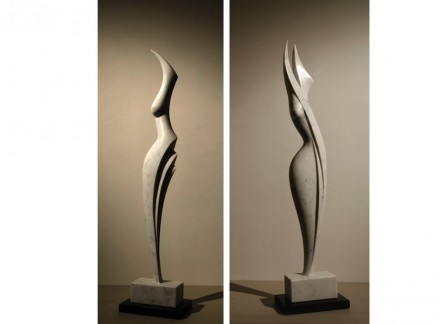 It’s all about femininity, what it means, living it, and how individual projection often stands in contrast to role models. New Zealand’s Anna Korver has made this to her prime theme. Her material of preference has always been natural stone. Recently she has also started experimenting with other material in the interest of artistic diversity.
Her work is abstract and reduced to the absolute minimum. Beholders have the impression that the sculpture before them is a sage about to announce some wisdom, the content of which is open to free association. 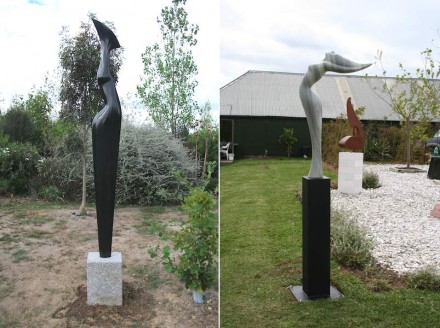 Anna Korver’s approach is manifold: some sculptures are a deliberate exaggeration of the beauty ideal, some seem to demonstrate sheer exuberance… 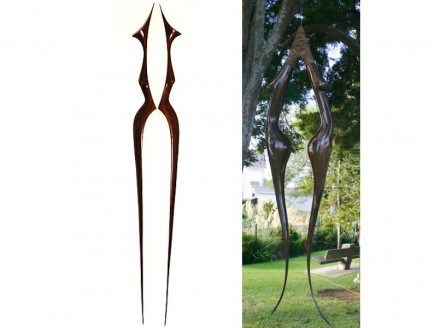 … and yet others are the sharp reflection of mood and emotion. 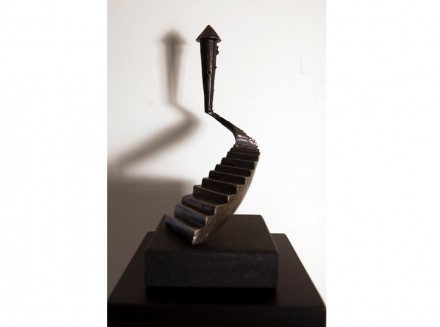 A tongue-in-cheek approach is also part of her repertoire as in „From the Tower“ in which the fair maiden Rapunzel longingly awaits her prince charming.

Anna Korver graduated in Fine Arts from New Zealand’s Canterbury University. Her father was an amateur sculptor working in wood and introduced his daughter to art early on.  Her interest in stone was promoted through her affinity and interest to large shapes suitable for outdoor display. „I really fell in love with the material when I started carving the marble from where I grew up in Nelson“ she writes.

She runs an art gallery in Taranaki together with photographer Steve Molloy and actively supports Eco Artists, among others, who donated part of their earnings toward ecological projects. 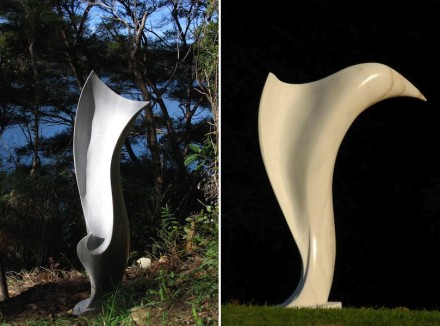 This is the context in which her works depicting terns ensued.

So the question; is there a relation between femininity and nature, quickly comes to mind. „Yes, many. I see that nature has a feminine energy, hard and soft, nurturing and vengeful.“ And she explains, „in New Zealand Maori culture she is a feminine concept known as Papatuanuku.“ 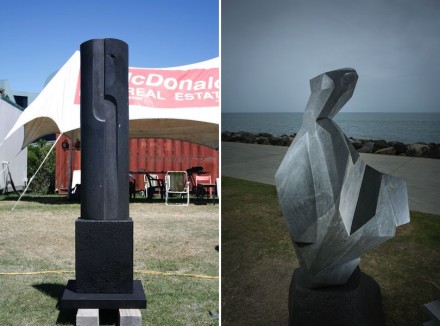 Whereas her works revolved almost exclusively around moods and feelings up until recently, she now turns more and more toward the influence of man on nature. 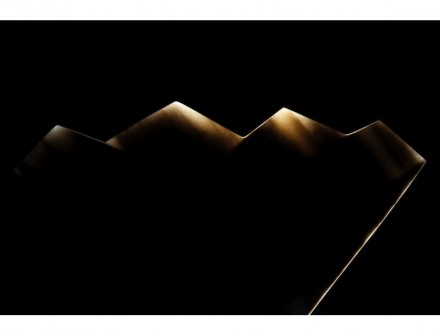 Some of her works now include straight and rigid lines as a reference, „I tend to be drawn to both masculine and feminine forms“ she concludes reflecting on the present state of her artistic path. 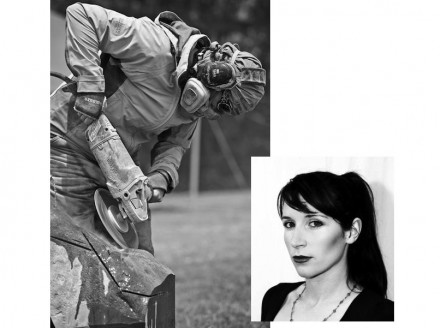