Daniel Hörning: geometry and geology as mosaic in natural stone 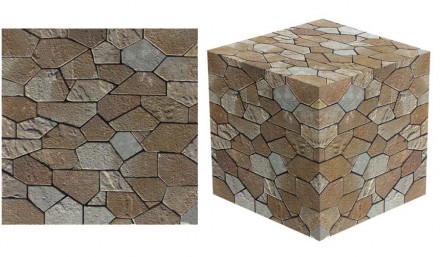 Nature is reflected in many facets of geometry, e.g. a spider web, a leopard’s spots, a honeycomb or even the cracks in a dried river bed. Perhaps even Euclid of Alexandria was inspired by nature in the 3rd century B.C. when working on what is now known as Euclidian geometry.

Daniel Hörning is a passionate stone mason and uses similar means: he groups polygons together until he discovers a mathematical pattern. He uses only natural stone – which prompted us to dub his product idea Geo2-Mosaic. After all his tiles are an assimilation of geometry and geology.

The pattern above is some 30×30 cm (12”x12”) and 2.5 cm thick (1”). It weighs 6 kg (12 lbs.).
Each of Hörning’s surfaces is unique and hand-made. Four equal pieces set together can be used as a planter. The challenge is in the edges allowing continuity of the surrounding lines. 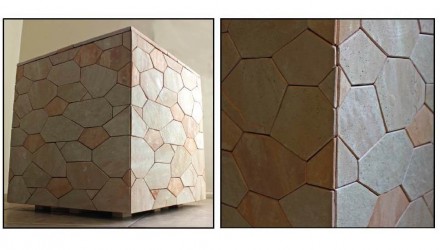 The first produt according to this concept is the planter „Arizona PT344“ with 64x64x64 cm (25x25x25 inch). The stone-veneer is mounted on fiberlass. 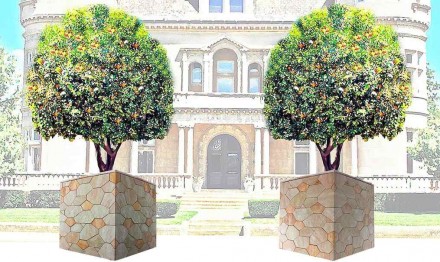 A pair of planters costs 3,800 US-$ because each piece is handmade and unique. The similarity of each piece is unmistakable – the pattern ensues from the previous piece. 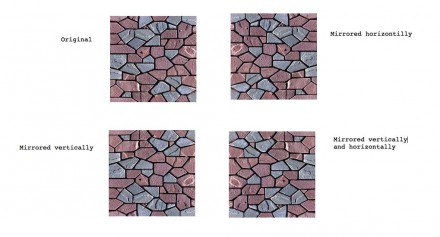 We took the liberty of developing the idea… 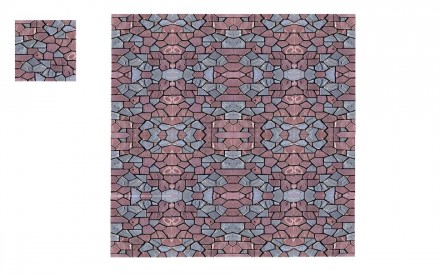 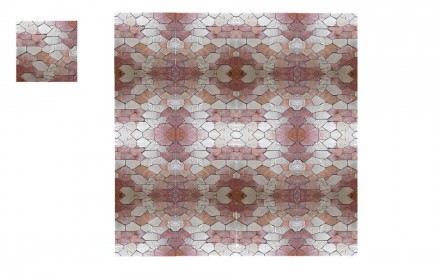 … and came up with another pattern making Hörning’s mosaic suitable for large surfaces.

He wrote us: „Yes it is possible to create an entire facade (even for a skyscaper) based on a single stone tile design including no more than 43 shapes but there needs to be little variations within the repetitions in order to keep a natural fluidity.“ The rendering below visualizes the idea based on the Arizona PT344. 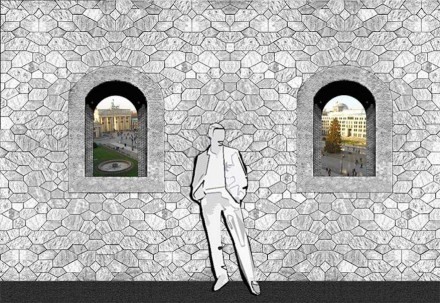 Hörning grew up in Southern France in a region between the Rhône and the Alps where he underwent his apprenticeship as a stone mason and took an early interest in irregular stones. He now lives in California.