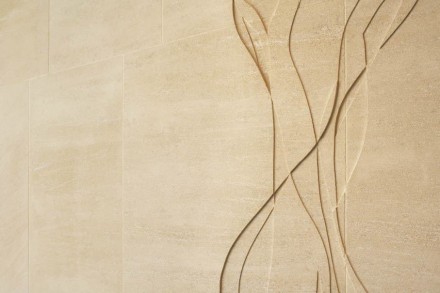 Biologists must be patient observers. Susanna Heron’s relief murals aim „to encourage looking as a means for thought“ in the Sainsbury Laboratory, a plant science research centre for the University of Cambridge in Great Britain. 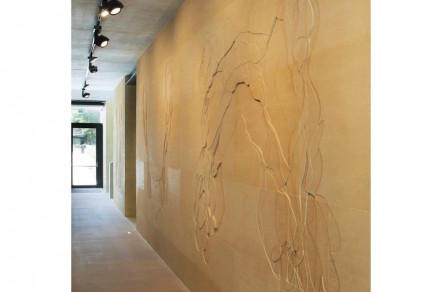 „Henslow’s Walk“ is the name of the mural 2.5 m high and 14 m long. Engraved in it: abstract forms inspired by dried and pressed plants from the University’s herbarium. The collectibles originate from biologist John Stevens Henslow (1796-1861) collection in which minute differences between plants were analyzed leading to Charles Darwin’s seminal theory of evolution. 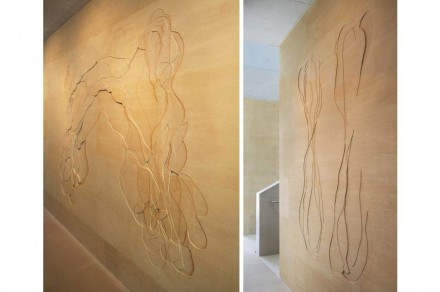 The wall clads one side of the hall along the back of the auditorium. In total, 104 slabs of Jaumont French limestone of various sizes were used. stoneCIRCLE was responsible for the engraving work. 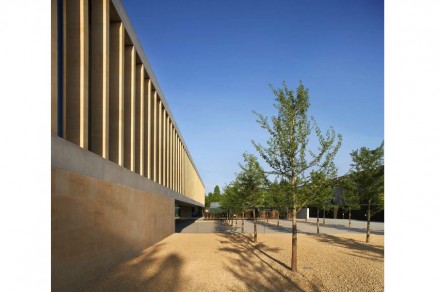 The limestone was also used on the exterior of the complex for the pillars in front of the windows. 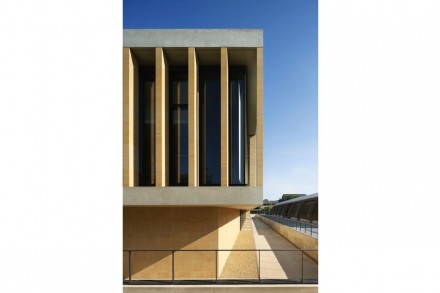 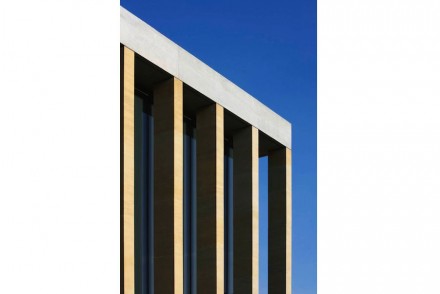 They are made of small massive blocks held together by means of stainless steel hidden fixtures. 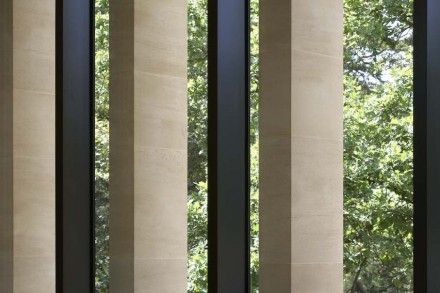 The challenge was to obtain a perfect alignment over a length of 4.5 m. The individual pillars are mounted so closely to one another that the slightest aberration would be painfully apparent.

Work on the 168 pillars was realised by stone contractor, Szerelmey. 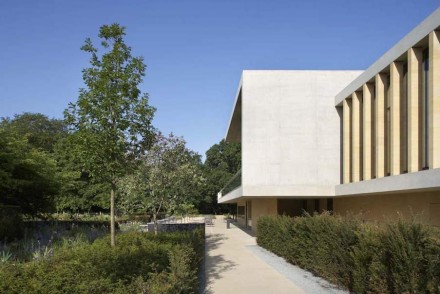 Stanton Williams architects were awarded a number of prizes for the building, including the RIBA Stirling Prize 2012. The building within the University of Cambridge Botanic Gardens is home to the Herbarium with some 4951 of Henslow’s pieces, the laboratory for plant research and a Café open to the public.