„Touch Me“ call of natural stone 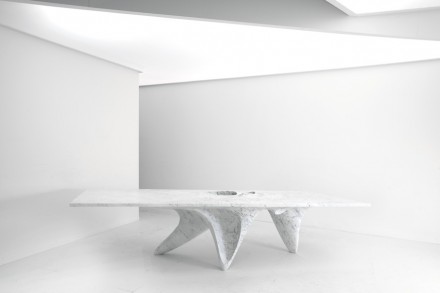 At the Salone del Mobile, (April  8th to 13th, 2014) Zaha Hadid’s „Moon Table“ produced by Citco Company of Italy was shown. The object was cut out of a huge single block of marble. We were particularly fascinated by the emotional component of this work of art. 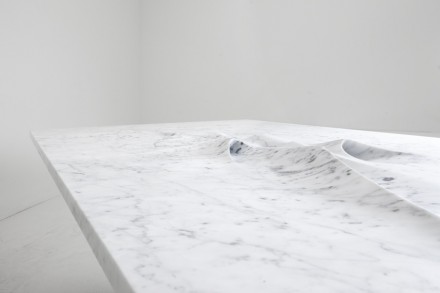 Most remarkable: every visitor – no exception – felt driven to touch the stone, to let the surface of their hands, not merely with the tip of their finger, glide along the cool surface. 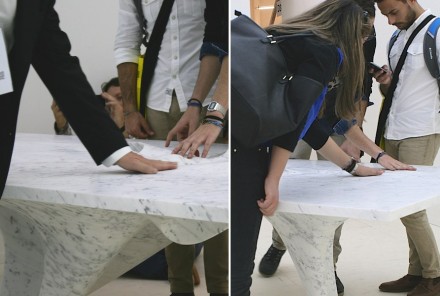 Could producers of natural stone objects make gainful use of this phenomenon?

But first, let us clean look back on a myths surrounding natural stone: Ancient Greeks tell the tale of the giant Antaeus who was meant to fight Heracles. Antaeus, so the legend goes, was indefatigably strong as long as he kept contact with the ground – from whence his mother, the Goddess Gaia or Mother-Earth supplied him with a constant flow of energy.

Expressed in esoteric terms, the urge to tough stone is intrinsically based on the energy we seek to derive from it.
But things are not quite that simple. Other objects which we tend to want to touch, e.g. the fender of an expensive sport-car – equally true for men and women.

The reason: these cars are sexy.

Perhaps, then, the reason behind the tactile attraction of stone is that it arouses positive feelings in us. Some people use petting stones – pebbles one can hold in the palm of the hand and which deflect negative energy.
If natural stone arouses such emotional feelings and if the product is to be put to corresponding use, one must first analyze the day-to-day situations in which emotions play an important role. 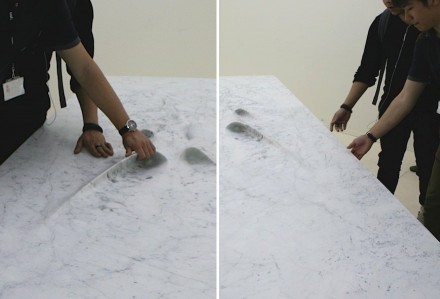 Take, for example, a dentist’s waiting room. Time spent waiting there is unpleasant at best and for some patients perhaps even terrifying.

Would it be possible, then, to design a chair, e.g., with a stone armrest, on which waiting patients could rest their hand? The subliminal message might be: fear not, it won’t be as bad as you think… 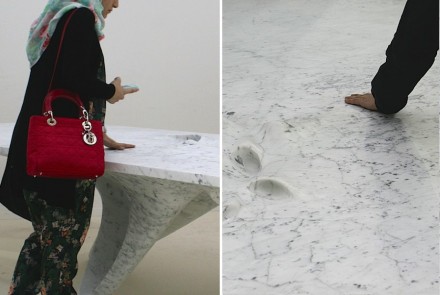 Or in a hotel, interior decorators could provide for an extended natural stone element from floor to ceiling somewhere near the entrance where shoes are removed and business jackets hung up after a day’s work. The stone would invite guests to rest their hand and receive the message: okay this may not be home but for a moment you have arrived at a safe haven…

Or at the cemetery, wouldn’t it make sense to place the gravestone close to where bereaved might stand – not at the far end as is usually the case? The dear ones might want to have a rest and use the stone to lean on or have a seat and a feel of it. The stone might convey the message: everything will be all right…

Zaha Hadid’s „Moon table“ at the furniture fair was fondled to the point of changing the appearance of the original white marble surface. 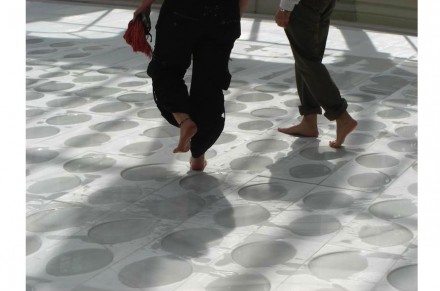