Natural stone effectively implemented: trapezoids in the foyer and a vanity with the course of a stream 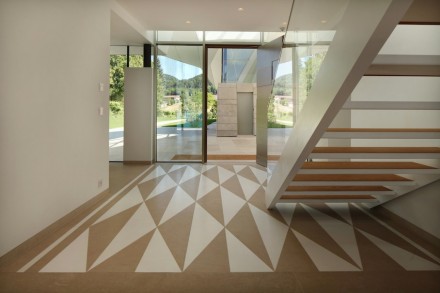 The villa offers a panorama view over Lake Wörth, but the view is not the only spectacular factor: planners of Vienna’s Project A01 Architects have impressively implemented natural stone, which explains why the stone ideas took design-awards in no less than 3 of Steinzentrum Hallein’s categories.

One award went to the flooring in the villa’s foyer. Here marble trapezoids in Thassos and light brown Avorio limestone determine the optical impression. 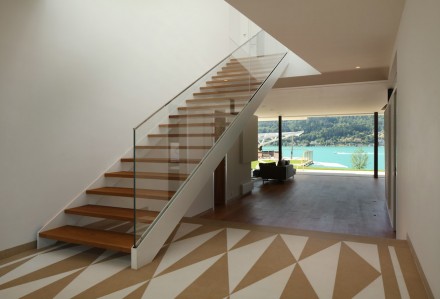 The inherent lines unperceivedly steer visitors’ focus e.g. straight ahead into the living area with its built in picture window.

But the trapezoids are not merely decorative in nature. In fact they pick up on the building’s exterior, the upper story of which is clad in slabs of similar patterns. Trapezoids can also be recognized in parts of the roof. 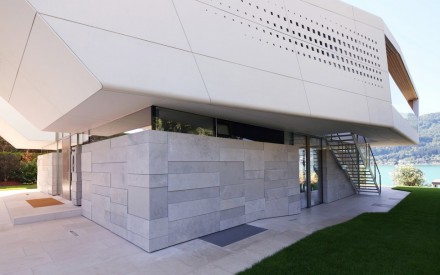 On ground level the villa is clad in slabs of Jura-Limestone of various dimensions. The single brushed and sand-blasted elements optically jut out and retreat along the length of the building. 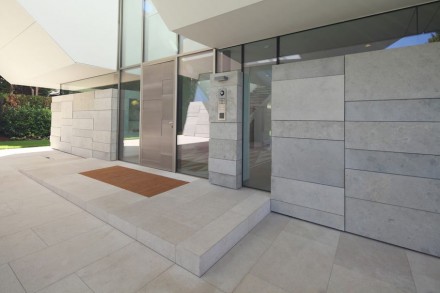 Flooring is made of bush-hammered and brushed shell-bearing limestone, also known as muschelkalk. 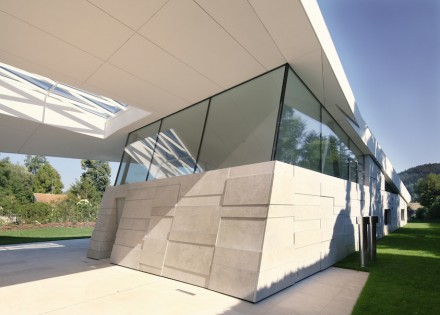 The architecture itself falls out of the norm: the building has a utility tract including garages along the street front somewhat reminiscent of a spaceship. Out back with a view to the lake, the two story living quarters are annexed and joined by means of the white cladding. 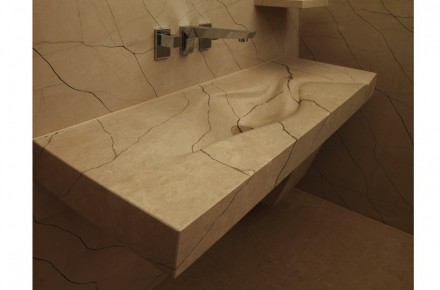 Last but not least the guest washroom deserves special attention: The massive wash basin made of Amani Dune limestone has the appearance of a river bed with the course of a stream. It is 1.1 m long and 10 cm strong. Walls and floor are clad in Amani Dune limestone and Avorio respectively, both honed. 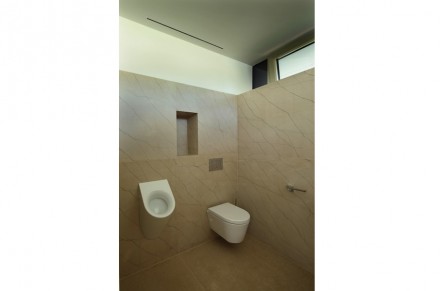 The stone tiles covering the wall were composed in such a way that the veins seem to transcend the surface.

Wolfgang Ecker GmbH was responsible for the natural stone masonry.