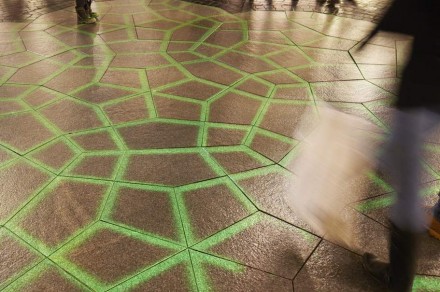 A carpet of natural stone has been rolled out to welcome visitors to Helsingborg’s most prominent shopping mall. But that’s not all: a striking element in the pavement is combined with a light show and accompanying music.

Kullagatan was Sweden’s first pedestrian precinct. But of late its design which dates back to 1961 had become hopelessly outdated. The city commissioned the head of its horticultural building authority, Martin Hadmyr, to draft a plan for a more modern concept. Shop-owners and citizens alike approved the plans. 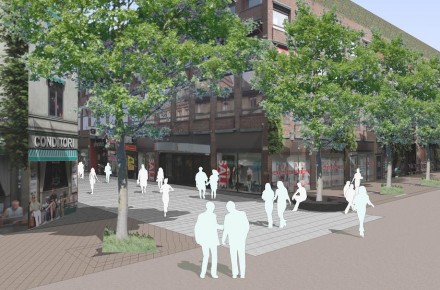 Even the path leading up to Kullagatan is striking: the cobble stone pavement is extended into the adjacent street giving passers-by the impression that a red carpet has been rolled out just for them.

All around the street is covered in dark small Diabas cobblestone. There is no sidewalk – after all we are in a pedestrian precinct. 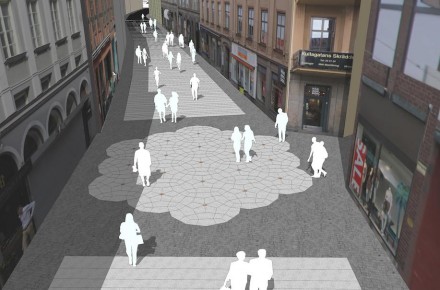 The wall-to-wall „carpeting“ is interrupted where a side-street discharges into Kullagatan. The pavement in this section takes off on a motif of Islamic art. Martin Hadmyr has brought it home from Afghanistan and explains: „We wanted to incorporate a work of art into the cobblestone pavement.“ 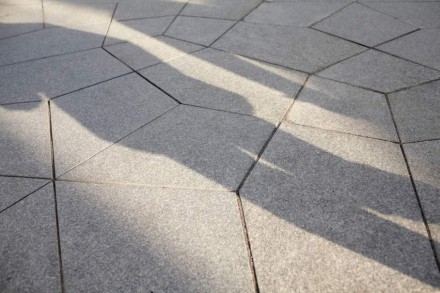 Typical for Islamic art: the pattern looks very complex but in fact comprises but 3 different elements. 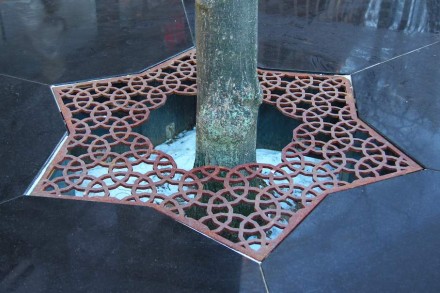 The pattern is repeated in planters surrounding trees… 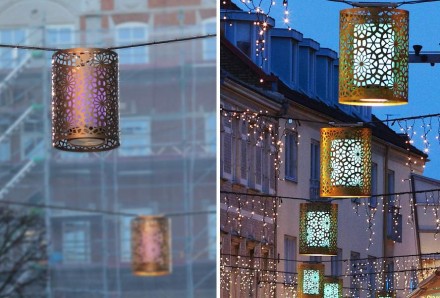 … and in street lanterns which were developed in cooperation with Atelje Laterne. 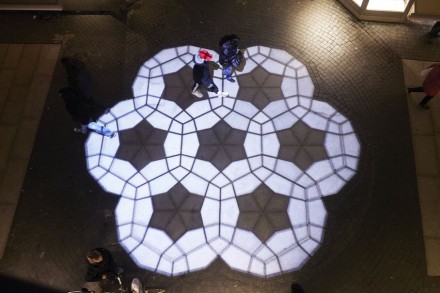 In addition to this more or less static geometry, there are mobile patterns: with the help of a projector, light patterns adorn the mini-plaza. 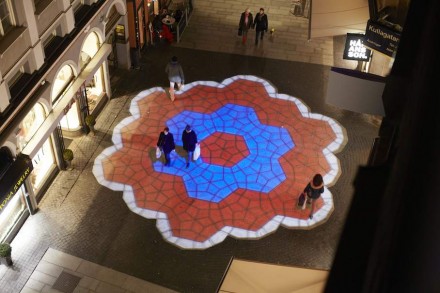 The patterns vary in form and color adapted to the seasons and special events. „At Christmas-time we have a different concept from the one used this month during the soccer worldcup“ according to Hadmyr. The idea is to give the „street an interesting new face time-and-again“. 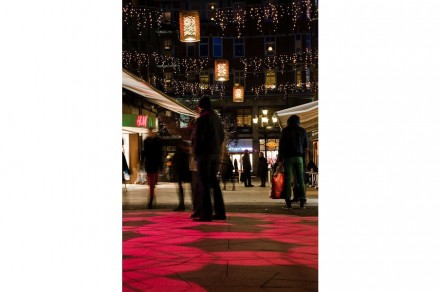 That, too, is the idea behind the sound concept: in summer one can listen to birdsong, when the stores open shop, one hears Muzak and on weekends, e.g., the world of clubs is introduced. „It’s not everyone’s cup of tea“, Hadmyr admits.

The project cost some 1.8 million € to complete including the underground heating which melts snow away in winter.

A second segment is to be refurbished in the same design.

Stone work was carried out by Peab Company and material supplied by Zaar Stone.