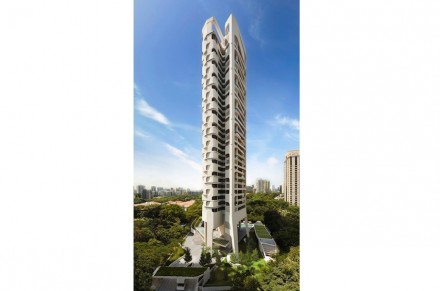 The façade of Singapore’s Ardmore Residence, completed in 2013, had to be special in two ways: for one, it was to convey a lasting impression of the luxury-class residential complex in one of the metropolis’ most exclusive areas, and, secondly, Singapore’s Garden City greatly values green areas even in a metaphoric sense.

Dutch UNStudio architects lent the 36 story 135 m high façade a most unusual appearance. The design is a cross between organic and utopian patterns in a 4 story rapport. 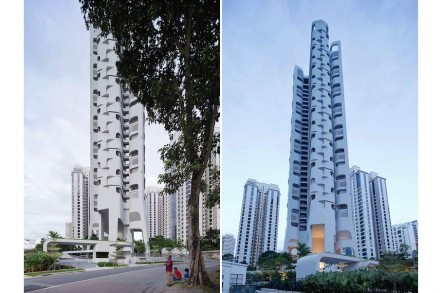 For those who are prepared to unleash their imagination, the complex might appear reminiscent of a tree with a gnarly bark in which myriads of little animals might find living quarters. 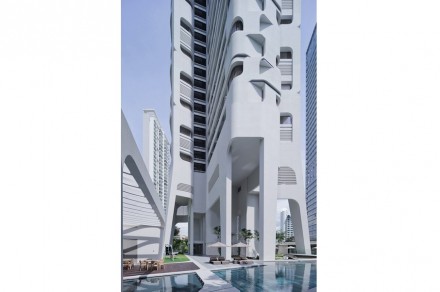 The lower floors lend the impression of a mangrove forest with a complex of rhizophora. The living quarters begin on the 8th floor.

Of particular interest is the implementation of natural stone. M&G Contracts was awarded one of this year’s Pinnacle Awards of the Marble Institute of America (MIA) for its work in natural stone originating from Iran, Italy and Spain. 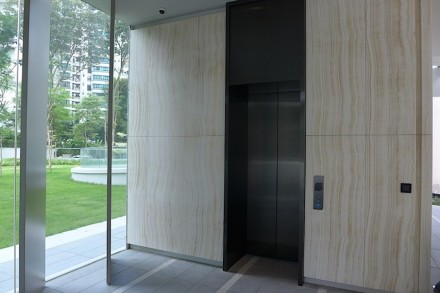 The foyer is equipped with end matched onyx slabs. The designers decided against the use of marble for pecuniary reasons. 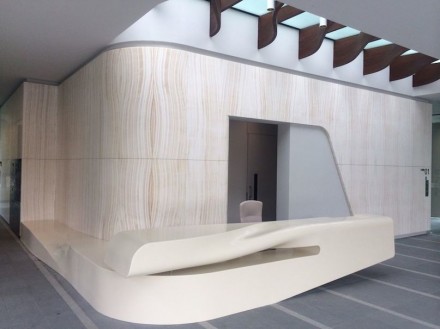 The rounded edges were a particular challenge to M&G Contracts. Our photo shows the concierge’s reception area where guests are welcomed and sent on their way. 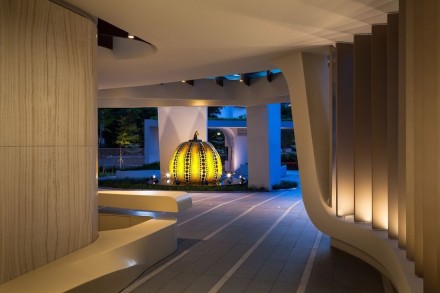 The artwork „My Pumpkin Exists in the Infinite” (Yayoi Kusama, 2013) is at home here as well. 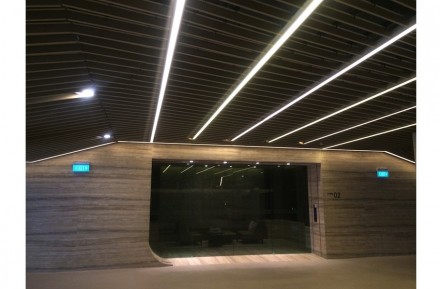 The sous-terrain level used as garages is clad in travertine. In contrast to the onyx at the entrance, veins progress horizontally in this area. 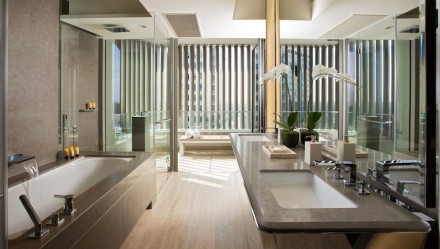 On the interior as well, natural stone plays a dominant role in determining the atmosphere. 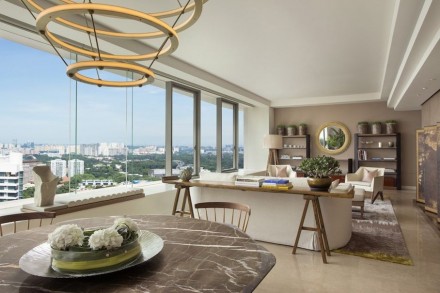 The architects wanted to create a „living landscape“ which ties in with the green city. 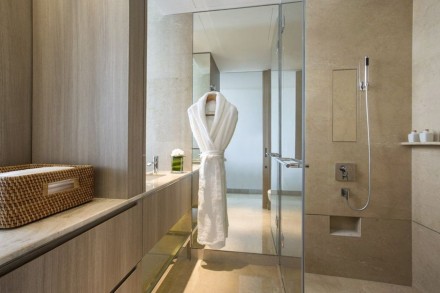 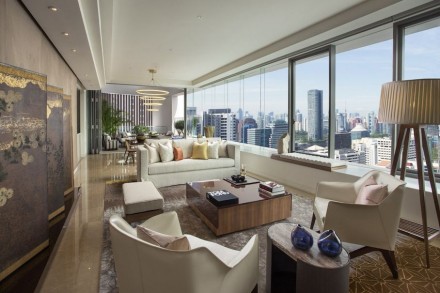 Singapore is densely populated but nevertheless has a reputation as a garden city. Currently a lot of façades are being designed with vertical green planting, which is a plus for climate and aesthetics well-being alike.x