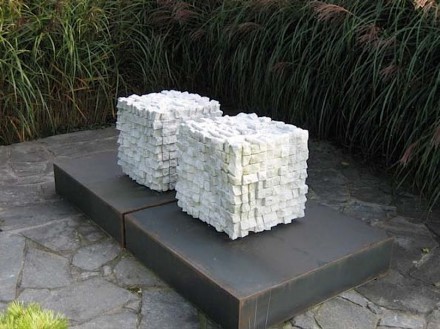 At a distance, Gerhard Trieb’s stone sculptures seem to flicker – on closer look countless little cubes are the secret behind the illusion. Looking into the grooves, it seems as though the inner life of the stone is unveiled. 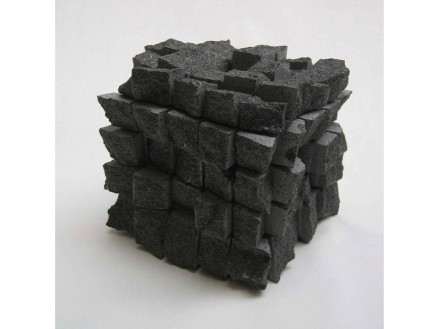 Trieb is a painter, graphic artist and sculptor. He lives in Salzburg. One motif is common to all his works regardless of the style: the square or its three-dimensional relative, the cube. 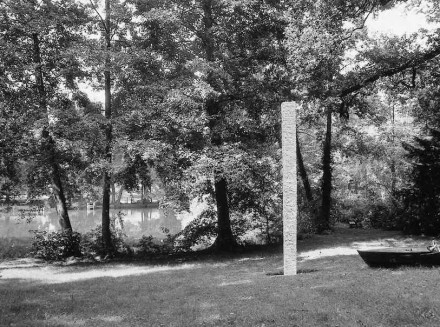 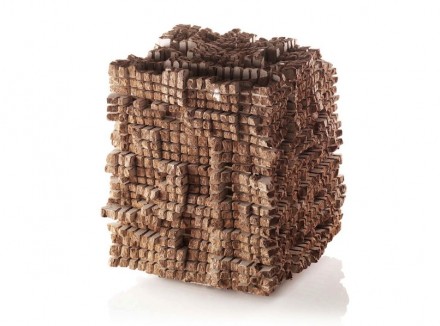 By means of hammer and chisel he chips away the tip of the miniature towers in such a way that a small mountain range ensues. That is when the rational pattern once again takes on the irregular shape of Mother Nature.

But the process is hard work. Trieb cuts the grid into the stone using a diamond saw. Note that the most recent work made of Carrara marble is 7 m long requiring a very steady hand. The saw, after all, weighs 5 kg.

An iron will is needed to go to such lengths. And Gerhard Trieb has an iron will, even if he is an amiable person and more of a thinker than an explainer.
He is not only determined with respect to his minimalist cubic grid. 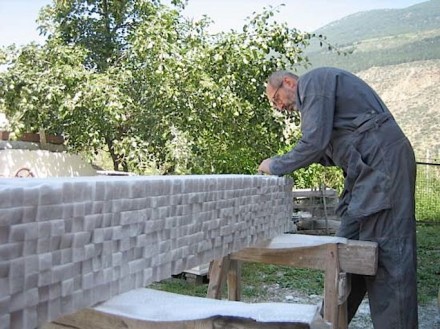 He also has a very firm view of the role of the artist and human being. He views artistic fervor with reservation. He „disassociates himself from the hustle and bustle of today’s life, and from inflationary replication of objects“, as he says. Slowness has „a quality all its own: I want to dig into the depth“.

But he is no solitary person or cultural pessimist, which probably has something to do with his background. His mother was a dress-maker, his father was a wheelwright, i.e. a wood craftsman. He learned the profession of a technical draftsman working in the building branch. At the age of 30 he had reached the rank of project supervisor, had achieved financial security and had acquired his first artistic contract. He could give his life new direction. 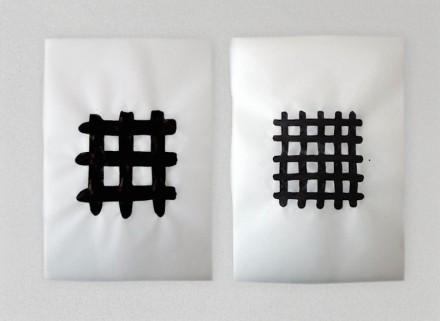 The grids began on paper – in a great variety of formats. When the India-ink caused the paper to buckle, he began to look at his drafts in a third dimension. As far as the skill of sculpting stone is concerned, Trieb is an autodidact.

The time he spent in the building branch was very helpful for Trieb’s sculpting skills: large stone cubes or stelae require solid technical planning from quarrying the raw block to the final set-up of the finished piece. Such works can only be tackled by someone with also a solid financial experience.