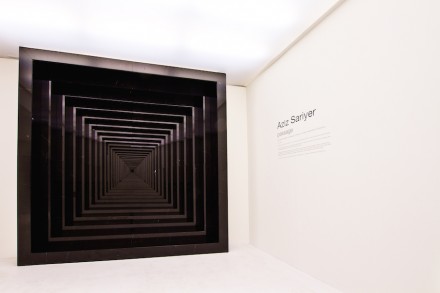 The theme was, once again, highly philosophical: „Marble Across Time“ was the name of this third edition of IMIB (Istanbul Mineral Exporters’ Association), the Turkish Natural Stone Trade Organization’s art exhibit at Milan’s Design Week held in April.

It’s all about the past, present and future and man’s path through the ages with marble as his constant companion. The invitation extended to artists and designers from Turkey, Italy and Japan was chuck full of symbolism: representing the past, Mesopotamia was the cradle of Western cultures, Italy is representative of the present modern society and Japan stands for the future where in the 21st century we are looking toward a growing influence from Asia.

The end of the IMIB-Presentation circle path was a sort of living room where visitors were invited to linger and reflect on the impressions.

Turkey’s Aziz Sarıyer transmuted the „past“ to „passage“. He let visitors walk head-on toward a black hole made of marble. The step-stone design conjured the impression that a camera was capturing visitors’ every move from the depths of the precipice. 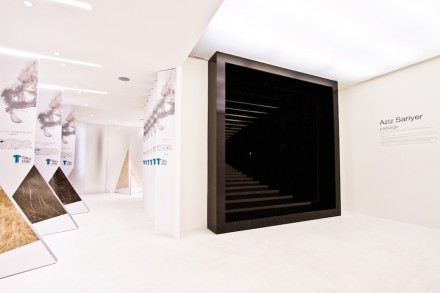 The path led along Pyramids upon which various types of marble were affixed. 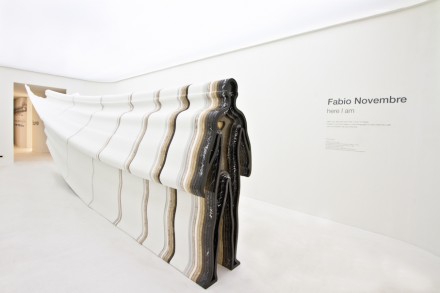 The present, bridging past and future, was the theme of Italy’s Fabio Novembre: a human figure extended to a time-line with arms reaching out but mutating to wings extended sideways. 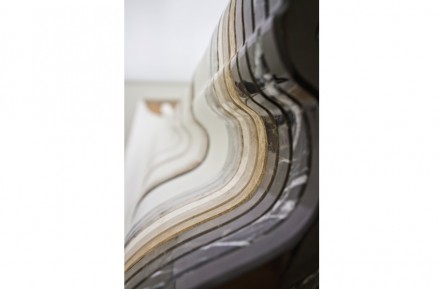 Slices of the time-line were made of natural stone drawing particular attention to various stages of life. 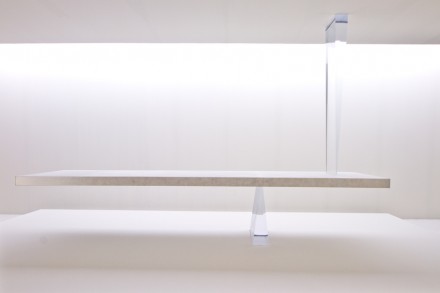 Japan’s Yoshioka Tokujin saw the future in a positive light: he let marble slabs float (figuratively speaking) through the room almost as if they had freed themselves from gravity and the weight of being and finally found perpetual equilibrium. 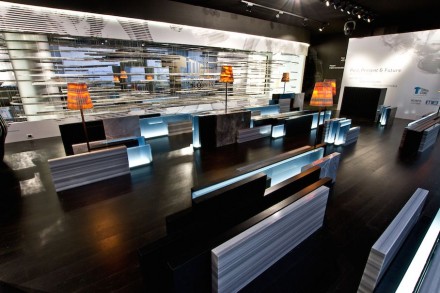 However: the fact that the beholder has to deceive himself immediately conjures doubt as to the future of mankind.

Erdem Seker of RDM’ design&architettura is the project’s curator. His last project „Time – Infinity“ saw marble slabs jut out of the ground as if they were shrapnel of centuries past, inviting visitors to have a seat. 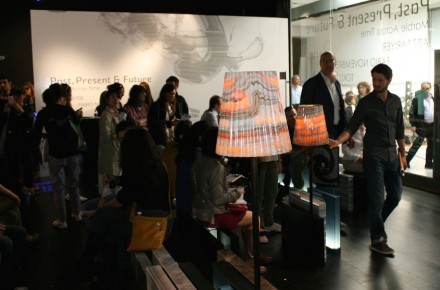 In sharp contrast, lamp shades made of onyx radiated a warm and cozy living-room atmosphere.