Library of Birmingham: „an ode to the circle“ 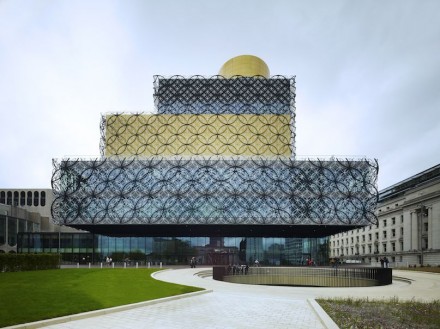 „Ours heads are round so thoughts can change directions“ – according to an aphorism by Francis Picabia. That may be the reason for circular lines alone or intertwined, which appear as decorative elements in and around the new Library of Birmingham.

With reference to the design, Francine Houben of the Dutch Mecanoo Architects writes: the building is „an ode to the circle“.

Brazilian slate was implemented as flooring in the foyer. It was treated with Fila Company’s Surface-Care-System. More on that later.

The exterior gives no hint as to the dedication of the complex: a number of building blocks are interlocked and set one upon the other. All around the exterior, the complex is clad in a mesh of circles set in front of the blue windowpanes and gilded façades of the archive stories. Pill-box elements top off the building.

But the over-all impression invites passers-by to come in and find out what the building holds in store. With this impression the architects have already achieved the aim of a library: arouse curiosity, give answers to questions and give inspiration. 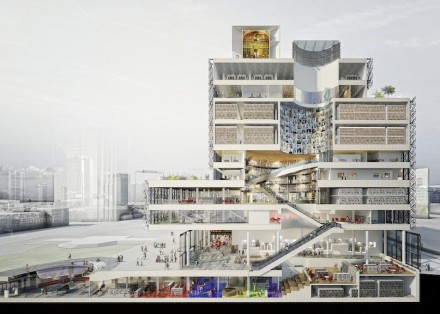 On the first floor the building opens with a rotunda as a central axis throughout the 10 stories of the library. 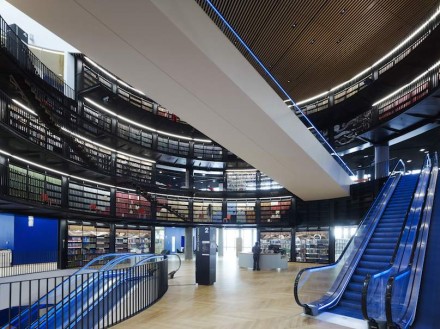 The construction is most impressive in those stories where bookshelves reach right up to the escalators: the impression is futuristic giving some the impression of travel via teleportation through space and time. 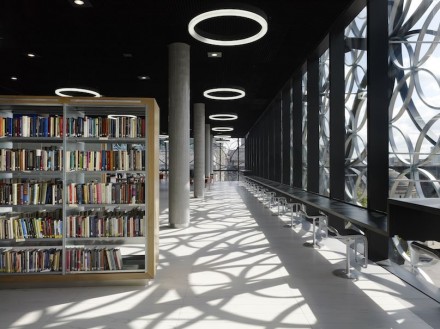 Daylight penetrates to the depth of the interior, expedited by ceramic tiles on the floor with a touch of marble on the surface. A glance outside allows a look through the façade from the interior. Sunshine allows the floor with patterns of shade and light. 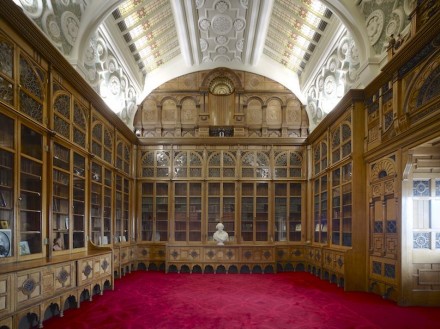 At the very top, two cylinders adorn the roof. Here the central axis ends culminating in the Shakespeare Memorial Room, reconstructed in full detail as it stood in 1882. It houses the first folio of the poet and his first publications among other treasures. 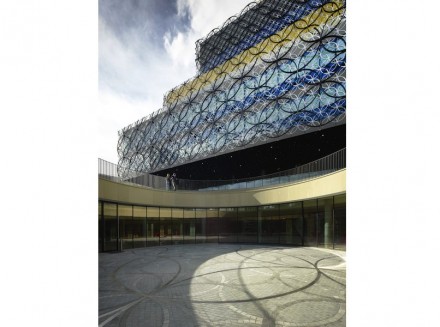 The lower level contains a rotunda called „Amphitheatre“. The flooring repeats the façade’s circular patterns in 3 types of granite in various hues and stainless steel strips. 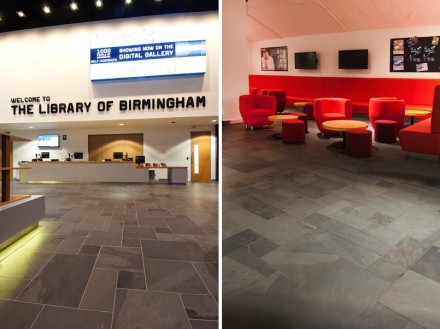 Some 1,800 m² of slate were mounted in the entrance extending to the Rep Theatre adjacent, which Mecanoo, too, refurbished. In the entrance area to the 3rd floor of the library, where a public terrace including green area has been built, natural stone was also used for the flooring. Slate work was realized by WB Simpson & Sons.

For the first major cleanup after installation, Fila’s Cleaner was used. Fila expounds: „Then the surfaces were treated with FILAW68, a water soluble stain protection compound ideal for porous surfaces indoors and out. The treatment does not leave a film but seals and protects the stone without compromising the appearance of the material. Both products belong to the Fila Green Line.“

The building was certified the second highest level of sustainability on the British BREEAM-Certificate-Scale. 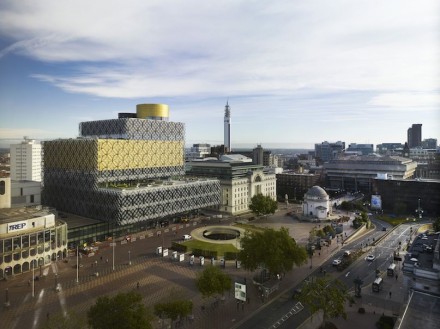 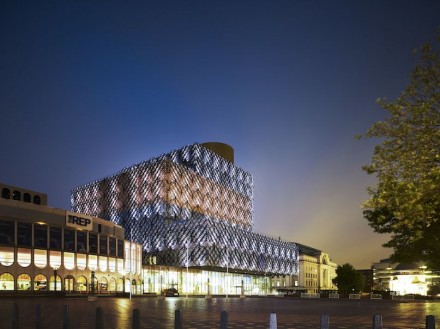