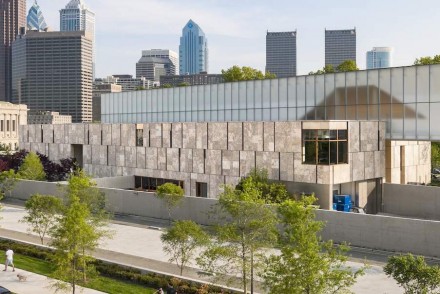 In contrast to the Museum complex which radiates pathos all along Philadelphia’s Benjamin Franklin Parkway in the US State of Pennsylvania, the new exhibition complex sponsored by the Barnes Foundation is low-key. It implements natural stone not as to show-off but rather as a tribute to the founder of the building who amassed an impressive collection of African art: The stone slabs reflect the geometric and colorful patters of the Kente Cloth typical of Western Africa’s coastal region. 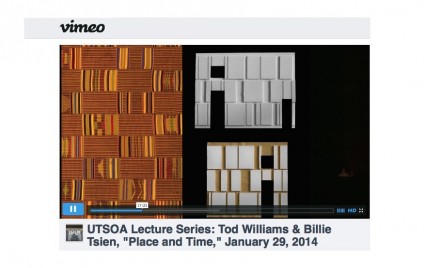 Our screenshot of a video demonstrates what we mean.

Whow: African metaphor instead of antique temples in the building’s façade to demonstrate the high art – in the center of Philadelphia of all places, home of the signing of the American Charter of Independence!
The architects were Tod Williams and Billie Tsien who were faced with a delicate challenge.

But first a few opening words on Dr. Albert Coombs Barnes (1872-1951), who brought the foundation to life: he made his fortune with the discovery of a cure for gonorrhea, acquired some famous works of art with luck on his side, and always felt an obligation to introduce young people to art. 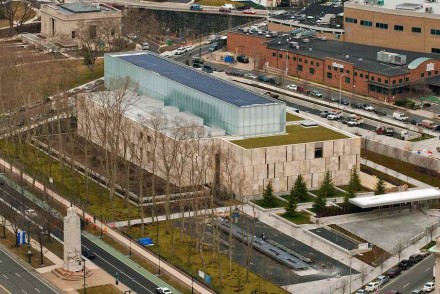 But he must have been quite the eccentric, giving no heed to advice from experts or the establishment, he preferred to realize his very own vision.

But now we must unveil the content of this collection whose value is sometimes estimated at two billion US-$: 69 works by Cézanne, 59 by Matisse, 46 by Picasso and 7 van Goghs, to name but a few, as listed by Wikipedia.
In view of the unusual importance of the collection, discussions on Barnes’ last will and testament are understandable: he bequeathed that the pieces were to remain at their location in Lower Merion near Philadelphia and that the presentation was to remain unchanged. 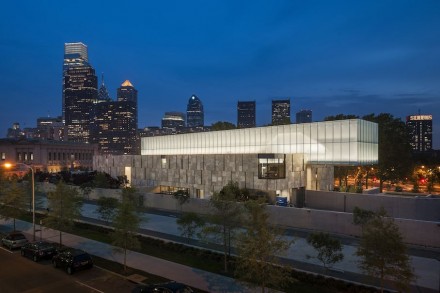 Perhaps the architects and the current board of trustees meant to bow to the last will of the founder. Barnes always had a special interest in African Art. His special means of presentation was adopted albeit modified to make it more user-friendly. The lighting, e.g. is now adequate.

There is a little bit of Barnes right at the entrance: messages and communication is projected on the wall, not conveyed by means of LED banderole. 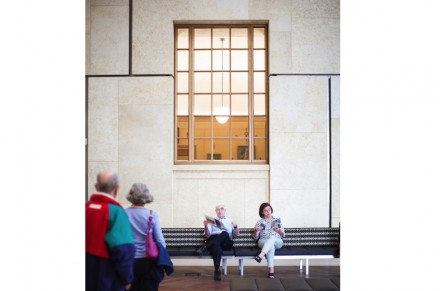 After leaving the entrance area, visitors enter the inner court with its café. It’s almost as if one had been invited to have a cup of tea with the neighbors where one can look into the interior through plain windows. „Peeking out at you through the windows are … El Grecos and Gauguins“, commented Vogue magazine. 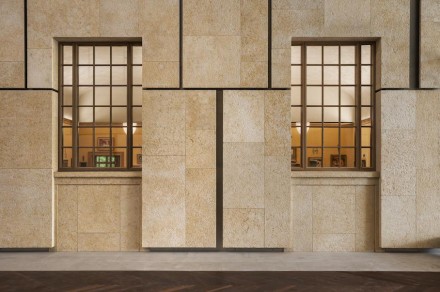 The design of the natural stone inner court is worth special mention: Ramon Gold limestone, a variant of Ramon Grey used for the outer walls, clads walls inside. Both originate from the same quarry in Israel and were supplied by ABC Stone. 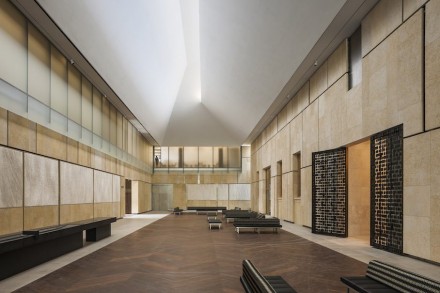 The white surfaces between the stone slabs are very decorative. These are examples of textile craftsmanship by Dutch artist Claudy Jongstra. 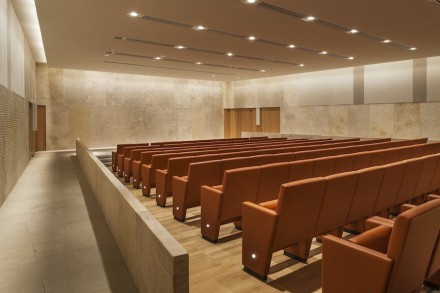 The Auditorium with seating for 150 persons is also adorned with the golden limestone variant. For aesthetical and acoustical reasons, textile and wood surfaces were introduced between the stone slabs. The flooring is covered in German limestone which we first saw at the edge of the atrium (supplied by ABC Stone).

The museum is the first building to receive LEED-Certification of the highest order („Platinum“). Two more natural stone types played their part: San Sebastian granite quarried by Polycor of Canada. Here the transportation was a mere 500 miles. The stone was supplied by Walker Zanger Company. Next to it, Absolute Black granite was used.

Brochure Tucker Awards. The detailed cooperation of the involved parties re natural stone is described on pp. 36. 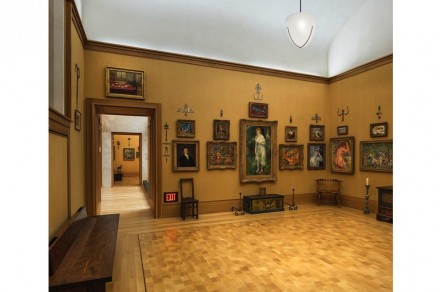 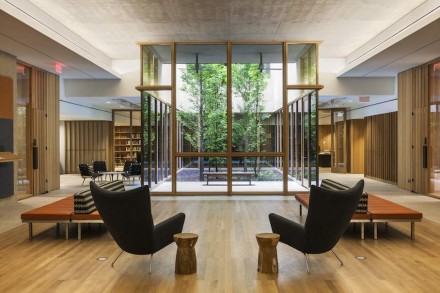 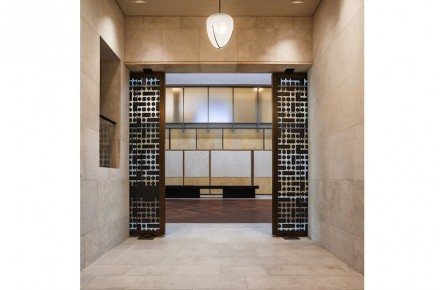 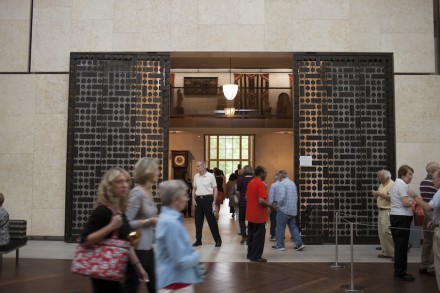 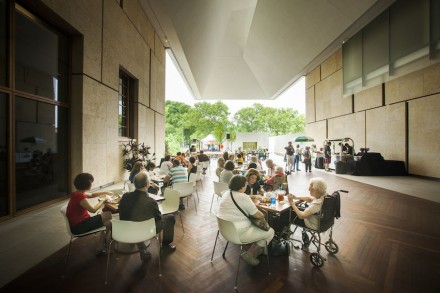