A new lease on life for marble 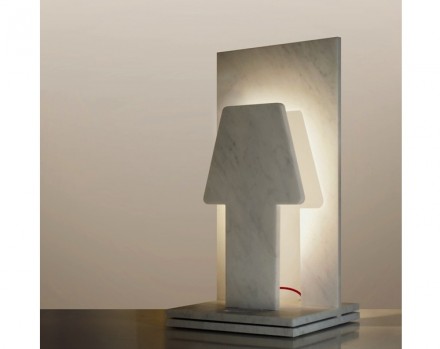 „Recycling“ is a buzz-word, which evokes many a misconception. It means, in fact, usually „downcycling“, i.e. the product can be re-used but it usually loses quality to such an extent that its fate is sealed and it eventually lands on the dump after all. E.g. paper: soaking and drying waste paper usually shortens and damages the wood fibers to such an extent that it can hitherto be used only to make cardboard. After that, its use is restricted to fuel for the furnace. 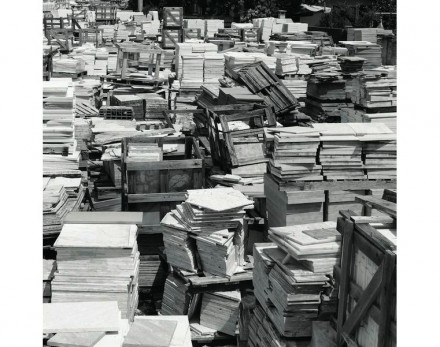 Let us assume that numerous such tiles are kept in storage. The designer’s challenge was: can this valuable material be put to good use not merely grinding it to gravel? 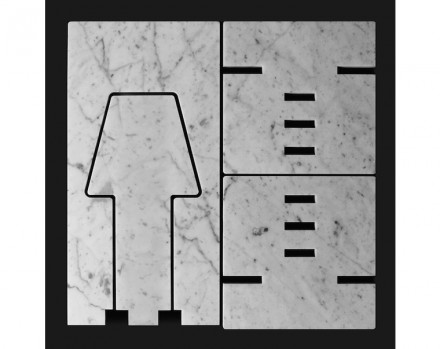 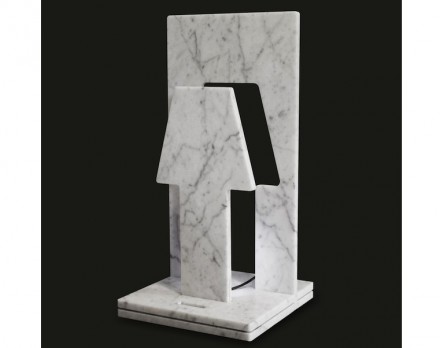 A brilliant idea: that which appears to be a shadow on the photo is, in fact, the lamp itself. 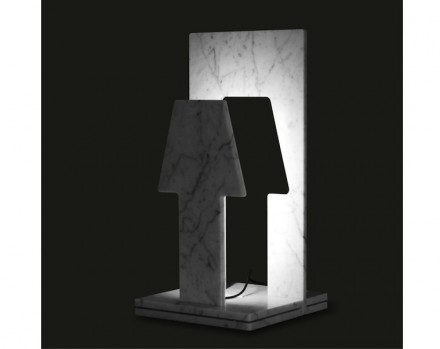 The light can be dimmed by moving the cutout at the foot of the lamp. The connectors in the foot require high precision of water-jet cutting, a technology implemented almost as a matter of fact by designer Paolo Ulian.
Possibly our waste tile storage also contains pieces of 1 cm or more in thickness, e.g. 4 cm – just what the designer is looking for. 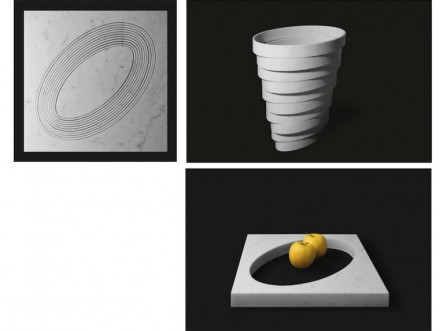 E.g. for the vase „Gerla“. It is made of concentric rings, stacked one above the other. The last piece can be used as a fruit bowl. Water can be filled in the foot of this vase. 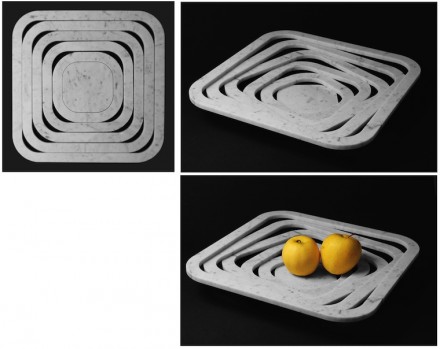 Similar to the „O-Ring“, here another fruit bowl, in which 1 cm-thick tiles are used. 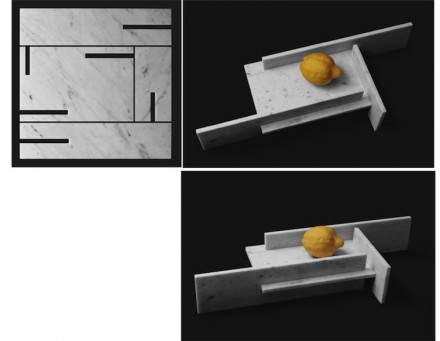 And again, a fruit bowl by the name of „Piet“. 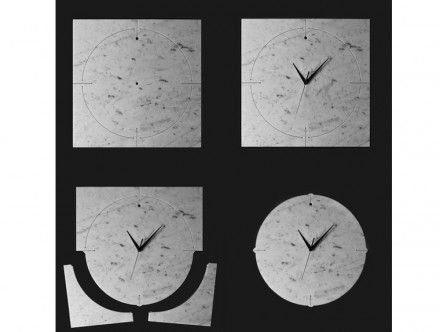 And finally the clock „Quadrando“, a toy for customers. 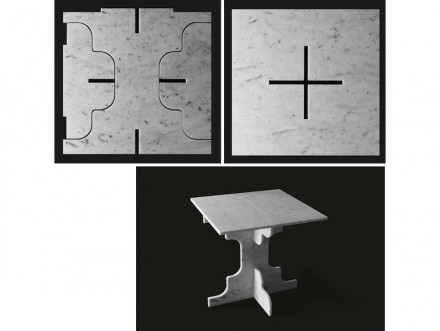 Or the coffee table „Sfrido“. Note: the original material in all cases is the reclaimed tile 40x40x1 cm.
We drew Ulian’s attention to the works of US-Designer Joe Doucet, who recently came out with a similar connecting elements (see also). He writes us: „I like Joe Doucet’s ideas because they are very dry, essential.”
And he adds: with water-jet technology marble tile remnants can be worked to high-end products – practically without producing new waste.

The designer makes an art out of the longevity of natural stone.