Update on the venerable art of chiseling marble 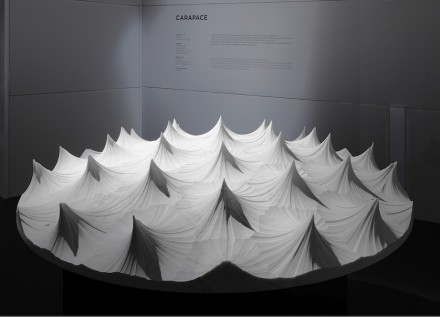 It would be silly to mention the inventor of hammer and chisel whenever works by Michaelangelo are being discussed. Sometimes, though, a reference might be appropriate, e.g. with reference to the project „Design & Technology“ unveiled at the 2014 Marmomacc: here the Italian industrial designer Raffaello Galiotto got together with manufacturers of machines and tools with the aim of widening the horizons of the branch.

Of course, natural stone producers who must test new developments also play an important role in the project. More precisely: the CEO’s and employees whom Galiotto motivated to jump on the boat. 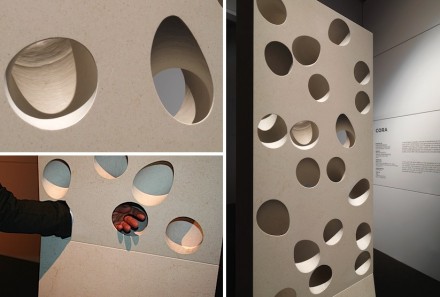 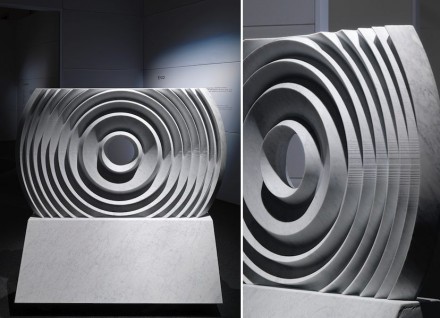 In the case of „Evo“ the Carrara-Marble was worked by means of a diamond saw. Note the diagonal ridges which were not intentional according to Galiotto.

This would be a good time to philosophize on the influence of machinery and tools on the final product. The phenomenon of the „glitch“ is well known from the world of electronics – a temporary bug in the system which seemingly comes and goes at a whim. NASA’s Apollo Space Program was a case in point, in which such glitches were often the source of considerable stress for technicians.

Was a glitch responsible for the unexpected traces in the material?

Remember that Michaelangelo claimed that he merely freed a figure from the restraints of the stone from which it ensued, having been concealed there all the time. 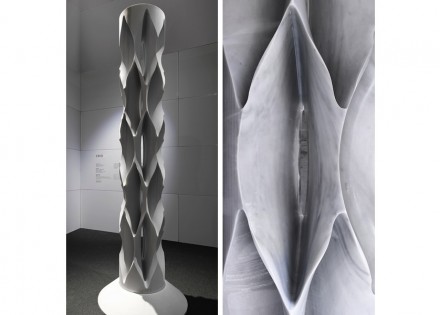 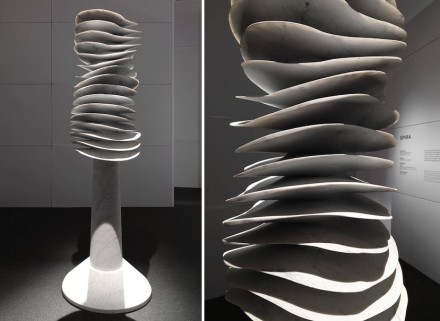 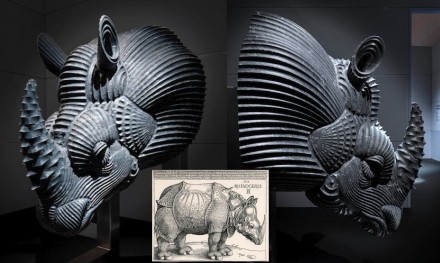 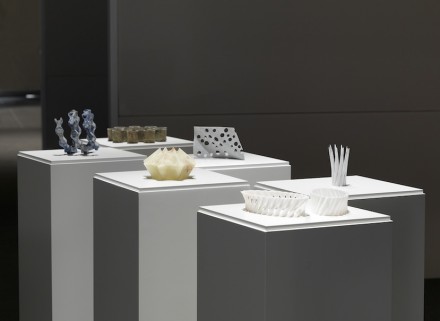 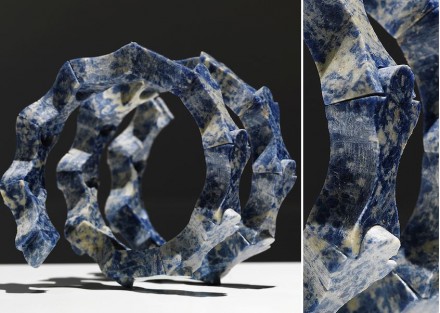 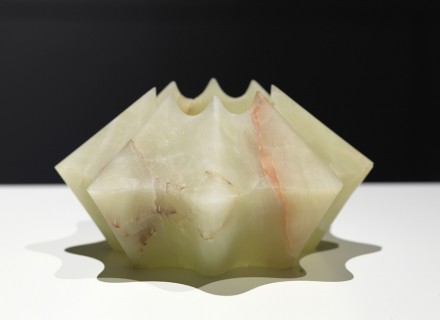 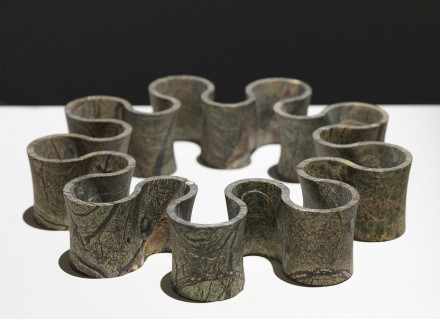 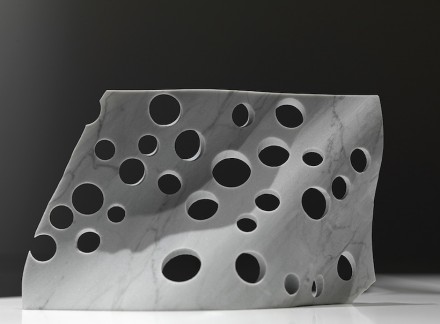 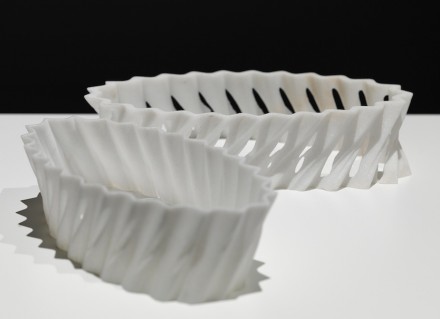 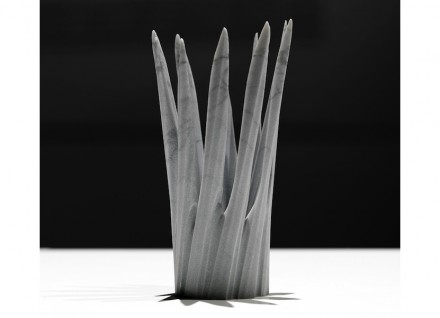 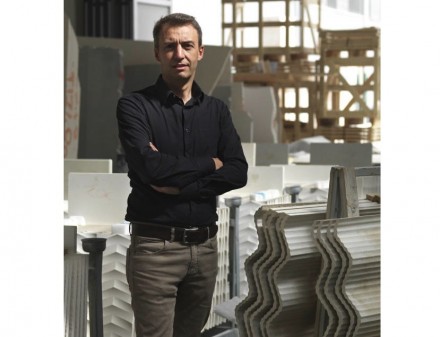