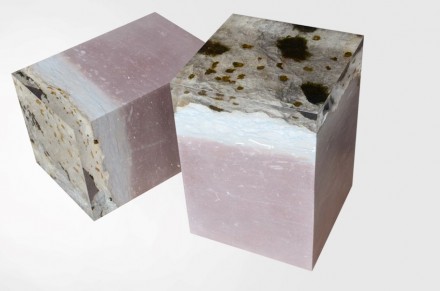 To combine natural stone with other material is a technique probably born of the craft of mosaic. But rarely has natural stone been combined with resin. That, however, is just what the designers of Alcarol, Andrea Forti & Eleonora Dal Farra, did: Their chair by the name of „Dolomyth“ is a piece of the rock and has been cut out and coated in such a way that a chair or side table ensued. 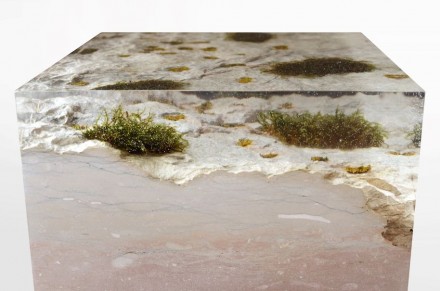 The art is in the special resin used: giving the impression that the stone is coated in crystal clear water.

The impression creates an additional level of interpretation: the Dolomite stone took millions of years to ensue, starting with limestone deposits from the pre-historic oceans all the way to the massif resulting from colliding continental plates and towering above the Italian Alps today.

The sedimentary layers are visible in the block. 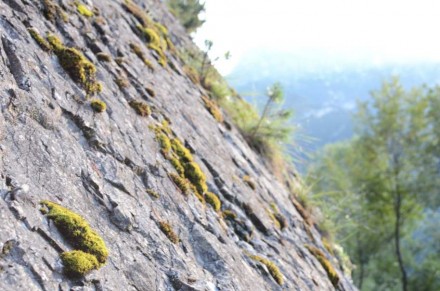 Cutting the block out of the rock is like taking a snapshot and making time stand still. The resin seals the stone including moss and lichen as if encrusted in a thick layer of ice.

The blocks originate from a defunct quarry. 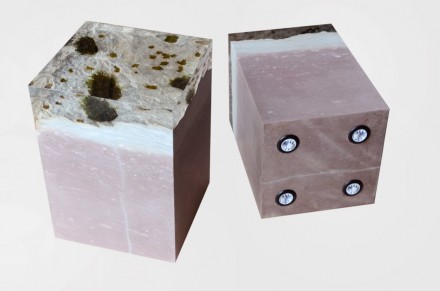 With the consumer in mind, the designers equipped the chair with rollers lending a certain degree of mobility to the massif piece of furnishing. 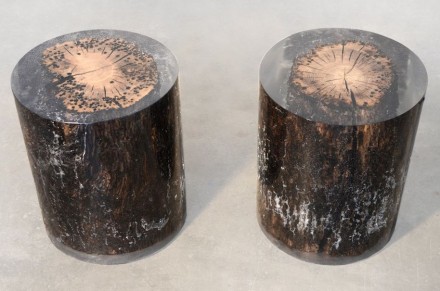 Similarly „FishEye“, a chair and side table crafted from an oak pole from the Venetian Laguna, captures time and shows how the lowly naval shipworm tunneled its way through the substance of the wood. 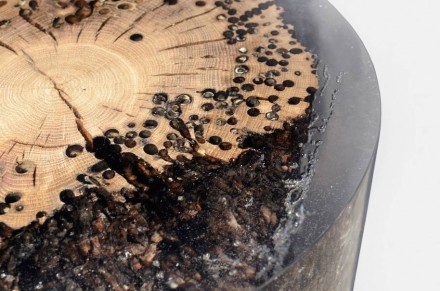 Bubble enclosures in the resin conjure the impression of an underwater world, as if the wood were still in its original place. 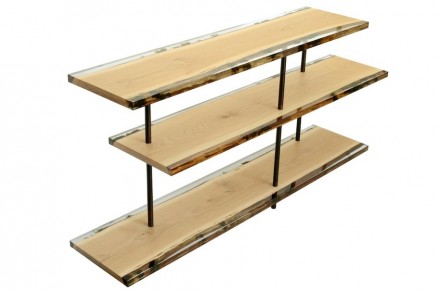 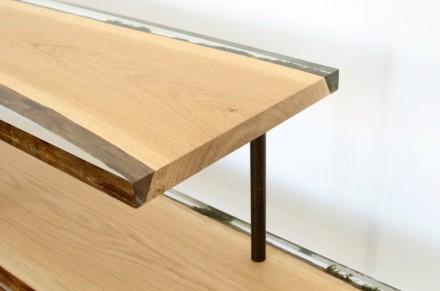 And finally „Undergrowth“, a shelf or console made of oak-wood and coated to encase the bark and moss on its surface.

Resin was wed with marble some time ago by La Perla Company of Italy in their creation „bi.materia“ (see below).