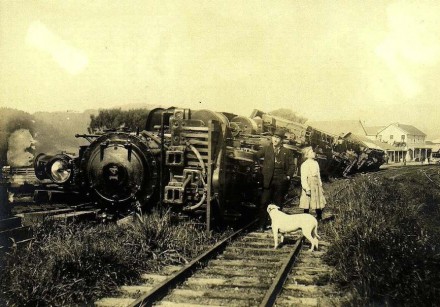 From earthquakes and volcanoes to tornadoes and hurricanes, nature’s forces shape our dynamic planet and often endanger people around the world. The Exhibition „Nature’s Fury: The Science of Natural Disasters“ at the American Museum of Natural History will uncover the causes of these natural disasters and explore the consequences. The show will also examine how individuals and communities cope and adapt in the aftermath of these events. It will close on August 09, 2015.

Interactive displays and animations will help visitors understand how these natural phenomena occur. In the exhibition, visitors can monitor earthquakes worldwide, in real time, manipulate a model earthquake fault, generate a virtual volcano, stand within the center of a roaring tornado, and watch the power of Hurricane Sandy via an interactive map of New York City. As visitors engage with and explore these interactive exhibits, they will learn how scientists are helping to make better predictions, to plan responses, and to prepare for future events.

Among other topics, the exhibition highlights the link between plate tectonics and volcanoes, and earthquakes, and tsunamis. Visitors will learn how Earth’s crust is made up of vast rock plates in constant motion, grinding against each other as they move, and creating deep fissures called faults. Over time, immense amounts of strain build up, causing the plates to give way and the rocks on either side of a fault to slip past each other creating an earthquake.

„Nature’s Fury: The Science of Natural Disasters“, in the American Museum of Natural History (AMNH), N.Y.C., until August 09, 2015