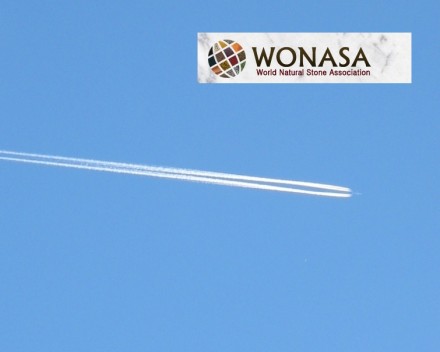 The World Natural Stone Association Wonasa will put stronger focus on national level and on support of young architects. As an example, President John-Petter Gunderson of Norway’s Lundhs Company pointed out a Polish University students’ competition in which students are encouraged to choose a theme involving natural stone for their final exam. The best work will win a trip to the Marmomacc Trade Fair 2015.

Activities are scheduled to begin in November 2014 in Poland. Similar projects are in planning for 2015 in the Czech Republic, India, Brazil, Egypt and Turkey.
Wonasa also plans an „educational seminar“ with the Xiamen Trade Fair to promote natural stone for the building industry in China.

The new focus was described by President Gunderson in a press meeting at Marmomacc: „We cannot take on the task of global marketing for the entire branch.“ What he meant was that marketing efforts must be localized where the markets are – i.e. on a national level and commensurate with the given situation.

Wonasa is looking toward global work where themes touch international interests, e.g. supporting the European umbrella organization Euroroc financially with the finalization of the European Product Declaration (EPD). The certification is a binding requirement for all building material sold in Europe. For certification EPD requires facts and figures on sustainability of stone. The data is interesting for companies outside Europe as well, as they will develop similar declarations sooner or later. 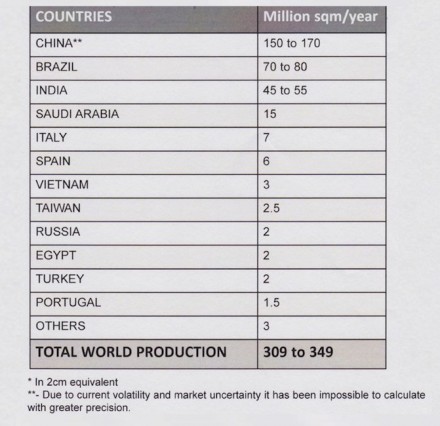 New for Wonasa’s activities is its prognosis on granite quarrying for the current year. „It was Wonasa’s aim to arm companies with figures needed for financial investment“, as expounded by Director Anil Taneja of the Spanish trade magazine Lithos. The prognosis is based on a poll of member companies.

Financial forecasting is in planning for other types of stone in the future.
Wonasa already boasts 55 members from 19 different countries. In 2013 the membership included but 51 from 17 countries. New members are introduced by invitation. A special rule ensures that no country can dominate the association.
Wonasa