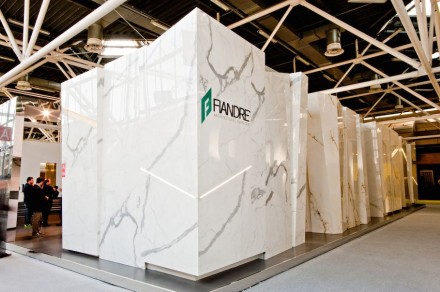 Not only do ceramic tiles, imitating other materials, look closer and ever closer to the real thing. At this year’s Cersaie Trade Fair, September 22nd to 26th in Bologna, a number of companies presented a wide variety of tiles with tactile surfaces.

Ceramic tiles 3.60 x 1.20 m and 3.20 x 1.60 m respectively were exhibited at several stands. In the international edition of „Cer“ (Nr. 34) the Italian ceramic trade organization boasts that the branch is able to produce tiles of „up to 5 m in length“. 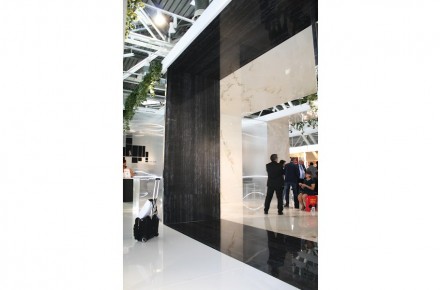 Many of the exhibitors had erected rectangular portals impressively reflecting the dimensions of the tiles they produced.

The branch has „thicknesses of 30 mm in the pipeline, which will be ideal for kitchen and bathroom counter tops“ according to the magazine „Cer“.

More than in the past, marble facsimiles were all the buzz. The technique has been well established allowing for a wide variety of almost perfect imitations. 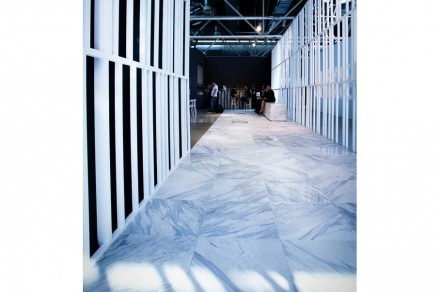 Spanish-based Todagres Company, we learned, has over 70 varieties of marble in its palate of ceramic imitations. 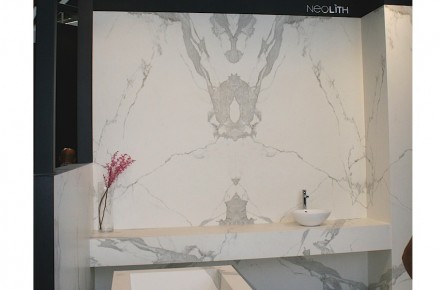 Thesize Company, also based in Spain, showed engineered stone by the name of Neolìth as book match. 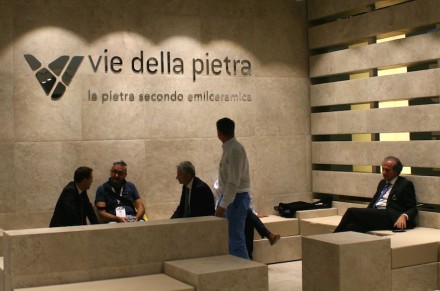 Ergo: to identify natural stone, one must submit it to the haptic test. However manufacturers are working on new ways to fool even the savviest. 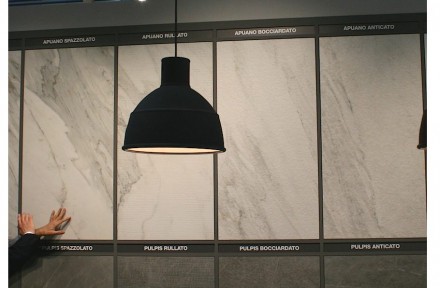 But so far, the haptic experience is disappointing – fault of the glaze. 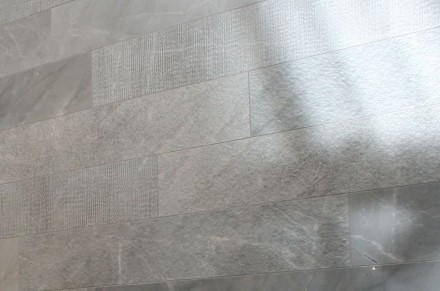 The fact that the ceramic industry is doing all it can to deceive all five senses convincingly demonstrates where the strength of natural stone lies. 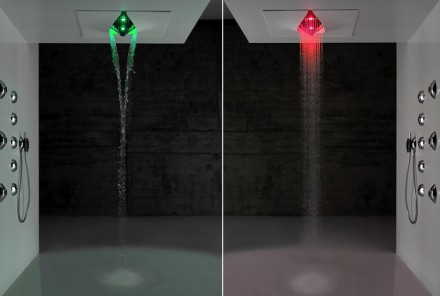 „Chromotherapie“ is the new buzz-word for bathrooms. It refers to colored light which can influence people’s mood. 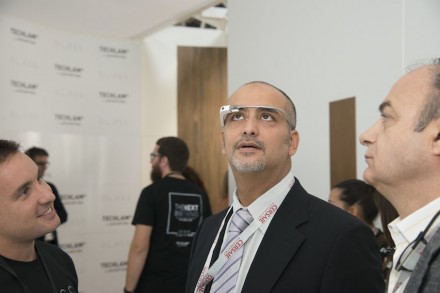 Spanish-based Levantina, producer of the engineered stone „Techlam“ as well as supplier of a number of natural stone varieties, also played with visitor’s moods with its Google Glass-eyewear which projects additional information into the line of sight.

And finally a few remarks on this, the 32nd Cersaie, International Trade Fair for Architecture and Bathroom design: natural stone and wood producers had their own focal point in hall 22 – a first for the fair.

The supporting program by the title of „Cer-Sea“ dealt with alternate use of public beaches outside the main season.