„Juma Exclusive“: Natural stone according to the customers‘ wishes and in exclusive design 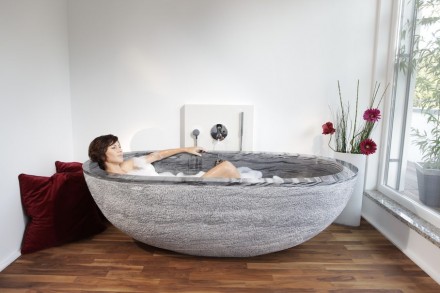 Accordingly the products which Juma promotes under the new trade mark are not only meant to sell but are also a study in new ideas: the aim is to outline the spectrum of possibilities which the company is able and willing to realize. 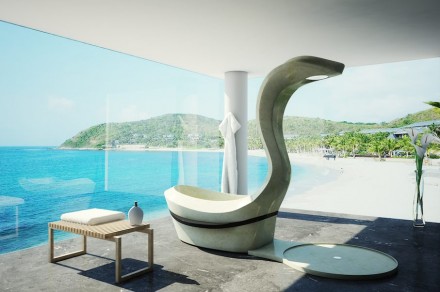 „Jumamba“, a case in point, is a combination of shower and bathtub with a clear analogy to the mamba snake or „Jusoccer“, a bathtub in natural stone in shape of a football boot. The wellness-snake, which was introduced at the IMM 2014 (Cologne’s furniture trade fair), caused quite a stir, whereas the football boot was in the focus of the media at this year’s FIFA world cup. 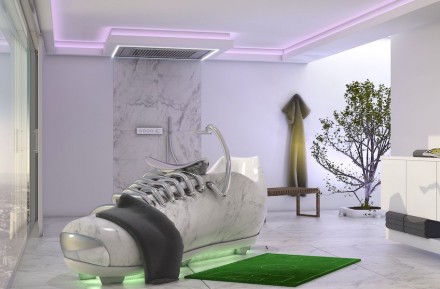 The narrow path separating crazy in the eyes of the media and serious in the eyes of the customer is negotiated with emphasis on tradition. The company web page focuses on eight decades of experience as the foundation of its modern know how in working the Bavarian Gungolding and Jura-limestone.

By and by, particularly for the exclusive line, Juma purchases its stone from suppliers around the globe. 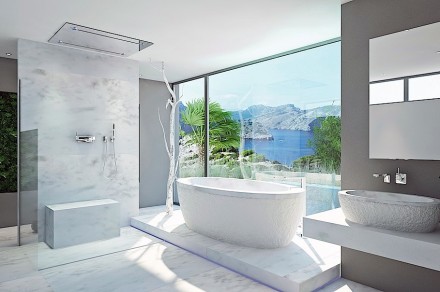 One prominent example is Juma Exclusive’s bathtub in the „Jumassif“ (Juma massive) production line: note the polished inner mold which flow over the rim until it reaches a separating line where the stone reverts to its original natural rough surface. 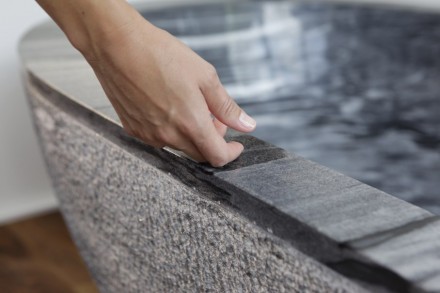 The design is meant to invite hedonists to enjoy skin contact. 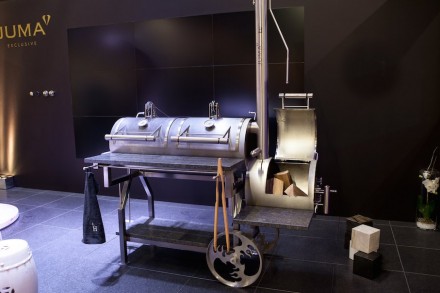 And last but not least „Juma BBQ Smoker”, in which the natural stone counter top plays but a subordinate role: it is the line dedicated to the art of smoking, the new form of low-temperature cooking in a smoking chamber, which has attracted a great number of followers especially in the USA. Preparing food in the smoker is a gentle method of cooking which lends a smoky flavor.

Kitchen countertops are a new segment of the mother company. There are 3 lines: natural stone („Junature”), quartz („Juquartz”) and ceramic („Juceram”). According to a press-release, the aim of focus is customers with a high „affinity to luxury and prestige“, i.e. all those who are willing to invest in the sophisticated including those for whom money is no object.