Oversized picket fence in stone for the façade 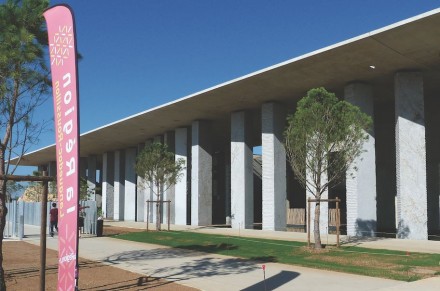 Update: The French trade magazine Pierre Actual dedicated a special edition to massif building in natural stone with a detailed description of the project. The publication (in French) is available as a free download (pdf).

François Fontès wanted to emulate the landscape as well as the Mediterranean architecture in his concept of the Marc Bloch Lyceum. He achieved this with open buildings, cooled by a natural breeze and natural stone. The complex is built to accommodate 1,200 pupils and includes boarding rooms. It is situated in the town of Sérignan, in close proximity to Narbonne and extends across an area of 5 hectares. The school is but a few kilometers from the beach and does not look like a school at all.

From the street front, a row of 8 m high stone pillars catches the eye. With a little fantasy, one might see an oversized picket fence of the type widely used in the region to secure the dunes. 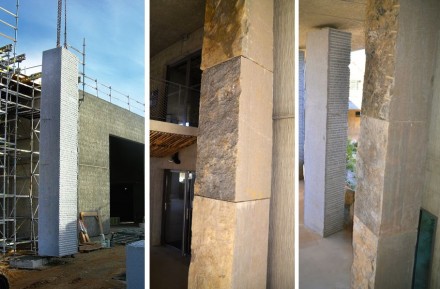 Two types of natural stone were used: local Pompignan limestone and du Tarn granite mined in the Sidoble region, some 100 km away. Fontès chose stone because of its longevity: buildings in the area are traditionally erected to stand the test of time, he sites.

His choice of granite mined in some distance was made because local limestone cannot be won in such long pieces.
Carrières Plo Company provided some 123 of the giant Silverstar granite pillars cut from the Massif Central. The dimensions are 1.20 m x 0.90 m and up to 8 m high. The largest ones weigh some 25 t each.
Further 37 pillars were cut from the Pompignan limestone and assembled from smaller elements. 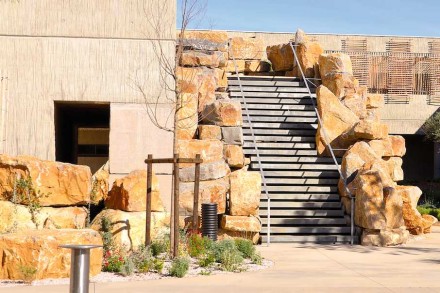 The same material was used in form of raw blocks for other design elements in the complex e.g. stair wells or atria. The thick and massif chunks of rock are meant to reflect the wildness of the Département Languedoc-Roussillon. 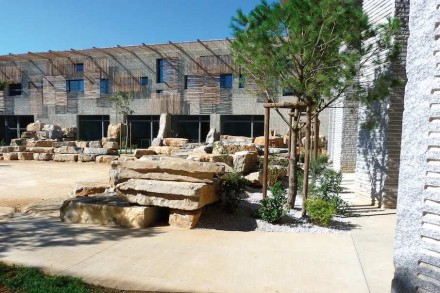 The inner courts what with their façades of concrete pick up a typical element of the Atlantic Coast region: The surfaces look like reed. The same motif can be seen along the inner halls of the building. 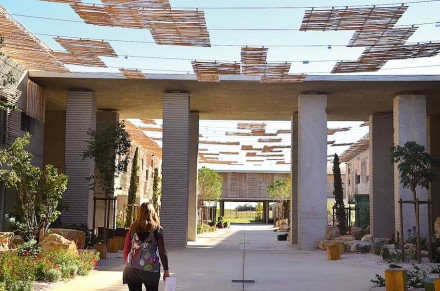 Interaction of light and shadow also belong to Mediterranean architecture. The architect brought this element into the atria in a particularly convincing manner: the picket fences along the dunes are reflected not only along the façade but can also be seen in the roofing over the inner courts. 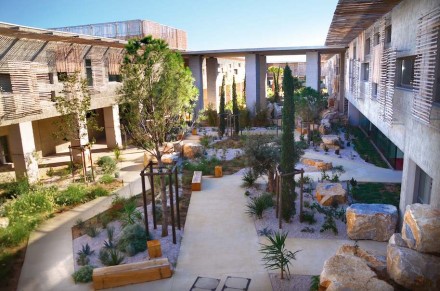 They reappear as sun screens in front of the walls and in the cafeteria’s ceiling. These are thin tree trunks quartered and weaved together with the aid of wire. 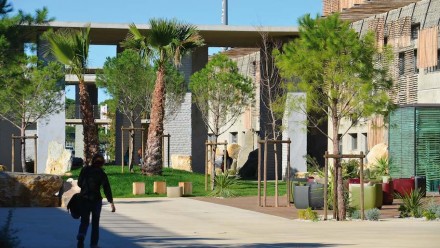 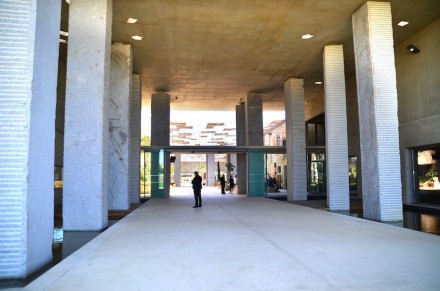 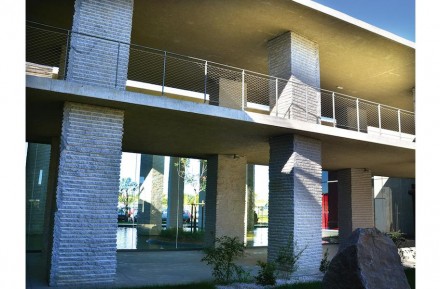 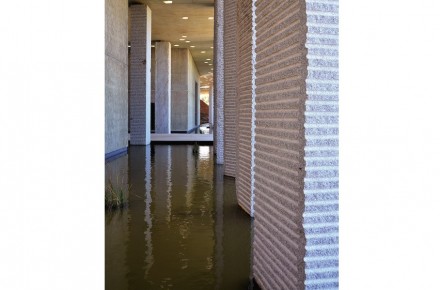 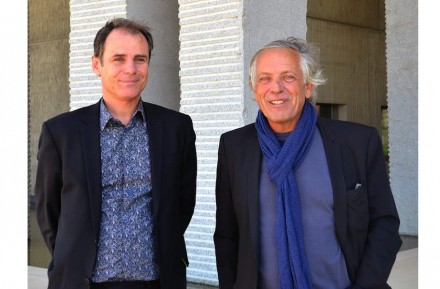