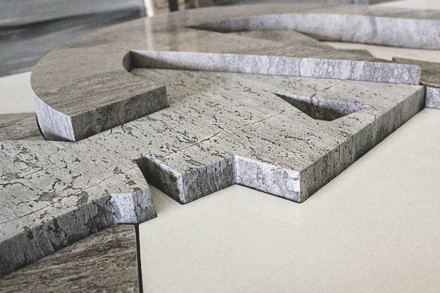 Greek Stone Group International Company was presented with Marmomacc’s Best Communicator Award for its exhibit-stand design „12 Mythic Marbles“ – and rightly so, since the company had linked natural stone with ancient Greek mythology and done so with a very high standard of craftsmanship. The design of the stand was most unusual indeed. 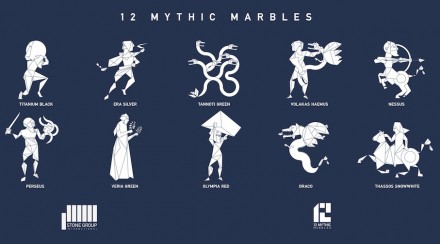 Not to confuse our readers: only 10 stone figures including the underlying saga were on show. The two remaining figures are to follow shortly according to the company.
The idea was born by the company’s marketing director, Iosif Isifidis, who admits to a foible for the country and its history so it was a natural step to do some research in the regions where the company’s quarries are situated. 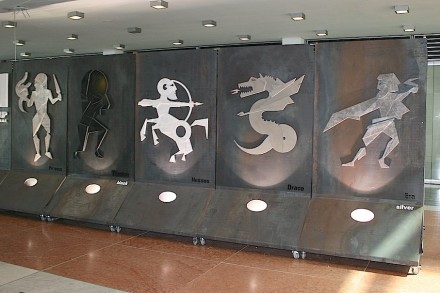 „Draco“ (dragon) marble, e.g., is quarried in the mountains in the north of Greece. The massif is named after the Kings’s son who was befriended with a dragon and was slain by his jealous brothers. The dragon Draco thereupon swore terrible revenge. 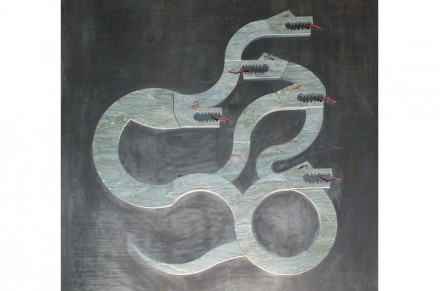 The green Serpentinite „Tannoti“ originates from the Island of Tinos, whose name is derived from the Phoenician word for snake, to which the island owes its name after seafarers found it teaming with the carnivorous legless lizards. But the Poseidon, God of the Oceans, had pity on the dwellers and miraculously freed the island of the plague. 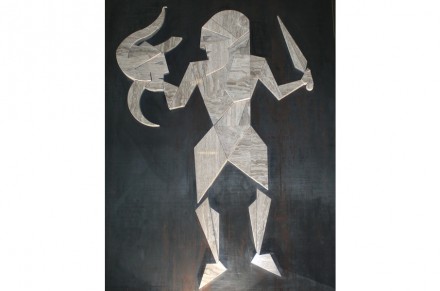 Or „Perseus“, whose lot it was, to deliver the head of Medusa, a task made most difficult as Medusa’s hair was a nest of snakes and anyone looking at her was damned to immediate petrification.

Iosif Isifidis’s artistic realization in cooperation with the work of dolphins//communication designers is highly noteworthy. There is a noticeable parallel to figures on antique Greek vases, yet the design is very modern.

The Marmomacc presentation was three-tiered, each part bringing with it an extra dimension as compared to the previous one: the wall (top) shows bas-relief, almost two dimensional figures. 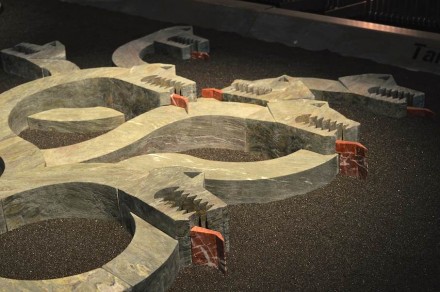 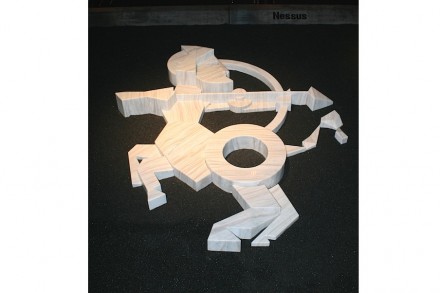 The figures within the stand were worked in high-relief, so three-dimensional, perhaps not noticeable at first glance as the figures were placed on the ground. 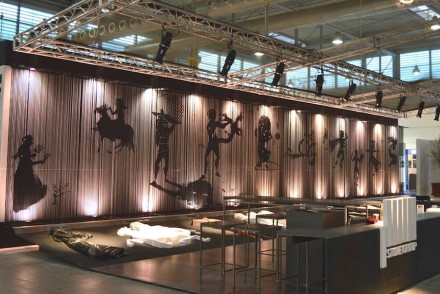 The stand’s backdrop wall created a fourth dimension, namely time: as can be seen in a video, the figures seemed to move as the beholder moves along like figures on anaglyph 3D postcards. This form of animation as the idea of the team around architect Michaelis Theofilou of ARCHKT Ltd. 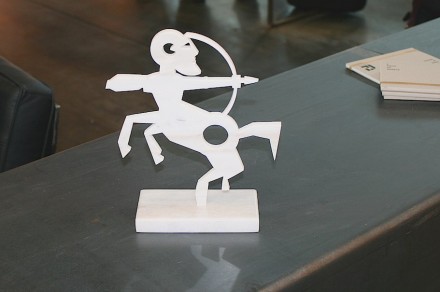 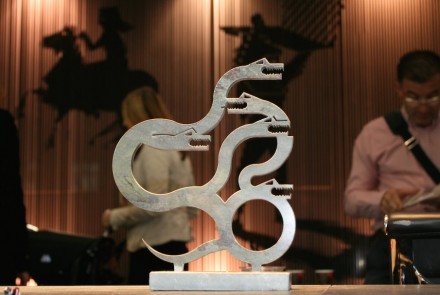 And last but not least, the art took on an element of product design: The mythical figures could be found on the tables of the stand in a simplified form as place cards. 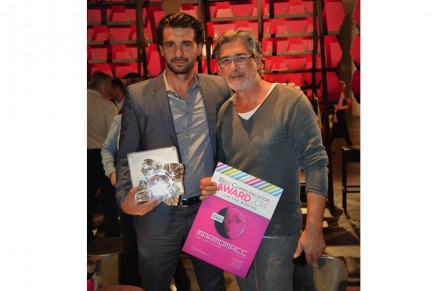