EuroSkills 2014: Geoffrey Bubendorff of France is the winner of this year’s award for stonemasonry 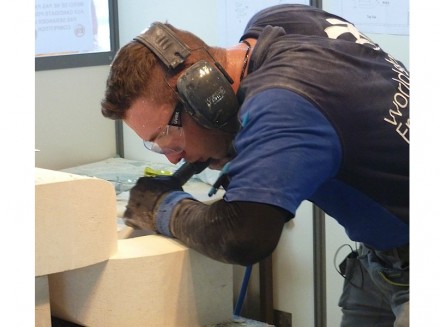 Geoffrey Bubendorff (see photo above) of France won the gold medal at the EuroSkills professions competitions held from October 2nd to 4th in Lille, France. 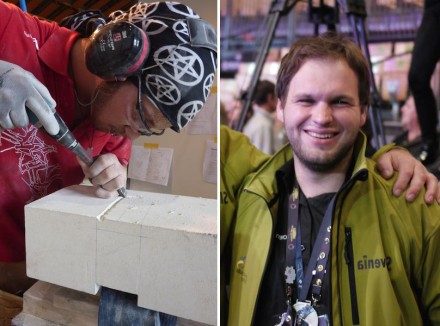 Two silver medals were awarded to Jeremia Bruckbauer of Austria and Leon Mahnič of Slovenia respectively. 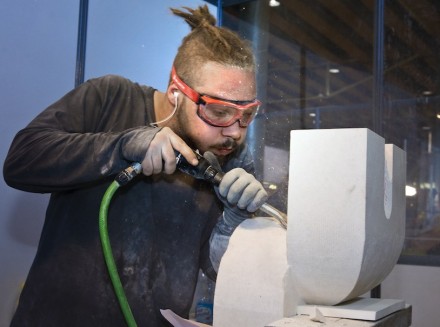 Finland’s Matti Haapaniemi was awarded the medal of excellence.

Participants are given a highly demanding task to complete within the realm of their professional skills which must be completed within a given time frame under the watchful eyes of the jury. Visitors and on-lookers provide additional pressure – in Lille some 90,000 interested guests scrutinized every move. 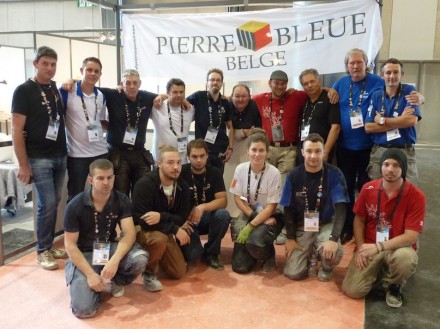 Prizes are awarded by points. Participants who exceed the 500 point mark are eligible for a medal of excellence. This year’s event saw two runners-up next to the 4 award-winners come within close reach of the mark of excellence: Belgium’s Charlotte Martin reached a total of 478 points and Connor Crawford of Great Britain was given 445 points.

Austria not only won the silver medal for stone masonry. It also occupied pole position of all participating countries, followed by France and Finland, as well as taking the highest overall marks.
The next EuroSkills will take place in 2016 in Gothenburg, Sweden.

Brazil’s city of São Paulo will be hosting the WorldSkills from August 11th to 16th, 2015.