Where, within Europe, do citizens have the most spending-money 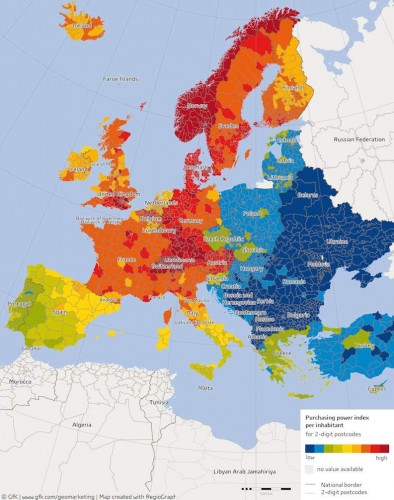 In 2014 European consumers had a total of 8.83 trillion Euro spending- or saving-money at their disposal. That is an almost unfathomable amount: 8,830,000,000,000.00 Euro or an increase of some 2% over one year prior. Yet more interesting is the analysis of the purchasing power by country. 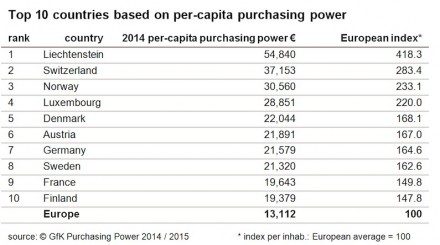 The top ten are all situated in the north, west or center of the continent. Countries in the east showed a substantially lower liquidity: Bulgarian citizens, e.g. had a mere 3,097 Euro at their disposal, or 10% of the 30,560.00 which Norwegians had to spend.

Marketing researchers at Gfk Marketing focused their view particularly on Great Britain, as positive signals are once again emanating from there implying economic growth particularly in the building branch.

Unusual compared with other countries is the fact, that the capital city of London does not lead the lot in respect of purchasing power, as opposed e.g. to France: Parisians have some 30,796 Euro per capita spending-money at their disposal – some 1.5 X the country’s average. 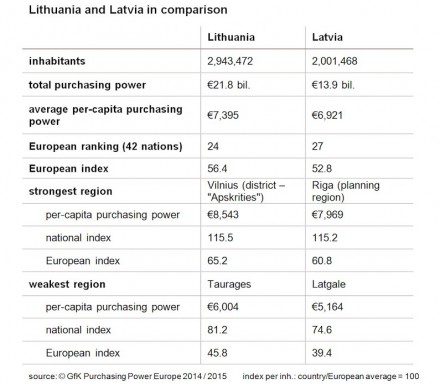 Lithuania and Latvia, dubbed „the Baltic Tigers“ by the marketing researchers are running nose to nose somewhat above the European average. 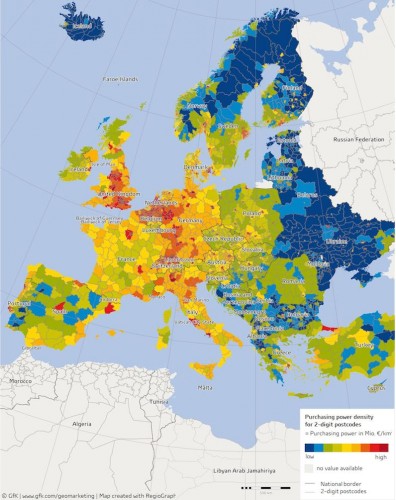 The purchasing power density is also an interesting aspect, i.e. the sum available by surface of region as seen in the table above. The metropolis regions, of course, lead. Sparsely settled regions trail.