Toys (for adults) in natural stone, also suited as giveaways 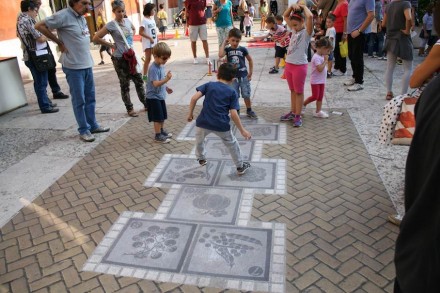 Arriving a couple of days early for this year’s Cersaie and Marmomacc, we settled down in our Verona quarters – a situation not to be scoffed at. As usual, the city had a special attraction in store at the end of September: Tocatì is the name of the street festival, which has taken place annually since 2003. Tocatì in local Veronese dialect means: your turn!

Of course we took the opportunity to stroll along the streets of Verona for an afternoon and actually found a few stone games. 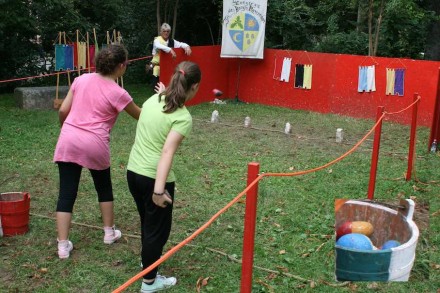 E.g. this ancient form of bowling. The stones are varnished. 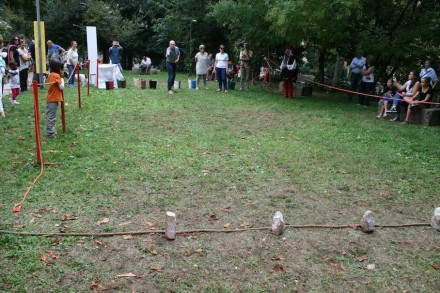 For adults the distance is increased. 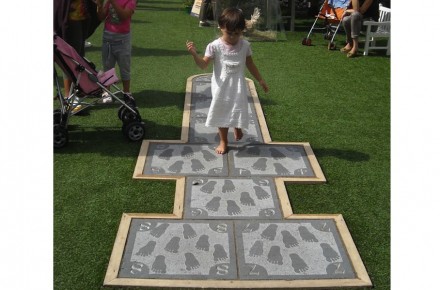 Animum Ludendo Coles Company, which we had already introduced some years ago, was involved in the presentations, showing a number of attractive hopscotch games in natural stone (see photo far top).
Animum Ludendo Coles is currently seeking partners for international export. But the aim is to stick to handicraft work – not mass production. 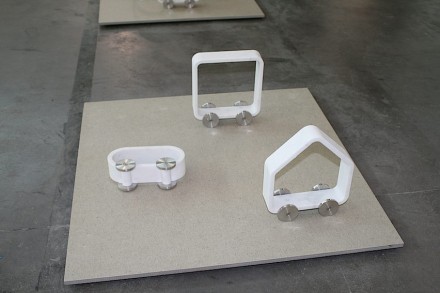 We discovered automobiles in stone at the Marmomacc trade fair, designed by Gumdesign and produced by Dedalo Stone + Serafino Zani.

But parents will interject that natural stone is not always suitable for children’s toys – and rightly so. If junior has a bad day, it is quite possible that the marble automobile might land in the living room showcase. 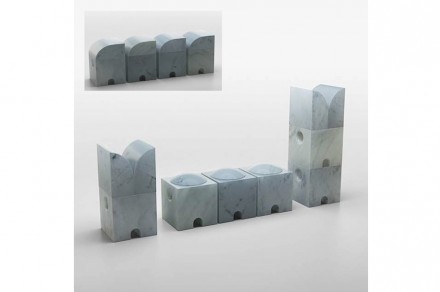 But what is the situation on games for adults? Emanuelle Pizzolurusso of Milan has developed just such a toy in „Alpha Beta Gamma“.

One thing is certain: what with the high cost of natural stone, toys of this material are predestined as gifts for adults. 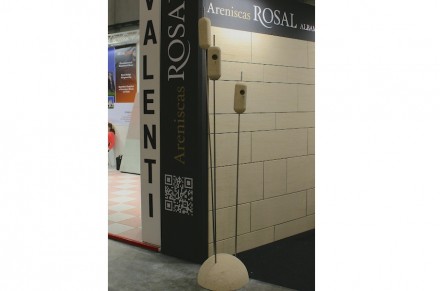 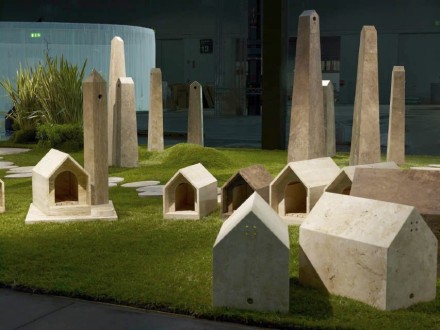 And last but not least: „Pets Village“ so named by designer Raffaello Galiotto for pet dwellings.

Workshop for stone toy design: Stone-Ideas.com’s Peter Becker is offering workshops in designing natural stone toys and games. The focus is on objects which could be suited as giveaways for stone producers (mail).