Boglioli store in Milan: „an atmosphere that harkes back to an era of opulence and grandeur“ 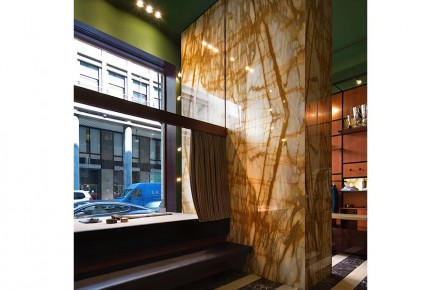 Three famous companies came together to realize the store: Boglioli, Italian fashion designer and contractor, Dimore Studio which designed the interior, and Alfredo Salvatori who carried out the stone work. The address of the place itself has a resounding name: Via San Pietro All’Orto, 17, which meant that the three were no more than a proverbial stone throw away from one another. Of course: they were in Milan’s city center. 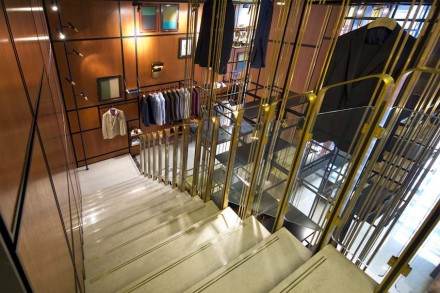 „An atmosphere that harks back to an era of opulence and grandeur“ was created there according to a press-release by Alfredo Salvatori. 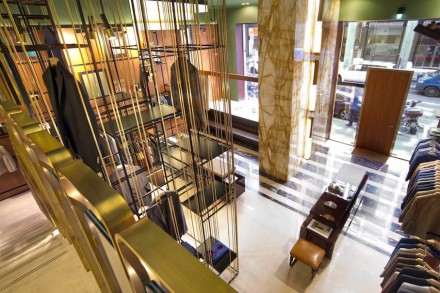 The flooring is Botticino marble interspersed with strips of Rosso Levanto. 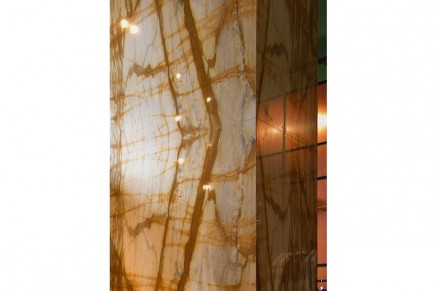 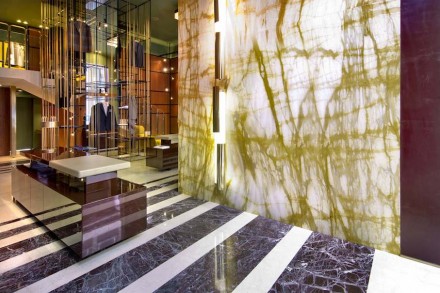 Merely finding raw blocks measuring 3 m or more is no simple task. But cutting them to 2 cm-thick slabs, is almost an art. Transportation and mounting is another story altogether. The patterns and structure of the stone were combined to book-match the slabs across the entire wall. The structure is vaguely reminiscent of boomerangs. 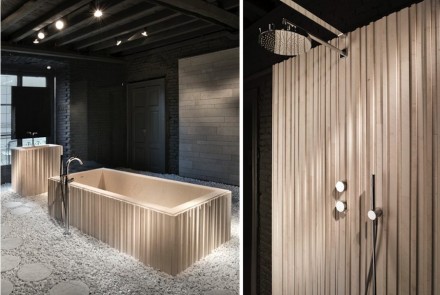 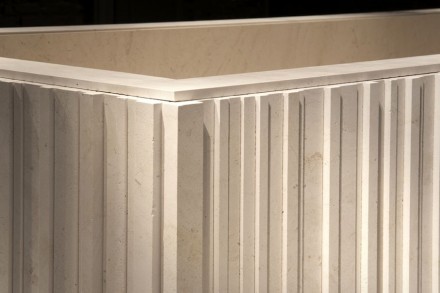 The design is meant to conjure the impression of water flowing across the surface of the stone. 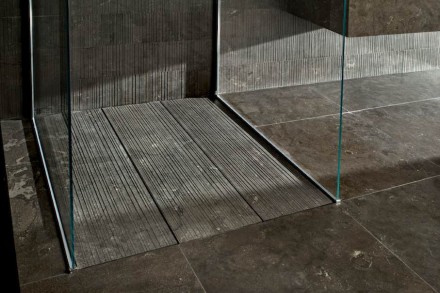 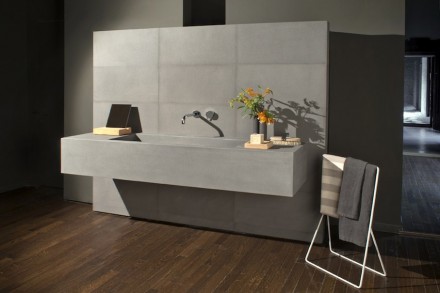 „Plug&Play“ is the name Salvatori has given another product design element allowing for more efficient bathroom installation implemented in „Filo“ shower trays or „Stiletto“ wash basins. 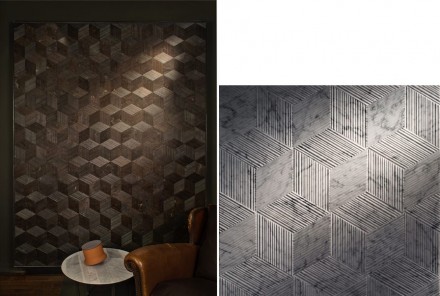 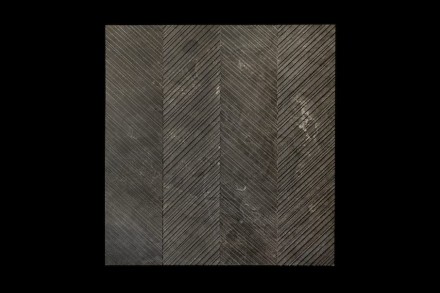 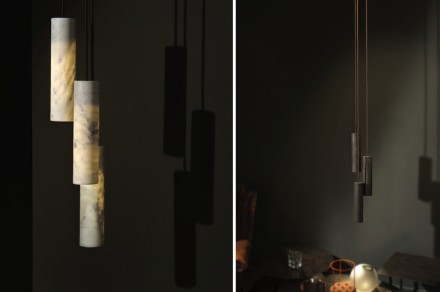 „Silo“ is a suspended lamp in Carrara marble and Pietra d’Avola respectively.