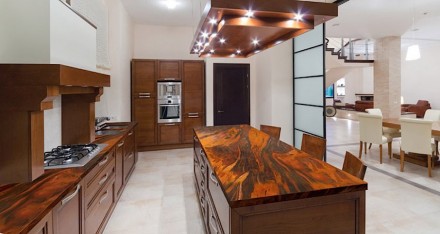 Brazil’s rich supply in natural resources becomes evident every year when the country launces new stone types on the market. Recently, e.g. Decolores introduced „Mirage“, „Andromeda“ and „Avalon“: these are stone from the Bacia do Paraná in the South of the country. 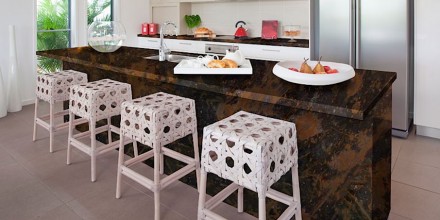 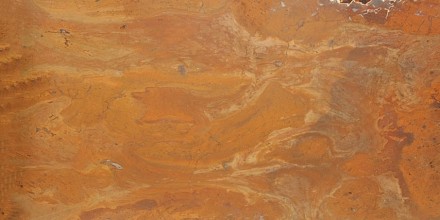 Or take the Espírito Santo marbles: these have unusually large crystalline structures and thus appear almost transparent. They were shunned because of their lack of inherent stability until recently. Now, thanks to new methods of preservation, they are treated with special resin and have won the interest of clients.

Or the highly colorful „Exóticos“, now also originating from the north eastern portion of the country. Particularly the province of Ceará has become a focal point of the stone branch next to the defending champion Espírito Santo. 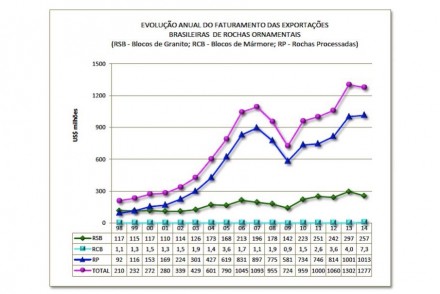 A closer look at the target markets is worth the while, as Brazil entertains a double monoculture.

In the current issue of the magazine „Informe“ (1/2015) issued by the branch’s organization Abirochas, the consultants Kistemann Chiodi point at the chilling of the Chinese economy as reason for the decline in Brazil’s exports.

With respect to the US-markets consultants think that Brazil is looking toward its „third export wave“: in future one hopes to embark in large-scale projects whereas to date exports were focused on kitchens and bathrooms in family homes.

The machinery for the change of direction has already been acquired: in 2013 alone the most modern machinery valuing some 148.1 million US-$ were bought particularly by Italy. A number of enterprises have installed fully automated machinery for the production of tiles, according to consultants Cid Chiodi and his wife Denize Kistemann.

As far as China is concerned, the aim is at catching the „second wave“. Translated this means that the transition from a developing nation to one able and willing to sustain a market economy with its raw material has been completed.

Already at the Xiamen 2014 Stone Fair, Abirochas and the Export organization Apex announced that they hoped to achieve an abolition of heavy import tariffs on value added products.