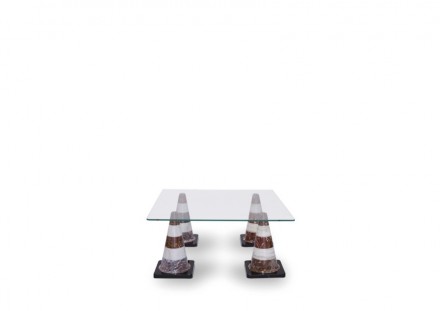 Let us circumvent the obvious debate: is „Detour“ design or art – suffice it to say that these are collectors’ items. Without a doubt Job Smeets’ and Nynke Tynagel’s creations are just that: the designers of Studio Job craft them in strictly limited edition and hardly anyone would think of using them either in roadwork or as home furniture.

Nomen est omen: the collection goes by the name of „Detour“ – a term amply used in roadwork 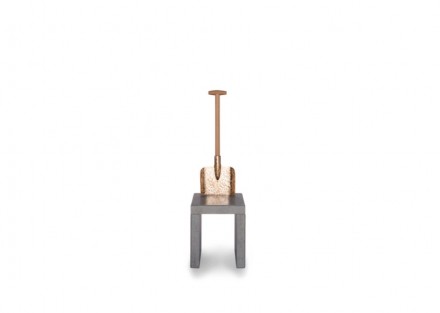 As if „by the way“, before the designers had used natural stone sparingly as they had some „some creative reservations“ in using marble – was it not known as a sculpting material of art as they write in the press material. But in the recent past marble has attained a status synonymous as the material for „design art“.
So the wanted to take the material out of its „confort zone“. How can one do that? – by creating contrast, as they write. 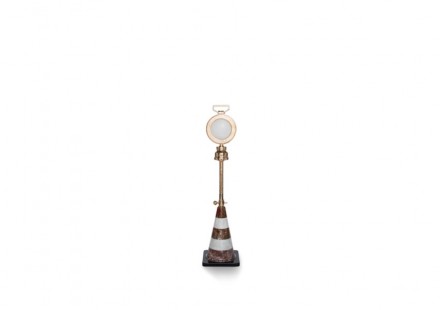 The designers drew their inspiration for „Detour“ from roadwork. The result was a collection of furniture in a variety of marble types and Bollinger Sandstone combined with glass and bronze. Mixing and matching a number of different types of stone gave the pieces strong color character.

Studio Job, with headquarters in Antwerp, and Amsterdam, was founded in 1998 by Job Smeets. Nyke Tynagel joined the studio later. Both had studied side by side at the Eindhoven Design Academy. „They redefine the applied arts for the contemporary age“ according to a press release. Their claim to fame is the pursuit of original ideas disregarding convention. 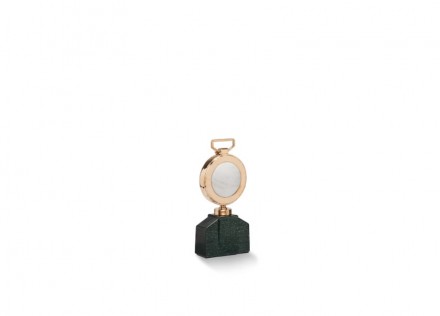 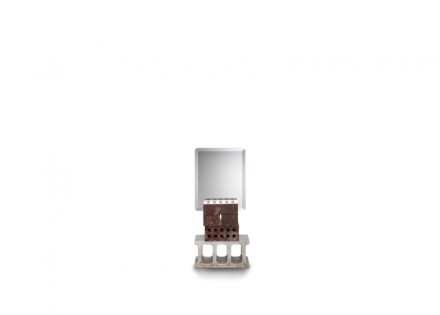 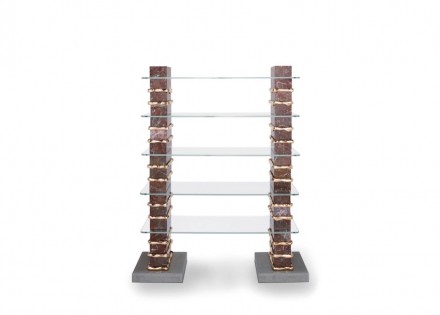 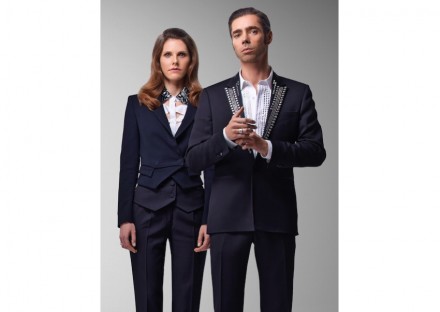