Juma Exclusive: „Tuning“ for natural stone by means of design and material 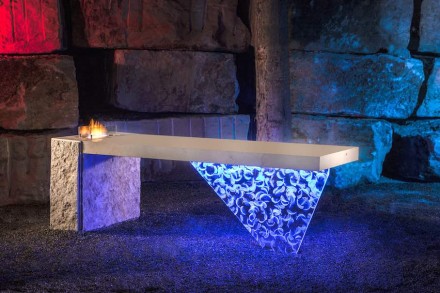 „Juma Exclusive“ is the name of Walting-Gungolding-based Juma Company’s latest design line currently poised to conquer the markets. Its distinguishing factor is that the client participates in the manufacturing process. „Naturally custom-made“ is the buzz-word: a number of stone types are available to choose from in combination with an array of surfaces complemented by materials such as acrylic or stainless steel.

„Tuning für Naturstein“ (tuning for natural stone) is the description Juma CEO Michael Holzäpfel gave the concept: as in the automotive branch where customers pick and choose the decor and accessories of their new car, stone objects gain in value by custom-choice.

The company name Juma could mutate to Youjuma, as in Youtube.

As a background indicator Juma knows that a certain class of clients craves for individuality. As far as natural stone is concerned, custom tuning is new even though the idea of value added by design is old in the stone sector.

Since the 1960’s architects and artists mostly from Italy and Spain have tried their hand at the theme. 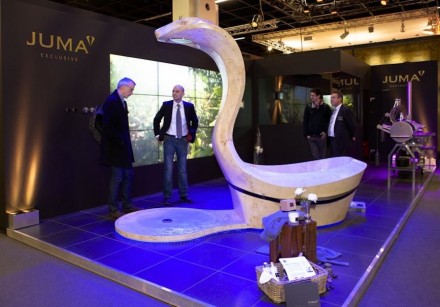 Simultaneously Juma Exclusive fired the second stage of its rocket at the Bau Trade Fair in Munich (January 19th – 24th 2015 and IMM Cologne (January 19th – 25th 2015). The first stage had been launched last year among considerable media resonance with „Jumamba” bath-shower-combo named after the snake whose form inspired the product.

In fact no-one seriously believed that such eccentric pieces could be marketed.
The current collection is somewhat less spectacular than last year’s idea. But here not only the material can be custom chosen. Size and surface structure are also open to preferred customer choice. Juma hopes to build a bridge back to the manufacture with its tailor-made options. 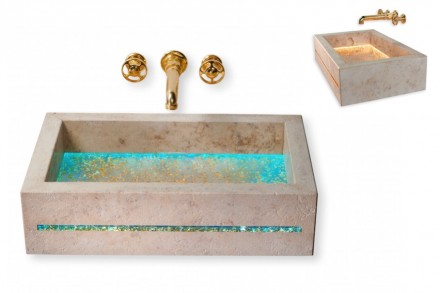 But there are also technical particularities on offer such as the hidden waterway in „Jubasin“.

But as is the case for automobiles, here, too, tuning has its restrictions: highly eccentric ideas cannot be realized according to Michael Holzäpfel out of respect for the Company name and reputation as well as that of the Design.

Our photos show objects made of Jura Limestone by Juma Company.
Juma Exclusive 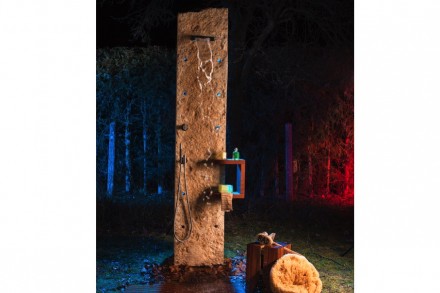 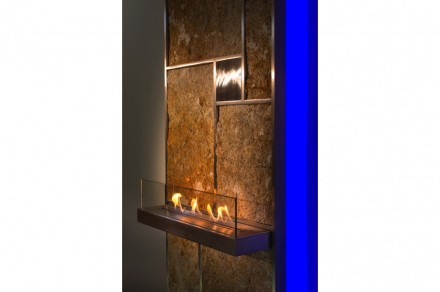 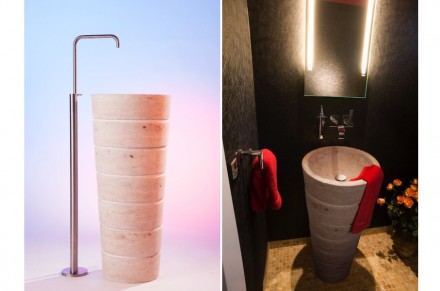