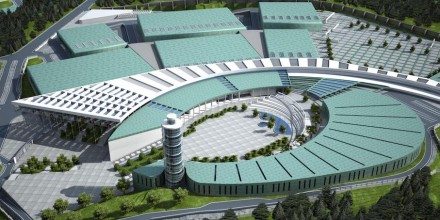 Space at last! Izmir’s Marble Trade Fair will be held at its new venue near the City’s International Airport. Some 240,000 m² will be at its disposal in an overall area of 300,000 m².

The new trade fair grounds are situated in the district of Gaziemir, a trade and industrial center. An observation tower 14 stories above ground level and an amphitheater in the middle of the halls are but two unique and distinguishing factors. 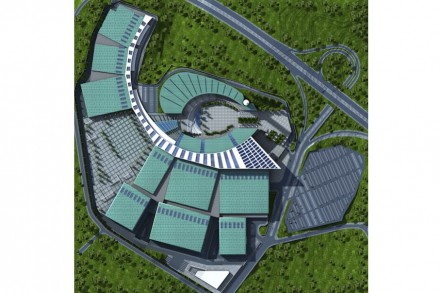 Eleven years of planning and building-time went into the project which was a veritable tour-de-force for the city of Izmir: some 500 million Turkish Lira were invested, equaling 203.7 million US-$ or 180 million € which the city financed on its own according Mayor Aziz Kocaoglu quoted in Hurriyet newspaper.

The new exhibit grounds „will take Izmir closer to its goal of being a city of fairs and congresses” according to a press release. Further growth is in planning: „A second stage is planned“ in which further 46,000 m² will be added to the area. On top, another 40,000 m² „will be adjoined for a hotel and congress center“.

And some data about the fair in 2014 in Kültürpark, in its 20th edition: 1182 exhibitors showed their products, among them 275 from 77 countries. The number of visitors was around 60,000. A special profile of the fair is traditionally the trading of raw blocks: 659 raw block were exhibited in 2014. 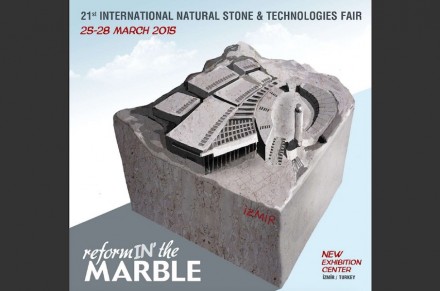