Monumental sculptures in natural stone, in the midst of public life 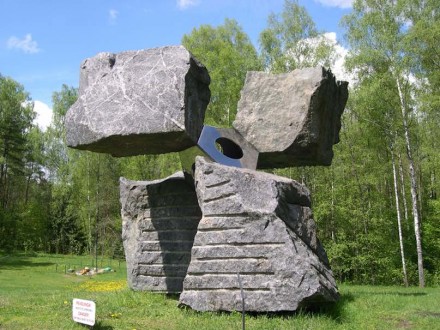 His works of art can be viewed in 23 countries and they are made of a wide variety of material: next to natural stone, the artist likes to use steel, wood, glass or light and water to name but a few media.

Perhaps the reason is rooted in his childhood: Jon Barlow Hudson’s father was called to Saudi Arabia as a groundwater specialist during the oil boom of the 1950’s. In the years that followed, the family moved home around the world. „I grew up climbing around on Baalbek, Jerash, Petra, Machu Picchu, the Colosseum, Stonehenge“, he writes, „all of which are overwhelming in their presence and power, so I grew up wanting to make something like them.“ 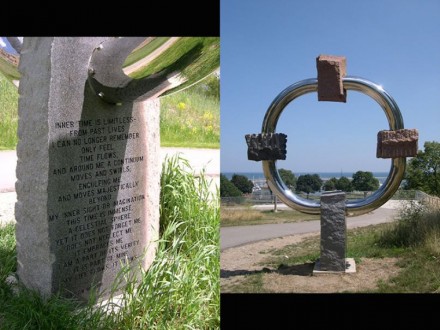 Most of his work is monumental in dimension and suitable for public spaces because: „I want my sculpture to function like those ancient stones and works of the past, to participate in the public domain.“

This is also why he carefully scrutinizes the venue and history of the determined location before he commits himself. 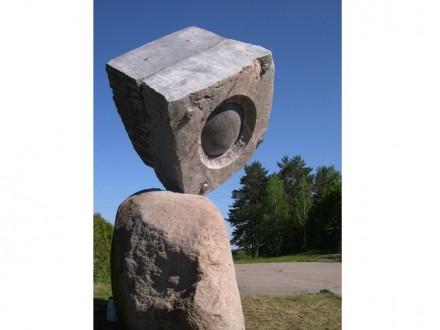 The fact that he pursued a career as an artist is, at least in part, the result of his upbringing. His mother was a teacher and poet and worked the weaving loom. Travelling around the world with the family probably also contributed to his choice of profession: he writes that as a child he and his brother never found their toys, and were forced to make their own, and invent games to play.

In any event, after school and a degree in fine arts as well as a few years of travelling around the world, Jon finally found his way to sculpting. 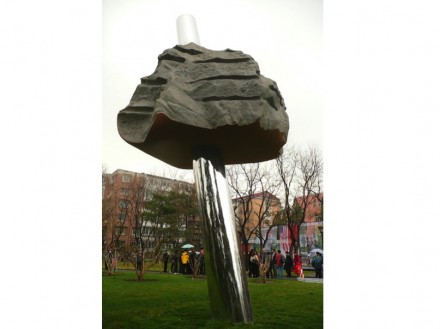 Some of his work fascinated him because it enabled him to manipulate hard stone „like in a poem or dance“ complementing the material, he writes.

Some works of art ensue with minimal change to the material: „I want to show the awesomeness of nature via a large block of stone.“

His wife entertains a website on Cowboys and Hatters, which we mention because of its unusual character. 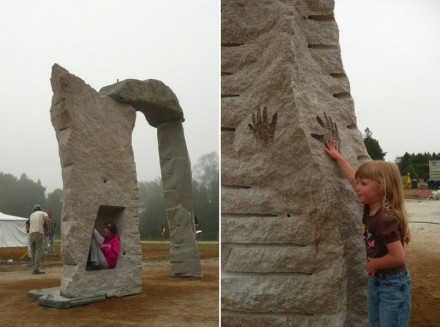 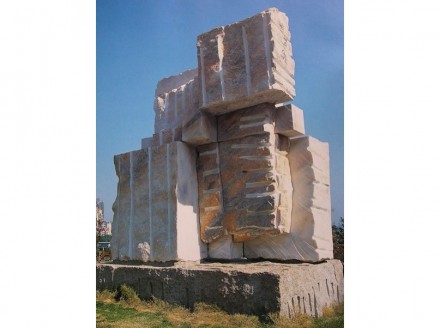 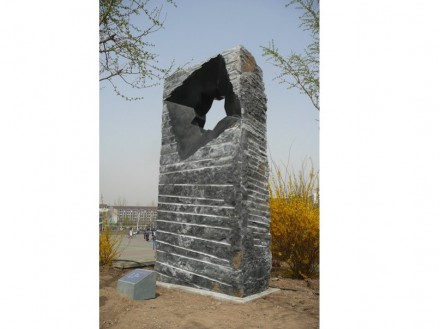 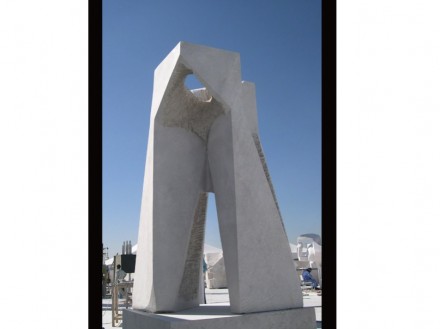 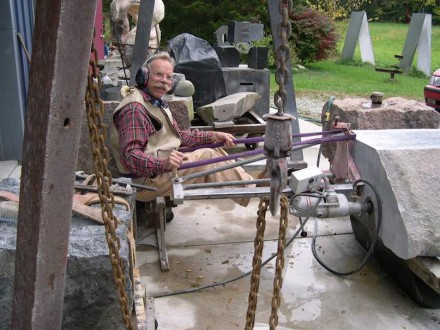