3D-Mosaic in granite pavement on the Isle of Man 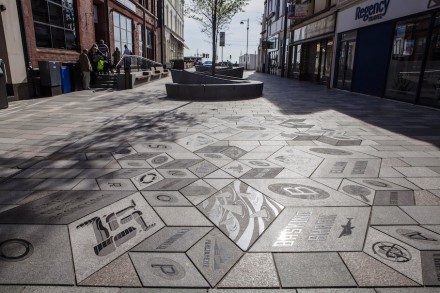 If visitors to the Isle of Man suddenly think that the Douglas City pavement on Sand Street and Regent Street mall has taken on a third dimension, it’s not a result of excessive beer consumption. The 3D-pattern is the product of superb and exceptional urbanization which was deservedly endowed with a prize by the British Natural Stone Federation.

The project was called to life because the city center of the 28,000 capital was run-down. Politicians, merchants and citizens got together and soon reached a consensus: the mall needed a new lease on life in order to attract shops, and business, and at the same time, to give citizens an area reflecting their identity. It should also serve as a tourist attraction.

Ellan Vannin – the name of the Isle of Man in local Gallic vernacular – has a strong sense of local identity. For our Non-British readers: The island is situated about half way between Northern England and Ireland.

Andy Thomson of BC Landscape was entrusted with the planning. His suggestion, to use granite for the paving, was realized despite cost misgivings, because all the participants „felt it was very important to design and build something of high quality that would last for generations to come – so natural stone was the only answer!“

Specially colored granite was imported from China and supplied by Hardscape Company. The stones are 10 cm thick. 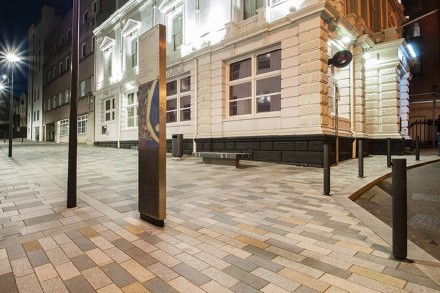 The choice of granite picks up on the local tartan design and colors. Much care was dedicated to choosing suitable types of stone, all tested on trial areas. The surface of the stone is flamed for Skid-proofing and to enhance colors. 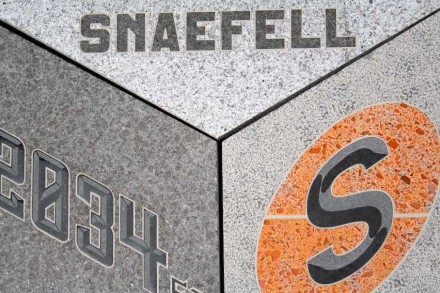 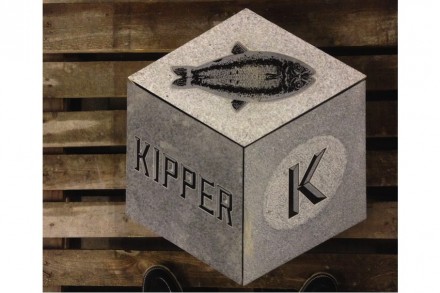 A number of other surface finishes were implemented in the 3D-Mosaic and some pieces of inlay work, too. The pavement is a veritable work of art and reflects the exceptional skills of the craftsmen. The design was developed by BCA Landscape in cooperation with Smiling Wolf studio.

A number of local particularities found their way into the pavement, e.g.: Manx Cats, some of which have but a stump-tale. The reason according to legend is that when Noah saw the deluge approach, he was too quick to slam the door of the arc shut. One more particularity is the giant basking shark (Centorhinus Maximus) which calls the waters around the island his home. 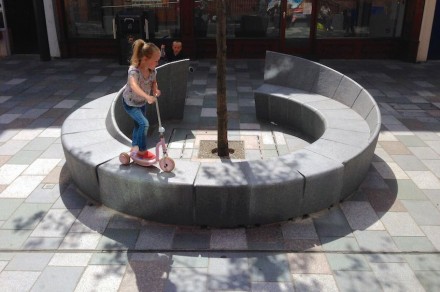 The refurbishment included new lighting and seating. The benches are all but conventional: some are placed around newly planted trees and offer back rests and an area for children to play. 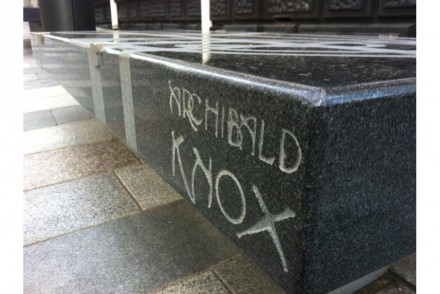 One bench was set up in memory of Archibald Knox 1864 – 1933. He was an important local artist strongly influenced by landscape and tradition. 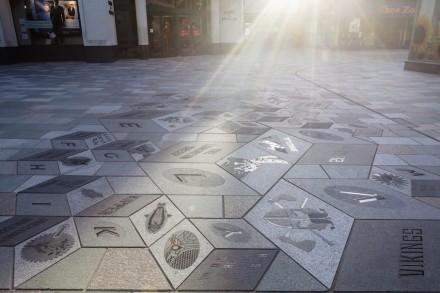