From China: Prêt-à-porter in natural stone 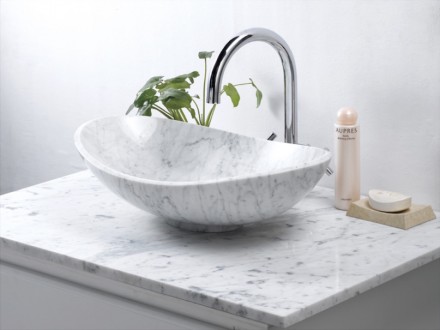 „We aim for an alternative use of stone“, says Jeffrey Lin in a low-key manner equaling the design of the family-enterprise Jinjiang Huabao Stone. 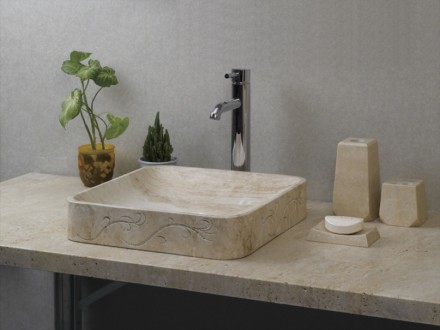 The alternative use in question refers to the wide-spread avant-garde stone design including artistic freedom but largely devoid any opulence at the cost of functionality. Case in point in the fashion branch: whereas European Companies produce Haute Couture, Huabao Stone produces Prêt-à-porter. 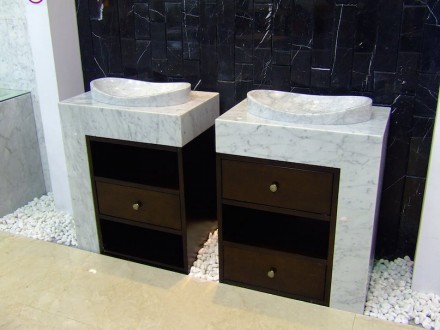 The market for down-to-earth mass-produced fixtures is surely larger than for exclusive ideas. The Company supplies DIY-Stores world-wide. 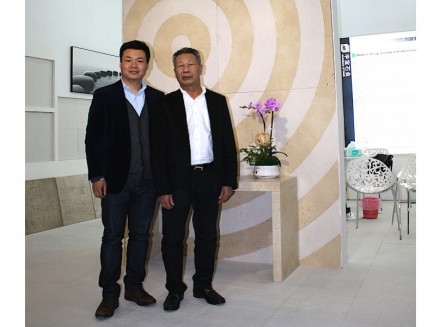 A team of 13 designers are under employ by Huabao Stone, whose headquarters are entertained in the Chinese natural stone capital Xiamen. The Company was founded in 1986 by Jeffrey’s father Shuyan Lin but now boasts a staff of 500 employees and belongs to the world’s largest in the branch. Five branches produce only vanities, two others manufacture only sinks.
The Company Group also owns quarries and works the raw material. 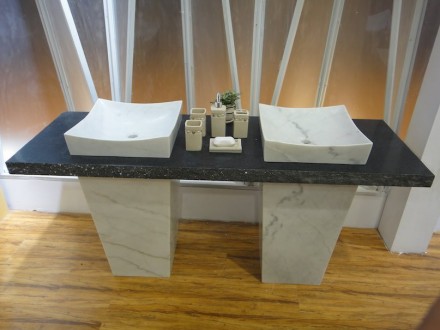 Jeffrey Lin emphasizes that the Company deals with the natural resource in a responsible manner. „Slurry, e.g., is used to produce engineered stone which, in turn, converts to design products“, he says. The Enterprise has obtained a number of certifications. 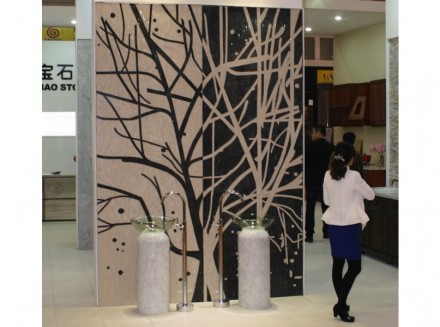 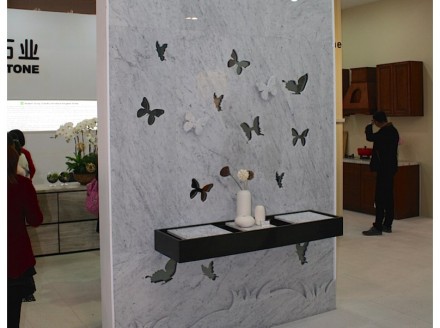