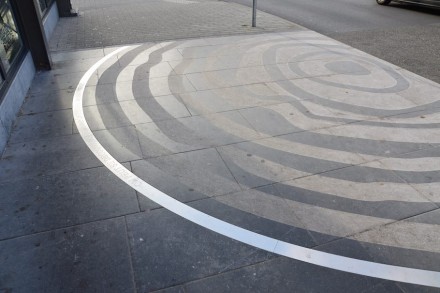 The Belgian town of La Louvière near the French border has transformed some of its sidewalks to special lounge-areas for its residents or „Salons“, as they have been called. Since the modernization of the city-center benches invite passers-by to sit down and rest for a while. The usual concrete pavement of sidewalks is upgraded to a Pierre Bleue Belge Limestone topping. 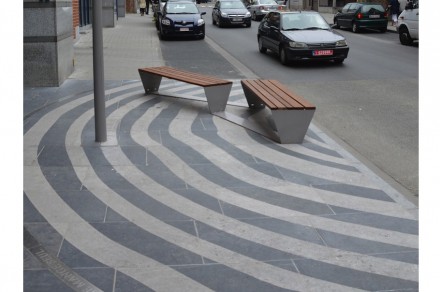 Some of the resting areas are an example in originality: rings interrupt the otherwise straight-lined pavement. A steel band with inscription circumvents the place. Emile Desmedt was the artist responsible for the „Intervention” as La Louvière endearingly calls this involvement.

Skope Landscape Planners were responsible for the modernization of the city center. One of the guidelines of the project was to add a green touch. However only the secondary streets have been greened whereas the plazas have been left open, as if clearings had been provided for passers-by. 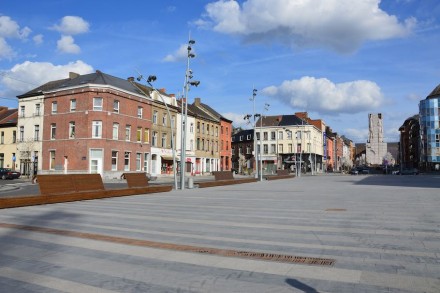 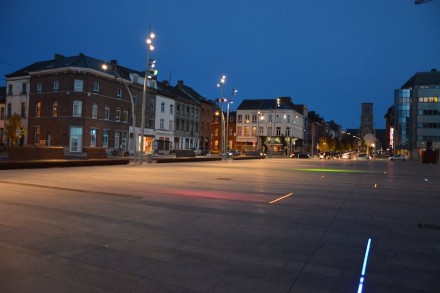 Another guideline was to define the different zones by means of lighting and make them attractive once more.

Pierre Blue Limestone can be found most frequently in the resting areas near the „Salons“ and on the plazas with elongated wooden benches. 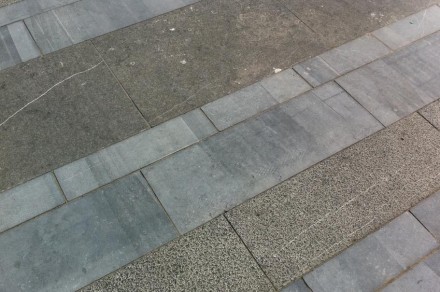 Three shades of paving can be distinguished, all of which ensue as a result of their different surface finishes: flamed, bush hammered and sawed. 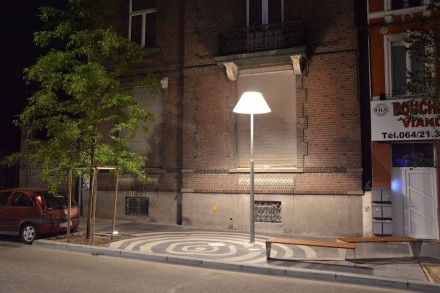 Note the lighting particularly in the „Salons“: they are reminiscent of bed-side lamps. 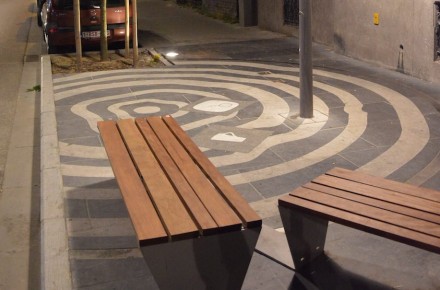 Another detail worth mentioning is the light marble inlay-work. Stylized pictures of table-ware are metaphoric homages to the venerable Royal Boch Company, manufacturers of fine ceramics, whose headquarters are situated in La Louvière. 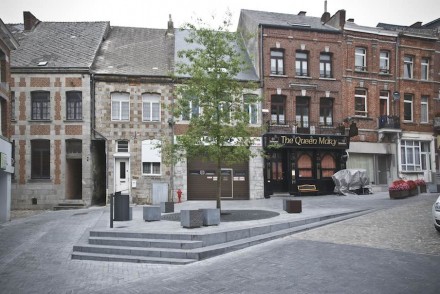 Chimay, a town in close proximity, is well known for its beers. Here Skope had a similar assignment to fulfill. Pierre Bleue slabs and cobble stone were used. 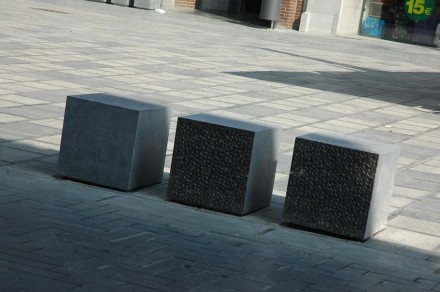 Note the rectangular piles made of stone. In certain areas they invite citizens to stay and rest. 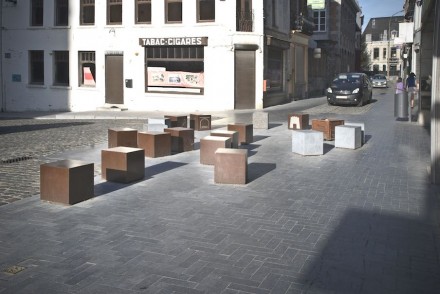 Corten-Steel cubes serve as seating. The symbols engraved in the surface provide information on the city’s history.