From stonemason to natural stone design 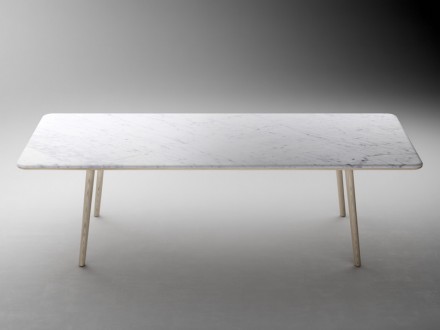 In the beginning was the stonemasonry, which Laurent Bergez founded in 1939 in the French town of Saint Jean de Luz. The core business then was gravestones. Now, two generations later, the „Marbrerie“ has morphed to a manufacture focusing on design. Nevertheless, CEO Claude Retegui who studied engineering, and Olivier Ducout, Master CAD/CAM who also holds a degree in Mechanical Engineering, squarely place craftsmanship and know-how in the foreground.

Drafts are completed with the aid of designers Jean-Louis Iratzoki and Sylvain Willenz and their teams.

Technology, too, is written in capital letters and not only as far as the machinery is concerned but also with respect to the combination of natural stone and modern material. The „Marble Collection No. 2“ shows a number of variable ideas for furniture and furnishing. A variety of marble with very prominent colors are used. 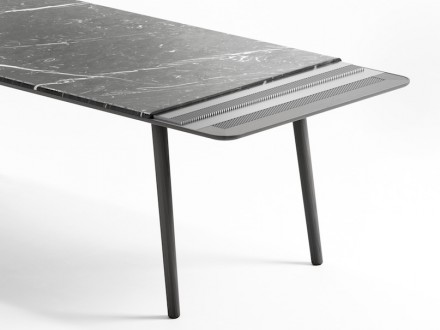 The table by the name of „Arin“, e.g. is made of a marble slab honed down to 9 mm. The rim is thicker, i.e. 18 mm (20 mm on the wide side). Aluminum honey-comb panels offer the needed light-weight structural stability. For other models carbon or fiber-glass carriers are used as in aviation and ship-building technology.

The designer was Jean-Louis Iratzoki as in the case of works described below. 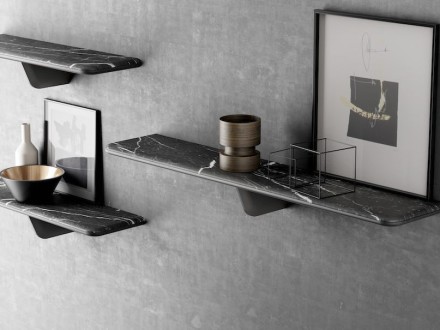 „Egala“ is a series of shelves in a variety of lengths (6 mm thick marble, 13 mm x 20 mm wide). At a distance, one might think they are silhouettes of albatrosses in flight. As in the case of all objects by Retegui, the edges are worked to high precision. 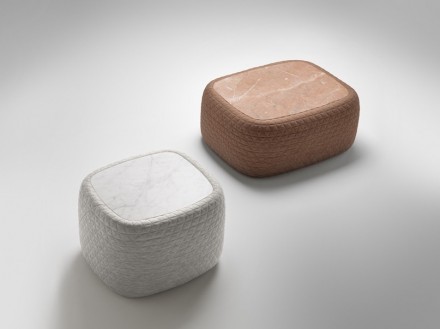 „Bigun“ is the side-table where soft and hard meet. The base of the table is made of foam clad in textile upholstery. The table top is made of marble. 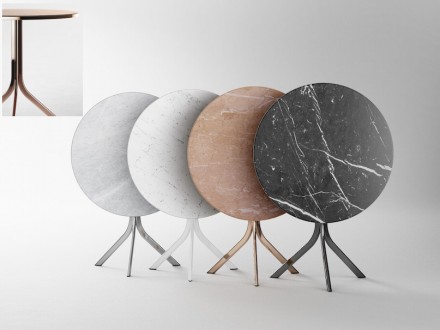 „Bistro“ is a table top in 12 mm thick marble fixed and foldable. The carrier is Coosa-Foam. This classical restaurant interior and exterior furnishing is unusual in that the color of the metal leg blends in with the color of the stone. 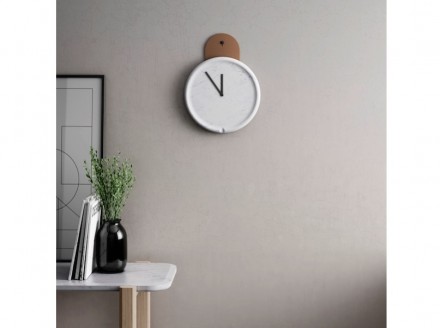 „Tanko“ is a clock for people who are not concerned with high precision. It is wall-mounted with the aid of exclusive leather types in a variety of colors. The design was tongue-in-cheek according the press documentation: The shape is reminiscent of „anti-monte-lait“, a household item of yesteryear designed to prevent milk from boiling over. 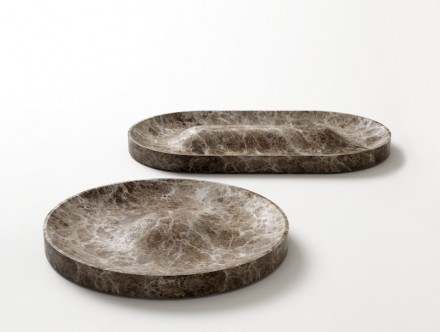 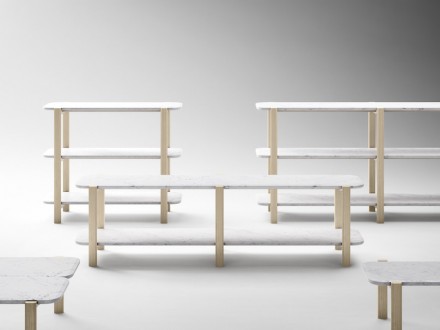 We show some of the works by designer Sylvain Willenz. „Alaka“ is a flexible shelf system whose parts can be used as side-tables. 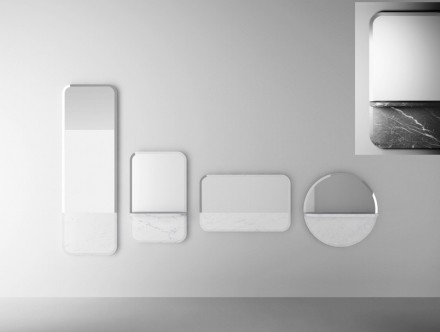 „Alaka“ is also the name of a number of wall mounted mirrors with shelves. 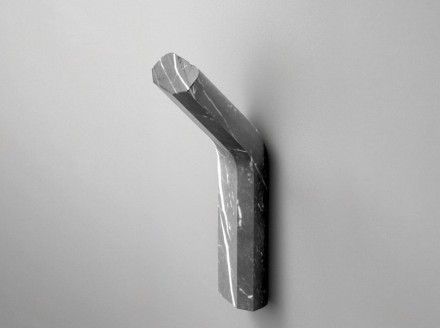 „Alaka“ is also the name of the stone hook. 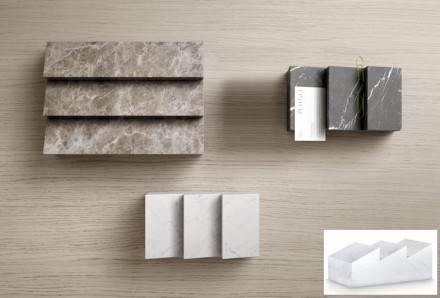 And last but not least: „Fabrika“, a piece to put everything in its place at the office. The designer used this work as an homage to the old Marbrerie Retegui factory. 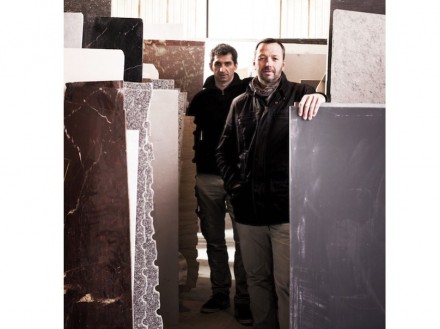 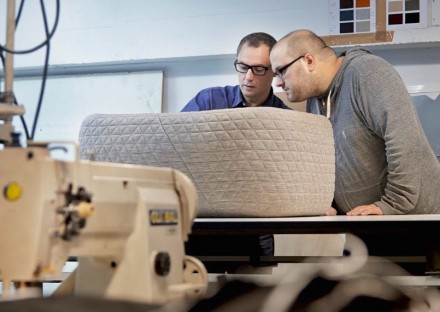 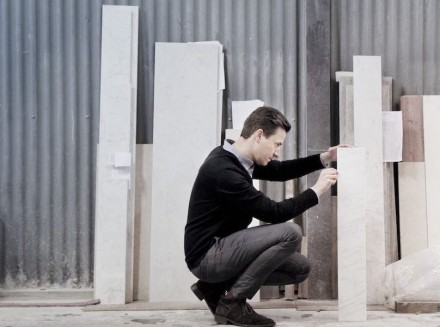