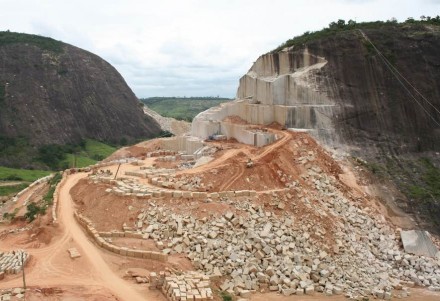 China has a very big player in the stone branch: it is the nationally owned AVIC which is now actively engaged also in purchase of marble and granite. The new industrial sector, founded in 2010, bears the name AVIC International Xiamen Company Limited and is based in China’s natural stone-capital.

Import of natural stone is its focus but it is also engaged in ship-building among other.

The parent corporation, AVIC (Aviation Industry Corporation of China) was founded in 1950 by the Chinese Central Government originally to secure aviation technology and technology for the military. But the spectrum of activity has since widened considerably. China imports whatever is needed to forge ahead economically. Recent years saw takeovers e.g. in the cement and automobile industries.

Preconditions for selling natural stone to Avic Xiamen Natural stone are quickly summed up: the stone must be established on the international market. Only raw blocks are purchased. The supplier must be in a position to provide large amounts on a continual basis. Within China Avic Xiamen imports are distributed to large building projects.

A glance at the webpage in April of this year showed 34 marble and 27 granite varieties already imported by Avic Xiamen. The granite originated almost exclusively from Brazil with the exception of a few Italian and US-American types.

Marble, on the other hand, came mainly from 16 Italian-based companies, followed by Turkey (8) and Spain and Iran (2 types each). Portugal, France, Egypt, Germany and the Philippines each supply one type of marble.

In future, Avic Xiamen intends to expand its sphere of influence to include the entire line of production from start to finish.

The Chinese side is poised to implement the latest technology, which is where the modernization of the branch comes into play: the aim is to establish state run global leaders in stone manufacturing centers where state-of-the-art machinery, know-how and management serve as an role models for smaller firms.

At the trade fair talk was of the globally largest stone center in which a center for further education and qualification of skilled workers, architects and designers is to be established.

We reported on similar ideas on regional levels of stone organizations in previous editions (see below).

As far as combating corruption is concerned, Avic Xiamen has vowed to ensure utter transparency. If, e.g., a state-owned building project purchases stone, corruption should be barred from the start.

What makes Avic Xiamen interesting for sellers? The security in purchase power, guaranteed by State contractors as well as the volume of sales, makes Avic a fist-class buyer.

Unfortunately, we were unable to clarify practical questions such whether special contact partners are responsible for each type of stone or even the names of contact persons.

The Chinese State-owned Corporations are dubbed the „National Team“ by financial experts. At last count the corporate conglomerate counted no less than 112 companies poised to forge ahead in modernizing the branch and ultimately lead the global market.

China National Chemical is another example in parallel to Avic, bringing together market segments such as chemistry, agriculture and many more. Recently ChemChina, as the conglomerate is called, acquired the controlling interest in Italian-based rubber tire manufacturer Pirelli at a price rumored to be 7.1 billion €.