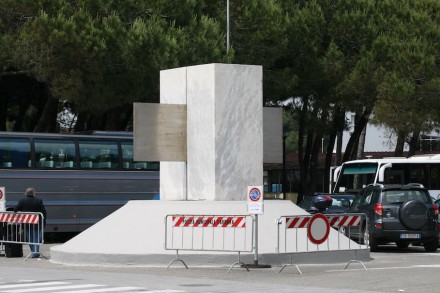 Carrara Marmotec 2015 Edition Expo, previously announced for June 18 to 21, 2015 will not take place. Yet the initiatives that have been planned in co-operation with the National Council of Architects are confirmed: technical seminars with credits, conferences and the National Assembly of the Order will be held at the CarraraFiere Congress Center, located at the fair ground.

The special Expo Edition of the usually biennial Marmotec fair had been occasioned by the Milan’s Expo World Exhibition which has already started and which will take place until the end of October.

In Carrara was planned an innovative kind of a trade fair which would combine „business with pleasure”, as CarraraFiere had announced before: the morning should be free for visitors to see the city, go to the beaches or make organized tours to the surrounding countryside or to the quarries, while in the afternoon the fairground would open its doors. In the evening special cultural events were planned.

As announced before, groups of architects going to Milan to see the Expo were to be invited to make a detour to Carrara for special seminars and for a visit of the fair. The program was planned in cooperation with the Tuscany regional government.

But CarraraFiere points out that the „Carrara Marble Weeks”, starting from June 18, is confirmed: the event in the city center will showcase in the historical center „thanks to marble in all its forms”: design exhibitions, impressive installations and sculptures that will be placed in squares, narrow streets, historical buildings and shops.

President Fabio Felici said: „I wish to thank both the companies that appreciated the new formula [business and pleasure] that we thought to apply on the occasion of this ,special edition’ and those who met us and discussed various issues with us, starting a new path that will take us to the 33th edition of Carrara Marmotec, planned in 2016 according to its biennial schedule.

We took this decision with regret, given the huge work we have done, however, we do not want to create discomfort among the companies in our area forcing them to difficult choices today, also in consideration of the territorial issues that they are facing at present. I am sure that the work we have done in recent months has been very positive in view of the 2016 edition, allowing us to work at our best as to create an event that represents a real business opportunity for companies in the sector.”

Details planned for the Carrara Marmotec 2015 Edition Expo had been published in IMM Carrara’s latest newsletters (1, 2).