Spring appraisal of the EU-Commission: growth predicted for EU-countries 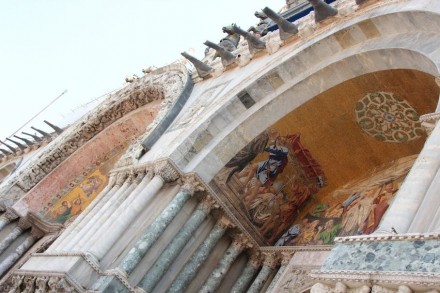 The European Economic Forecast Spring 2015 is bullish and predicts an average growth rate for the 28 member States of +1.8% in 2015 and even +2.1% in 2016.
But despite the positive signals, there remains a note of skepticism. The Commission is uncertain whether this reflects true growth being that the figures reflect the effects of „a rare conjunction of positive factors“.

The rare conjunction of positive factors alludes to a sharp fall in oil prices, bringing down the cost of living and freeing the way for increased spending. Increased turn-over is an important factor for predicted growth, according to the expertise. Also, the unrestricted monetary policy has a positive effect on the European Central Bank. And last but not least, the Euro lost some 9% of its value relative to the US-Dollar in the last year, making European goods more attractive for exports abroad.
This is why the Spring Forecast asks: „But will the economy be able to generate a self sustained and balanced expansion once these temporary tailwinds fade?“ 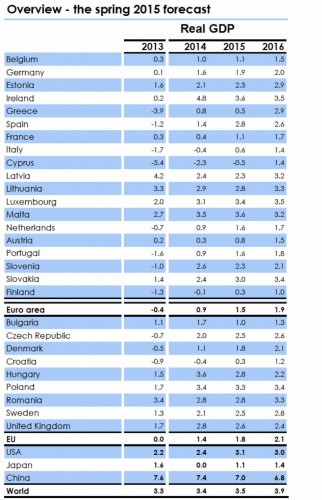 Our chart shows predictions for split up by country. Some non-European countries were included in the survey of the EU-Commission. The expertise gives a detailed analysis of each country’s development.

Should you, dear reader, wish to access the link to the source, please drop us a mail (to Peter Becker, Mail).