Jan van de Pol: sculptor with a background in psychology and psychotherapy 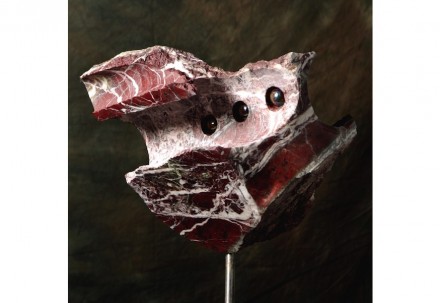 We asked Belgian born sculptor Jan van de Pol if some of his works have eyes with which they can look back at and observe the beholder. 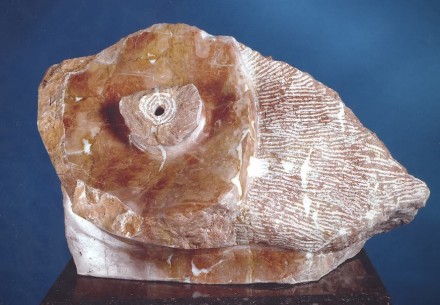 The artist was surprised – he had never looked at the pieces from this angle he said: „Sculptures are a sort of living objects“, incorporating something of each of us, and depending on the beholder, each one of us feels touched in a particular way by the work of art, perhaps even observed. 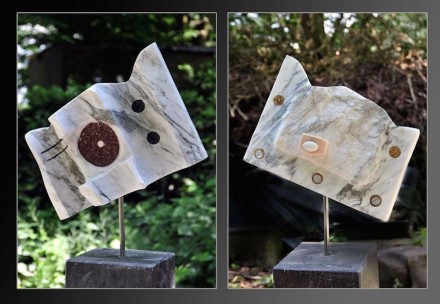 This, in turn, surprised us. In general artists tend to explain the meaning of their creation in great detail, even to instruct viewers as to the symbolism. 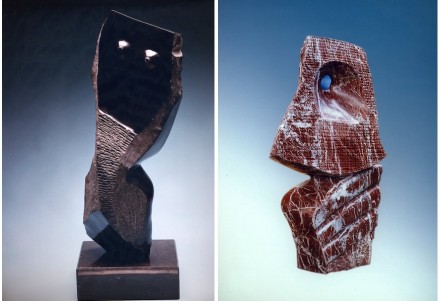 In Jan van de Pol’s case, this would have confirmed the cliché.
He, is, after all, a clinical psychologist and psychotherapist, who likes to have a look behind the façade and draws his own conclusions. 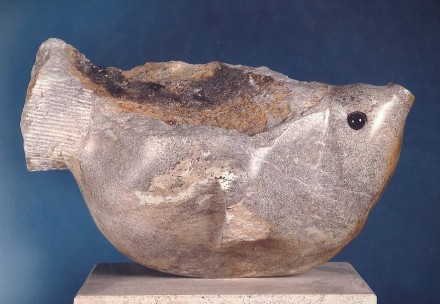 He likes to let the raw shape of the stone inspire him and uses the term „semi-abstract“ to describe his pieces which oscillate from concrete to utterly non-representational.

The sculptures, some of which can be classified as monumental are „thoughts or memories in stone“, he coins the words of an art-critic. First and foremost it is important that „the power of the material remains intact.“

He came to his vocation as an artist more or less by chance as a friend was an artist. The friend invited him to make a wooden sculpture, and, after having taken some lessons in wood and bronze-sculpting, he found stone to be his material of choice.

For the next six years van de Pol worked in the atelier of a locally well-known sculptor, Lucien van Eerden. Since 1985 van de Pol has been dividing his 6-day week equally between work as a psychotherapist and work as a sculptor.

He took part in a number of symposia all over the world often accompanied by art exhibits. Currently he is co-organizing the Internationaal Beeldhouwsymposium in Helmond, Netherlands.

He was born 62 years ago in Belgium but now lives in the Netherlands.
What role did the family play in his path to art? None at all, he curtly replies: „We never went to museums, concerts or the like … But since I started to sculpt my parents have been very proud of me, bought my first sculptures, and my mother, who is still alive, is now my biggest fan.” 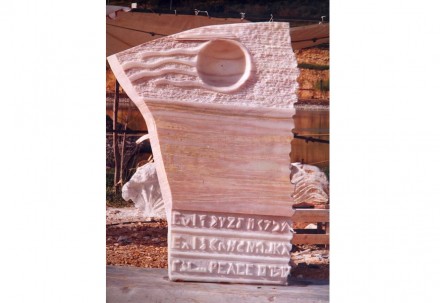 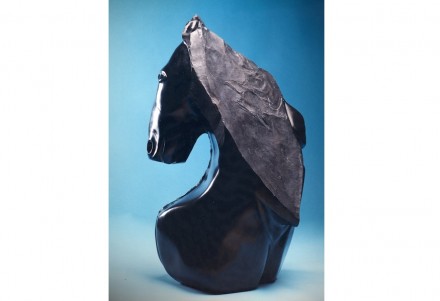 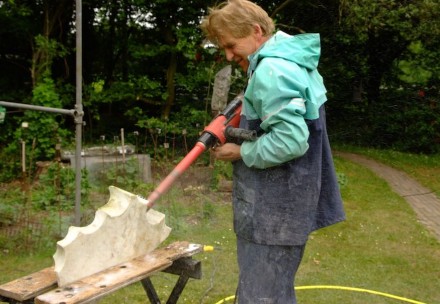