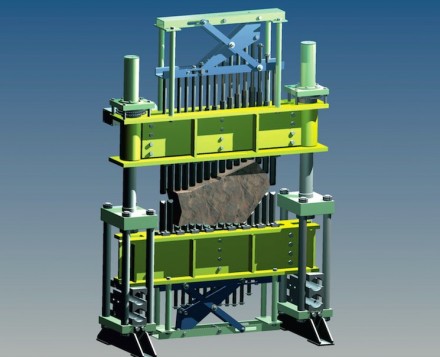 „Alligator“ is the name Dr. Yuri Lebedev gave his stone splitter. It is derived from the appearance of the machine whose jaw first pegs the stone into place, then with the help of wedges which resemble a row of teeth, bites down on the stone until it cracks. The Russian engineer proudly presented his device at the Xiamen Trade Fair in March 2015.

Lebedev is currently seeking partners willing to enter a joint-venture with his Silen Superhydrosystems Company. Headquarters of the enterprise are currently located in Altai Republic in the Asian part of Russia. It is part of the Chief Group-Consortium focused on development of innovative technology.

„Alligator“ is comparatively manageable, what with its 2.6 m wide x 2 m high x 0.7 m deep so that the machine can be transported and used directly on site at the quarry. Its main implementation is expected to be for splitting fragments of blocks usually left at the quarry as waste or crushed and used as gravel.

Fragments could then easily be worked to polygonal slabs at low cost according to Lebedev. 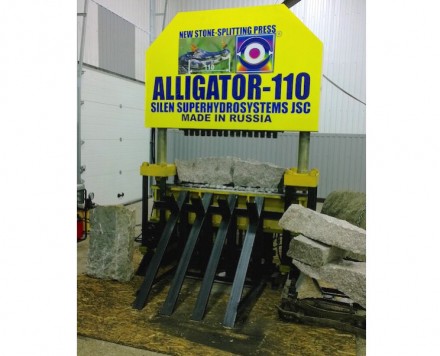 The mechanism is based on two patented functions: first and foremost is the jaw which holds the stone in place and allows a deviance of up to 50 cm for the upper and 20 cm for the lower jaw, closely followed by the wedges which also use an innovative technology according to Lebedev. 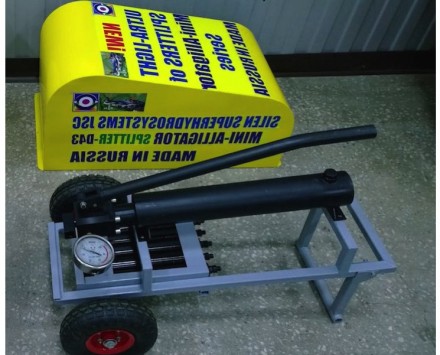 Lebedev also presented another innovative splitter in Xiamen: its distinguishing factor is the material from which it is made, namely high-end steel for military use.