Milan’s Expo 2015: the Saint-Gotthard Massif in stone in the Swiss Pavilion 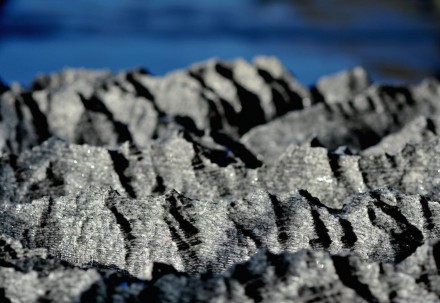 One highlight of Milan’s Expo 2015 is the Saint-Gotthard Massif in the Swiss Pavilion. The four cantons, which make up this region of the Swiss Alps, i.e. Valais, Ticino, Uri and Graubünden, aim to draw attention to the importance of the Alps for all of Europe.

After all, the motto of this World Exhibition (running through October 31st) is „Feeding the planet, energy for life“. Water is not merely a thirst-quenching fluid but also important in producing electrical power.

Five blocks of Cresciano Gneiss each weighing in at 4.8 t were worked by Ongaro Graniti Company. Placed end to end they replicate a miniature version Saint-Gotthard Massif of the Swiss Alps reduced to a surface area of 5 m x 3.2 m and about 60 cm height. 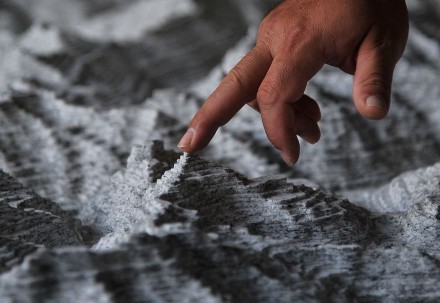 Particularly impressive: the peaks and valleys whose contour lines lend a particular note. 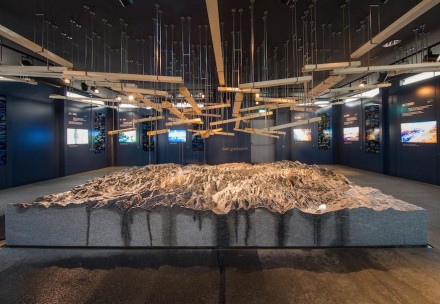 Wooden viaducts are installed over the top of the model, as was the norm in yesteryears. 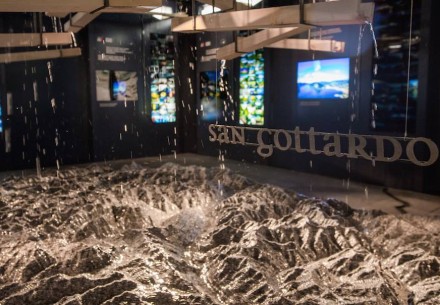 Visitors can activate the system so water runs down the mountains to reappear at the source of the four rivers Reuss, Rhine, Rhone and Ticino, all of which flow from the Alps. 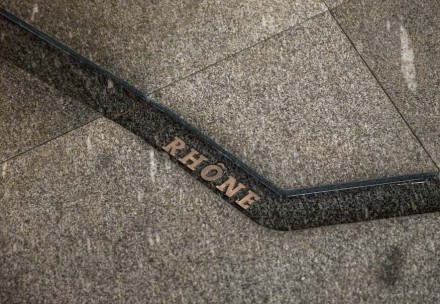 Their further course is visualized graphically on the base plate of the model which is made of dark Bodino Nero Gneis also originating from the Ongaro Graniti quarries.

The concept of the Swiss Pavilion was the idea of Architectura Netwerch AG. 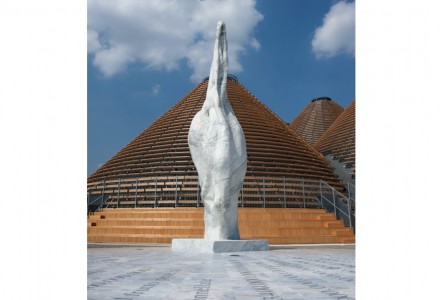 The monumental sculpture of a seed crafted in white marble greets visitors at the main entrance to the Expo. It is a piece by the Sicilian artist Emilio Isgrò and realized by Henraux Company in cooperation with Tenax and Mapei. The statue stands 7 m tall and bears the name „Il Seme dell’ Altissimo“ (the seed of Altissimo), – Altissimo is the name of the Apuan marble implemented. The shape leaves room for interpretation: is it an orange seed, the orange tree having adapted well to a wide range of locations? Is it the abstract emulation of a pregnant woman carrying new life? Or is it the spine of the world?

The sculpture is assembled from 3 pieces and will remain in Milan as a gift after Expo has closed its gates at the end of the season. Henraux is one of Expo’s official sponsors. 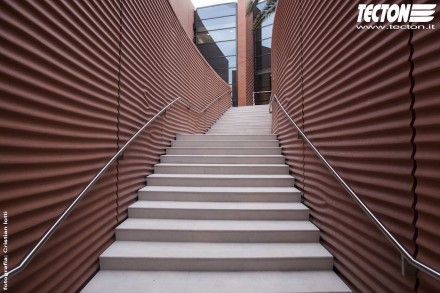 Grassi Pietre Company has provided some 500 m² of Trani Marble for the United Arab Emirates’ Pavilion. The stone with nuances of beige, ivory and pink underscores the desert atmosphere given to the site by Foster + Partners, British architects responsible: the outer walls are 12 m high and bear a wavy structure reminiscent of sand dunes. They provide shade from the sun and ensure a cool climate in dwellings as was traditionally the custom in desert settlements. 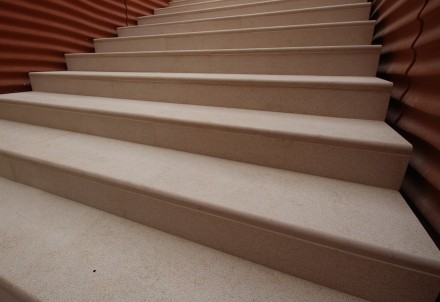 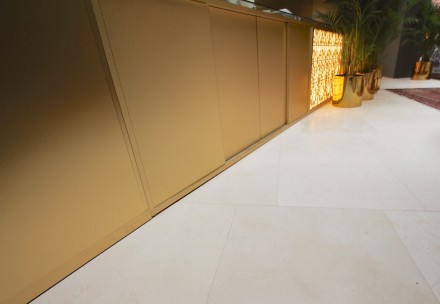 The marble was honed and blasted respectively, e.g. for the interior and exterior stairway and for the flooring in the Emir’s apartment. At the end of Expo, the exhibit will be dismounted and reassembled in Masdar City. 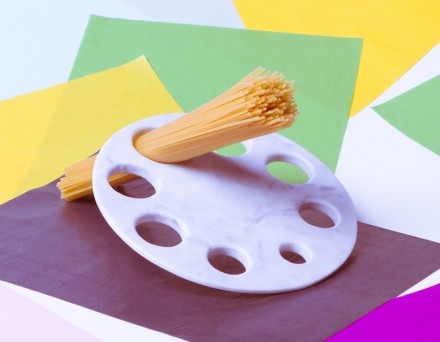 For the duration of one week in June the Italian pavilion showed the spaghetti-measuring-device by designer Manuel Barbieri commissioned by Scandola Company. The dimension of the openings allows one to precisely measure number of spaghetti-portions. The jury chose the piece bearing the title „Moon“ a must-have for every household.

The Italian Trade Organization Confindustria Marmomacchine has arranged the Marmoteca Expo 2015, an exhibit in close proximity to the Milan Cathedral showing samples of Italian natural stone. The venue is the Galleria Meravigli situated between Piazza Affari and Piazza Duomo near the Cordusio Metro Station. 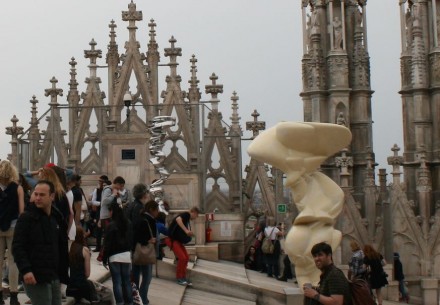 And last but by no means least, the Cathedral itself: always a sightseeing attraction for natural stone aficionados. Organization of Cathedral Craftsmen (Veneranda Fabbrica del Duomo) had invited artist Tony Cragg to sculpt pieces for an exhibit on the roof of the Cathedral. The happening was given the name „Paradosso“. The sculpture made of yellow marble refers to the patroness of the Cathedral. Some of his sculptures are currently exhibiting in Milan.