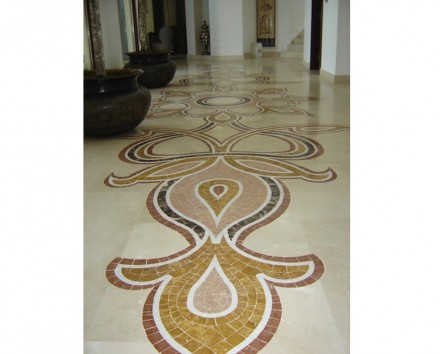 The Asociación de Empresarios del Mármol de Andalucía (AEMA) and the Marble Institute of America (MIA) will collaborate in the coming months to create a Spanish translation of MIA’s „Dimension Stone Design Manual“, Version 8. The translated manual will then be made available in Spain and other Spanish-speaking countries.

The Dimension Stone Design Manual features stone industry standards and technical specifications, as well as general information on stone installation, uses, and maintenance. It showcases the standards and specifications necessary for international companies to better understand the United States market. The joint copyright for the Spanish version will be owned by AEMA and MIA.

Antonio Martinez, AEMA president, stated: „This partnership will help AEMA regulate and control the quality of products from our member companies, as well as position the Macael brand in the United States.” Dan Rea, MIA board president, said: „MIA looks forward to partnering with AEMA for this exciting new endeavor. Translating the Dimension Stone Design Manual into Spanish will make it available to a much wider audience and help MIA broaden its international scope.”

This is the second time that MIA and AEMA have collaborated. In the fall of 2014, AEMA recognized MIA with the „Institution Award” in the 28th annual Macael Awards for its work on industry safety.

The Spanish version of the Dimension Stone Design Manual is expected to be completed and available to the public by January 2016.

The Asociación de Empresarios del Mármol de Andalucía (AEMA) was created in 1977 as an instrument to serve the natural stone sector in Almería and Spain. It has around 120 members (including producers, exporters/importers, and fabricators) and the principal aim of the association is to keep a direct relation with their members and professionals in this sector (architects, designers, and decorators) to position the Macael brand worldwide.