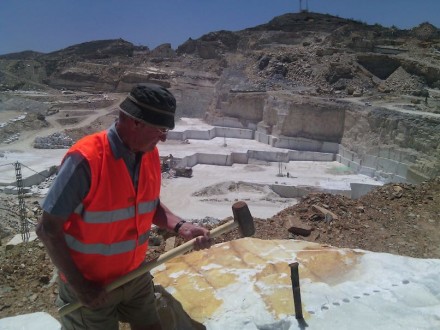 Europe is in the process of establishing a system of Marble-Routes, where tourists and locals can learn all about marble quarrying and processing in five main regions. Industrial tourism is the buzzword. The aim is to promote awareness for the common roots as well as for the importance of the branch in past and present times. 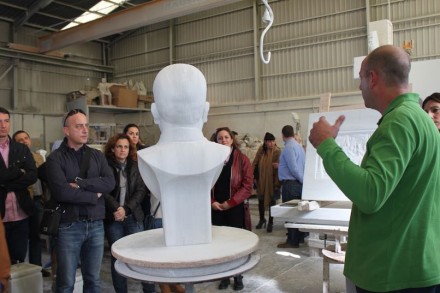 Five of the most prominent marble types with heritage value were chosen as tourist itineraries:
* The Almanzora River Valley in the Spanish Almería Province with its Macael Marble
* The Greek region of Attica with its translucent Pentilico Marble
* Portugal’s Alentejo Region with its pink Estremoz Marble
* Belgian Waloon Region with its red and black Rance Marble respectively
* Italy’s Lucca Province with its white Alpine Apulian Marble

Depending on the local particularities, particular points of interest along the industrial routes were chosen regionally and combined with suitable programs. The gamut extended from active to inoperative quarries to production sites or sculptors’ ateliers to museums and information centers for the branch.

Experience has shown that often standard packages could be combined with and organized along the routes. 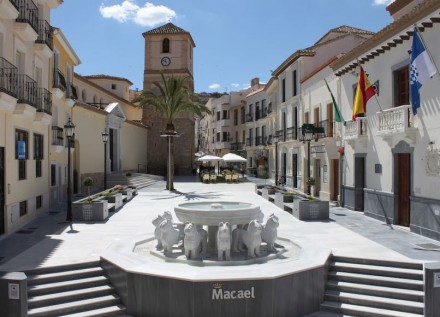 In the Spanish Macael Region, where Orduña Beuzón is head of the office of tourism and designated head of the project, to name but one example, a backpackers’ tourist route already exists along the marble transport route. 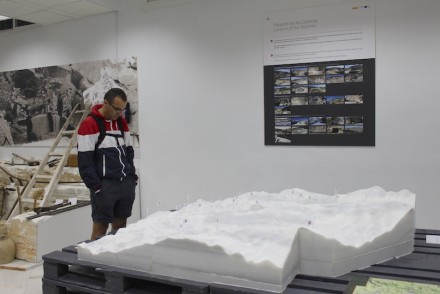 The Centro de Interpretación del Mármol functions is the central meeting point for interested visitors. The latest attraction is a giant mortar and pestle made of stone, which was the object of a recent article (see link below).

„ExtraExpo – From extraction to Exposition“ is the project’s slogan. The initiative itself, which was called to life in 2014, is sponsored by the European commission by the order of 260,000 €. It is scheduled for completion by the end of January 2016.