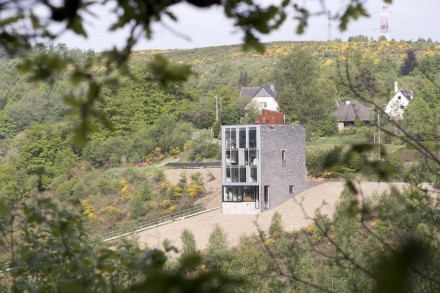 Architects often liken their work to sculptures. One piece which really deserves the metaphor is „Schaap House“, a four-story living complex built on the Belgian border to Luxemburg. Distinct in its own right, its positioning on the hill slope intensifies its singularity.

Encapsulated in its walls, the industrial heritage of the region waits to be discovered.

The shape itself, what with its 4 stories, gives a first hint: it draws a parallel to a defunct shaft tower nearby formerly used to quarry slate.
Slate is the typical regional natural resource which appears in a relatively soft variety. 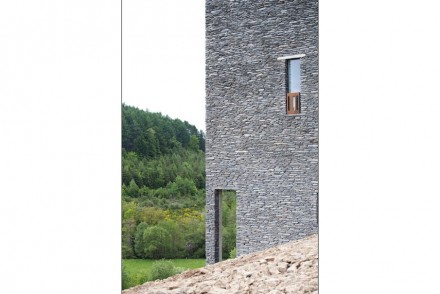 Three sides of the dwelling complex are clad in slate fragments brought to the surface by means of physical labor thanks to the construction workers who realized the project. Behind the slate cladding, the walls are protected with 10 cm-thick insulation.
The slate cladding is poetically described: Architect Pierre Hebbelinck „extended a long-term invitation to sunshine and snow that they might leave their patina on the façade”. 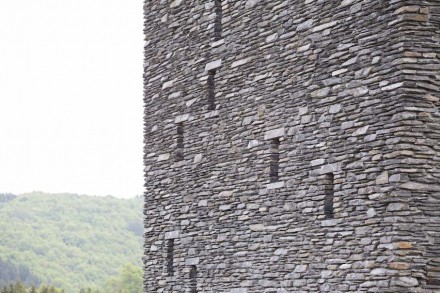 Already the building leaves an anachronistic impression what with its crenel-like orifices. Facing the valley, the complex is entirely open and looks very modern. 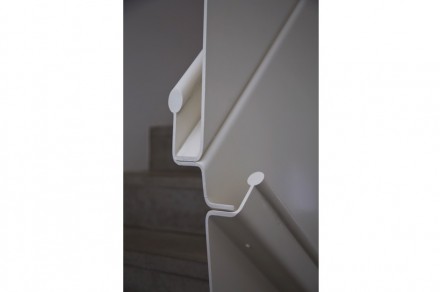 The interior holds a few unusual design solutions in stock, which were carried out in accordance with the owners’ wishes. 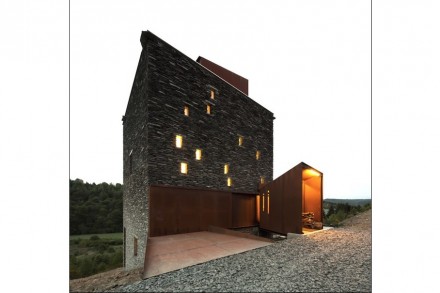 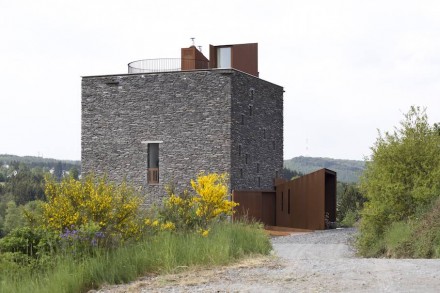 The entrance is unusual in itself taking on the shape of a protrusion in Corten-Steel, contrasting sharply to the rest of the building with its rusty patina. 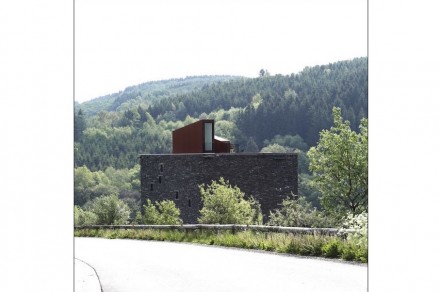 The exit via the roof-top terrace is also an eye-catcher with slate covered flooring. 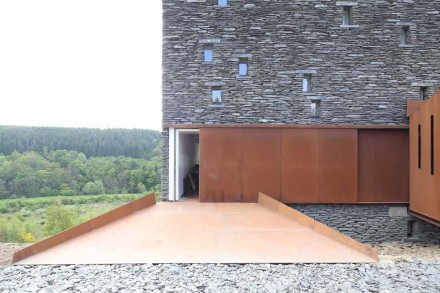 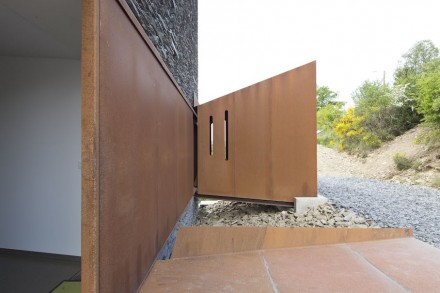 Leaving the building to stand on its own on the slope of a hill makes access via a small bridge mandatory. 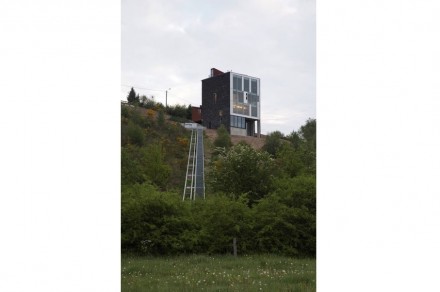 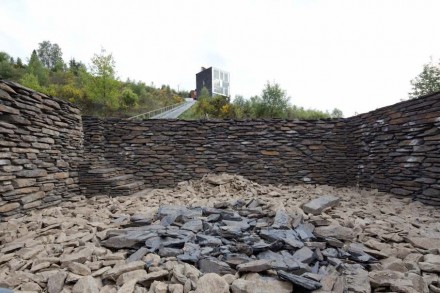 Note the hoist on the side of the slope. The landlords, Liesbeth Vogelesang and Ton Schaap had a Zen- and Meditation Room built at its lower end, as a „hidden garden“.

The slate used for the building’s cladding originates from the near-by Herbeumont slate quarries. The building boasts a low energy co-efficiency. 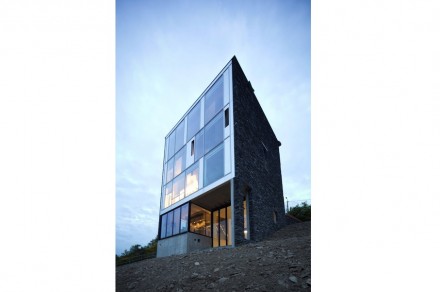 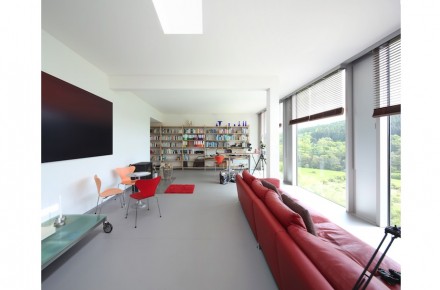 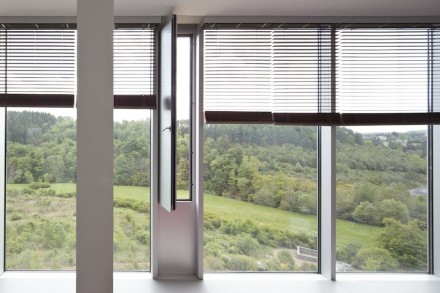