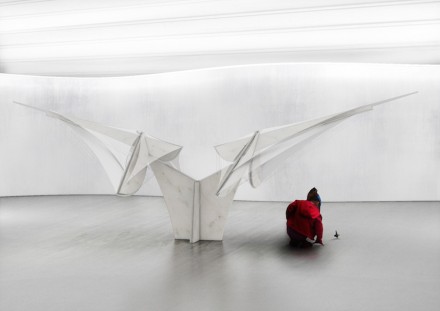 „Lithic Vertigo“ is the name of a presentation in Marmomacc’s Hall 1 to be held in Verona from September 30th to October 3rd 2015. „Ascension“ is the name of the game which architects and designers are using to describe the theme around their work, which is all about moving up, e.g. on stairs, with railings or on slanted surfaces to name but a few possibilities.

On first sight, one might expect to find light weight material – but au contraire: in „Lithic Vertigo“ only the most massive materials are used. Members of Italy’s natural stone branch were involved in the project (see below).

Professor of architecture Guiseppe Fallacara of Southern Italy’s Bari University already experimented with „Lithic Dragonfly“ to obtain a stable equilibrium (see photo top of the page): two stylized insects sit perched across from one another with wings and body made of thin stone slabs and weighing some 170 kg. The distinguishing factor: the figures rest on one small point only. 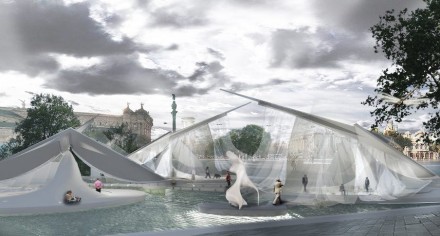 Steel rope macramé between the wings and the bodies of the insects reinforce the filigree objects. 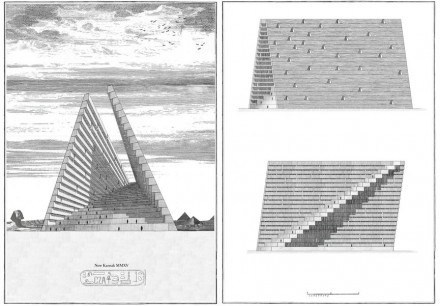 In contrast: „New Karnak“ by architect Cino Zucchi unmistakably picks up on the ancient Egyptian Pyramids. The interior of the arrangements divulges a stairwell leading upwards. The stone steps are supported by steel scaffolding. 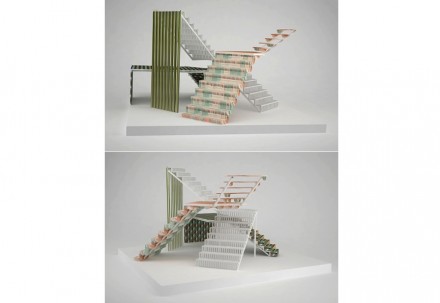