Guiding rule for the natural stone branch: always keep Made FOR China in mind 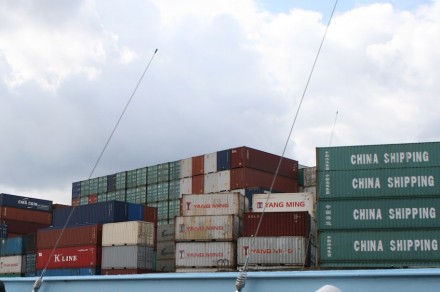 One passage in particular caused considerable surprise: „Before making an investment (such as opening a new quarry, or a new processing plant), any company in the industry should, among other things, ask itself the following question: is there demand for this material/product in China?“, as quoted from „Stone Sector 2015“ by IMM Carrara, which published facts and figures in the stone branch on a yearly basis and makes important prognosis for the upcoming year.

Manuela Gussoni, author of the 100 page pdf in Italian and English language, is merely pointing out well known facts: China is the biggest and most important import nation for natural stone. True, its consumer capacity relative to runner up USA (with a population of 317 million, according to Wikipedia) is small. But among the 1.367 billion Chinese, an ever growing number has spending-money at their disposal.

The evaluation of data is particularly interesting in that the author does not list the countries in order of production output. Had she done so, the order would have read: China (30.4% of global production 2013), India (15.0%), Turkey (9.2%), Brazil (6.9%), Italy (5.4%) and Iran (5.0%) according to the statistical standard publication, „Report Marble and Stones in the World“ by Dr. Carlo Montani, Issue XXV.

Manuela Gussoni, on the other hand, sums up export and export value and lists the countries accordingly.

Here, too, China takes the pole position by a long margin: 36% of global natural stone trade was cleared via China. The total value of goods summed up to 6.8 billion Euro representing a growth rate of 4.6% as compared to 2013.
Interestingly and surprisingly, Italy and Turkey are close competitors for second and third place respectively but with a whopping gap to China.

Italy’s stone branch takes a special position. While China grew to giant proportions and a number of newcomers first appeared on the global scene, Italy was busy developing and producing luxury stone goods. The material of choice is primarily marble. The material itself obtains added value by technology and design alone.

Note that Turkey was able to put off its negative growth in raw blocks to Chinese importers by increased sales to the U.S.A.: a plus of 7.8% in value-added marble products could be chalked up for sales to north America, and to top it, these are almost exclusively end products.

Trend toward sustainability in production

Over all the author expects increased sustainability in production. „In order to remain competitive, it is therefore becoming increasingly important for companies operating in the natural stone industry to introduce innovations in respect of the environment, create shared value and activate socially responsible strategies.“ By this she means concepts which allow trade without harm to society and nature.

Manuela Gussoni expects more demand for high-quality stone in China. „This could lead to a build-up of unsold material to be managed by the supplier countries“, she speculates with a view to the fact that China’s importers have often purchased entire quarry productions in sought material: A-1 quality goods were sold to rich countries, the lower quality goods were sold in China and to other countries.

The report can be downloaded free of charge after registration on the IMM Carrara webpage. 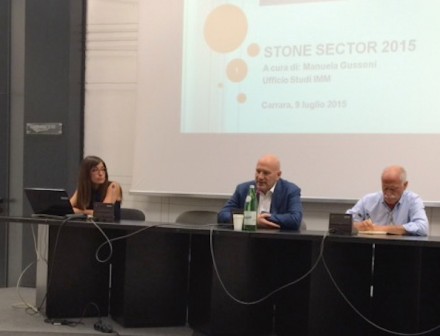