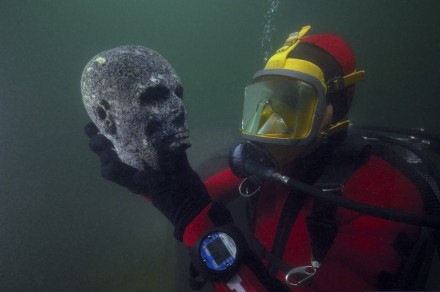 „Osiris, Sunken Mysteries of Egypt”, a landmark exhibition of over 250 antiquities, will open at the Institut du Monde Arabe (Arab World Institute) in Paris until January 31st, 2015. On display will be a selection of objects drawn largely from the last ten years of the underwater excavations by the European Institute for Underwater Archaeology (IEASM) in Aboukir Bay, directed by Franck Goddio who is the curator of this exhibit. The pieces found will be supplemented by 40 objects from museums in Cairo and Alexandria, some of which have never been seen outside Egypt. 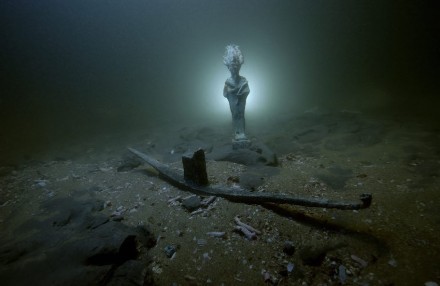 Together, these artefacts illustrate the „legend of Osiris”, one of the great founding myths of ancient Egypt: Osiris, son of Earth and Heaven, was killed by his brother Seth, who cut his body into 14 pieces and then threw him into the Nile. Isis, Osiris’ sister-wife, magically restored his body, brought him back to life and conceived their son Horus. Osiris became the Master of the Afterlife and Horus, after defeating Seth, received Egypt as his inheritance. 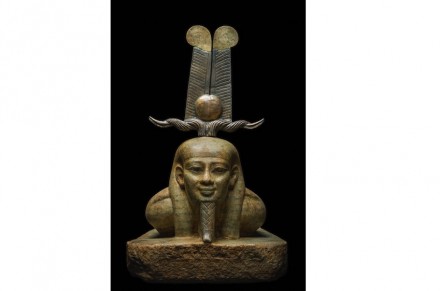 The Decree of Canopus – a stele of 238 BC discovered in 1881 at Kom el-Hisn – tells us that ceremonies celebrating the „Mysteries of Osiris” were performed in the Great Temple of Amun-Gereb in Thonis-Heracleion, just as they were in most of the cities of Egypt. According to the text on the stele, these mysteries culminated in a long water procession, transporting Osiris along canals from the temple of Amun-Gereb in Thonis-Heracleion to his shrine in the city of Canopus. 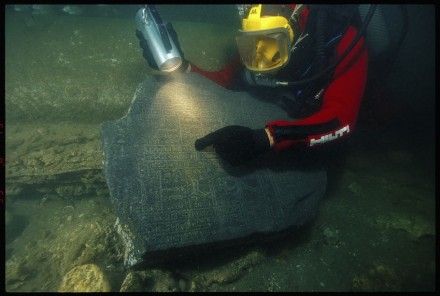 Under Franck Goddio’s leadership, the specialists of underwater-archeology discovered the two cities of Thonis-Heracleion and Canopus in Aboukir Bay, 38 kilometers north-east of Alexandria. There they found the remains of temples mentioned in the Decree that have been submerged since the 8th century AD.

Excavations at these sites brought to evidence directly related to the „Mysteries of Osiris”: monuments, statues, ritual instruments, cult offerings etc., testimonies of the celebrations that were performed there. During the 21 days of this celebration the founding legend of Egypt was commemorated, perpetuated and revived. 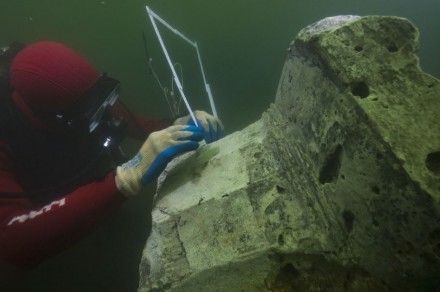 At the Institut du Monde Arabe the celebrations and rituals that were carried out in the utmost secrecy of the temples will be revealed to visitors. They will be guided through the 1,100 square meters to the submerged sites of the two cities and can follow the water processions along the canals. 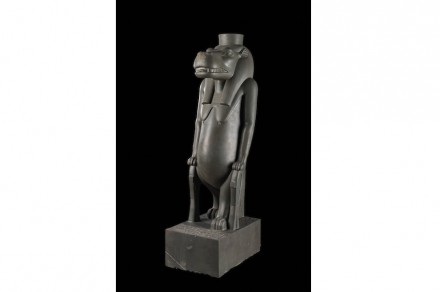 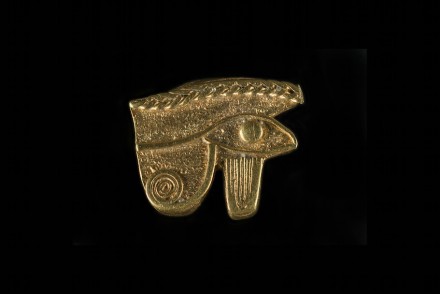