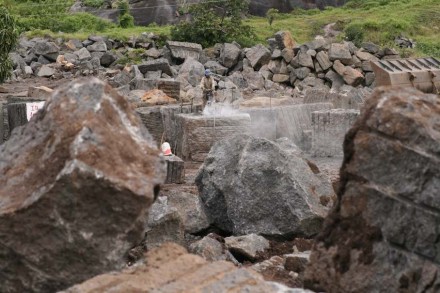 Update: Conference on Ethical Sourcing on November 24, 2015 in London

Since October, large import firms with an annual turn-over greater than 36 million £ must report on their efforts to tackle the issue of modern slavery in their supply chain

The new law bearing the title „UK Modern Slavery Act 2015“ is the result of efforts by non-governmental organizations (NGO’s) and trade unions’ concerted efforts and was brought on its way by David Cameron’s government. It includes a ban on child labor.

The restrictions apply to companies with a turn-over grossing 36 million £ or more annually. The 36-million-hurdle was deemed sufficient by 86% of those questioned on an internet survey.

Despite the fact that this hurdle is quite high, the Act is unequivocally welcomed. To quote Cindy Berman of the Ethical Trading Initiative (ETI): „It will involve a deep dive into the supply chain to understand what’s really going on many tiers down – getting visibility of the many layers to truly see the conditions of workers at the bottom of the chain.“

But she is quick to add that it will not be easy to provide proof in case of non-compliance.

Modern slavery is the term of choice for a relationship of complete financial subservience to the local employer. Modern surfs are unable to repay their debt despite maximum effort. The results are dramatic: after a certain time even the children of workers are put to labor, often workers must sell their own children because they cannot be sustained by the family.

The process is a vicious cycle that can only be stopped if buyers put a halt to it.

Child labor in the production of gravestones was a top theme with clients of the Western World in the last decade. Seals of excellence have since been implemented to ensure that children attend school instead of being put to hard labor.

The Modern Slavery Act will now take a much tighter grip on such practices. It is expected that the Government will stipulate what the deposition must include within the month of October 2015.

The first such depositions would then be due by October 2016.

Isolated cases of modern slavery at home in England had caused some unrest recently, when it came to light that domestics were kept locked up and forced to work under inhumane working conditions.

UK-based Marshalls Company is particularly active in monitoring the working conditions of suppliers (1, 2).