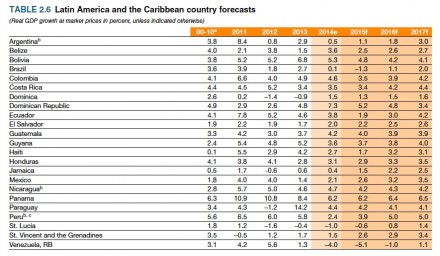 Bolivia, Columbia and Peru lead the way of the bigger states followed by a strong Mexican economy; Argentina is predicted to catch up by 2017

The World Bank is expecting a number of countries to reach growth rates in excess of +3% this year. The forerunners among the bigger states are Bolivia, Columbia and Peru. Mexico is enjoying sustained strength. Argentina is expected to reach the +3%-mark by 2017 – remarkable since a mere 1.1% growth is expected for the current year.

The figures originate from the „Global Economic Prospects. The Global Economy in Transition“ published in June 2015 and available as a free download.

The publication analyses the economic development of various regions. The World Bank predicts two major changes summed up in the word „Transition“ – the title of the Report: one is the stabilization of the US-Dollar as a result of sustained economic recovery, the other is the continuous low level of oil prices. 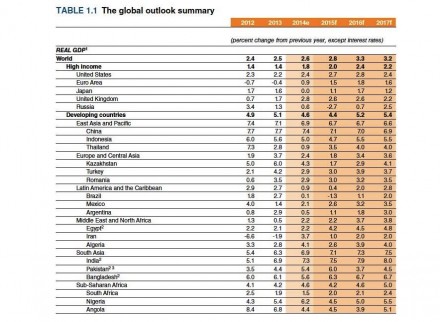 The most important Trade Fair for natural stone in Latin America is the Vitoria Stone Fair (February 16th – 19th 2016) in Brazil’s Espírito Santo province. The Fair had recently introduced itself in Stone-Ideas.com.

Brazil’s Fortaleza Stone Fair will be held on a yearly basis. The upcoming second edition will be held form May 31st to June 3rd 2016. Talk is of expanding architecture and design to include local stone. We had reported on the Fair news on the occasion of its first edition (1, 2).