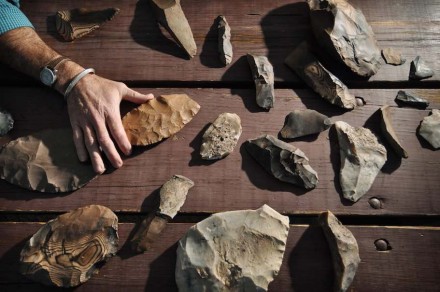 The Museum of Natural History in Boulder, Colorado shows an exhibit of over 80 stone age items found in 2008 in a backyard in the city

The discovery of stone tools from the late Pleistocene (13,000 years ago) within the city limits of Boulder in 2008 was a rare event in archaeology. A new exhibit in the University of Colorado’s Museum of Natural History in Boulder features the collection of more than 80 of these stone tools known as The Mahaffy Cache found in a backyard.

The artifacts, which may have been made during the so called Clovis period, were neatly arranged in a cache, suggesting that the users of these instruments may have intended to reuse them.

A most fascinating topic in the exhibit is that the stones for the tools used come from distant sites – one more proof that already in the Stone Age long-distance trade relations existed. 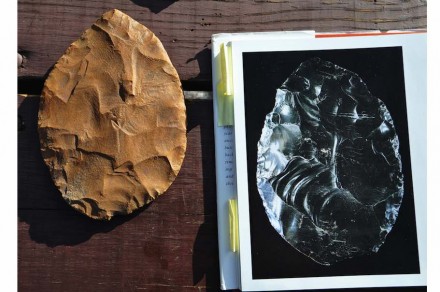 In a video are mentioned the two ancient knifes famous among archaeologists, one made of stone and one of volcanic glass obsidian, looking like „twins“ and maybe worked by the same craftsman.

The exhibit includes interactive elements and videos, as well as replicas of the tools that visitors can pick up and hold. 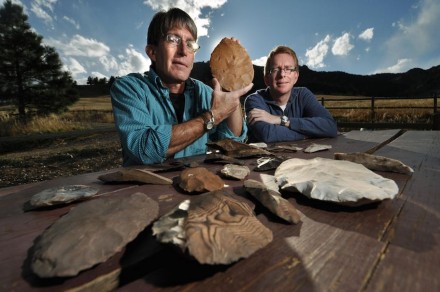 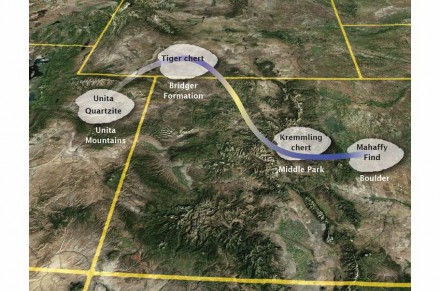