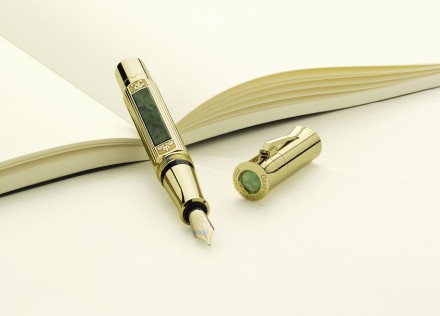 Unusual natural stone are an integral part of the „Pen of the Year 2015“ collection by Faber Castell Company and its top-of-the-line „Graf von Faber Castell Collection“.
This is the year of Frederick the Great and all about the stones he cherished. 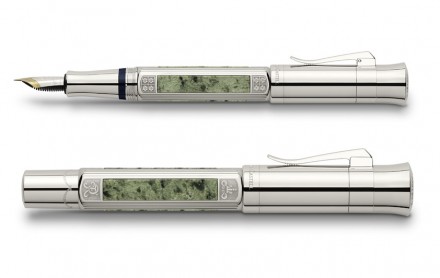 The shaft of this luxurious calligraphic tool is inlaid with four pieces of greenish serpentine of Silesian provenance. Its cap is adorned with a facetted Russian quartz chrysoprase.

The shaft of the pen is platinum plated or gilded respectively. Its nib is worked in solid 18 karat bicolor gold.

The stone was worked by Eberhard Stephan’s gemstone manufacture of Idar-Oberstein near Frankfurt/Main established in the 15th century. 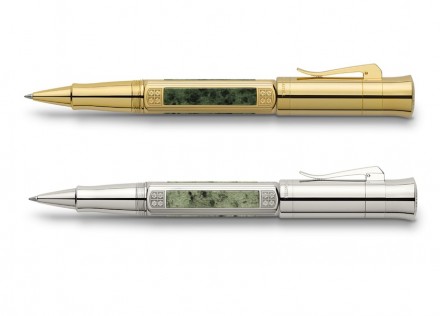 Frederick the Great fought against Austria and Saxony and elevated Prussia to a Superpower of the time on the European stage. He went down in German history as one of the Great Statesmen. However, a close look at his private life reveals intense drama: he was art-oriented and sensitive often feuding with his father, the soldier King Frederick William I. As a young prince he attempted to flee to France with his friend but was caught and charged with desertion.

The King had Frederick’s friend shot while he was made to watch the execution, after which Frederick probably submitted to his father’s will.