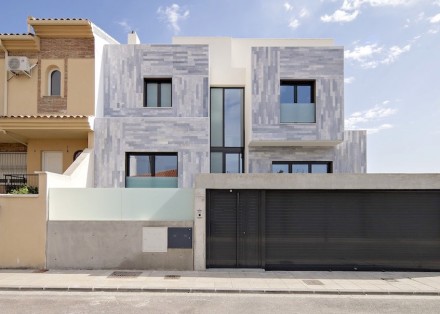 The façade of this terrace house near Spain’s Granada is all but normal. Where should we start? 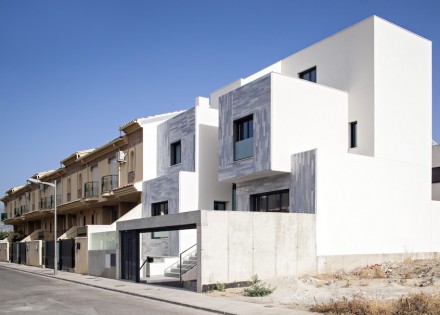 But the rest sets this house apart from other terrace houses. The general construction has become the norm in the region to accommodate a building ordinance: The front of a house must be set back 3 m from street. But this house is unusual none the less.

Architect Luiz Gonzalo Arias Recalde gives his reasons: „We didn’t want a boring run-of-the-mil house front. We strove for a façade with great dynamic.“
Gonzalo Arias cast the dice. The cubes jut out and recess. The front of the cubes is clad in marble, but, as the photo shows… 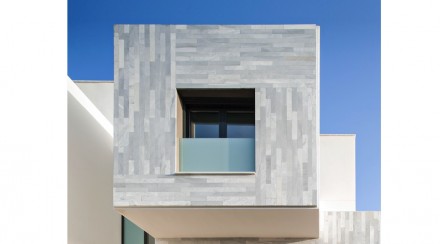 … the lines of the marble slabs run neither uniformly horizontally nor vertically but flow around the window! The architect: „We wanted to bring forth the idea of the window in motion.“ 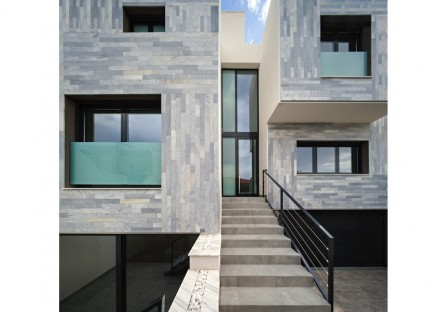 The motion is unobtrusive because the façade is recessed in the middle section of the house which is made of glass exclusively, allowing light to flow freely into the house but keeping the heat out. This was one of the basic ideas of the architect team.

But saving the best for last in re marble: the façade is made of waste material – these are skirting boards which Mármoles Serrano Company held in stock and wanted to clear out. They were happy to cut the pieces to size for the particular implementation.

The skirting-board-slabs were applied by means of a special adhesive by worldwide Sika Company of Switzerland. Work was carried out by Mucarsa Building Company.
„We were seeking a material which would radiate an air of naturalness“ writes Gonzalo Arias, „but with a touch of distinction.“ 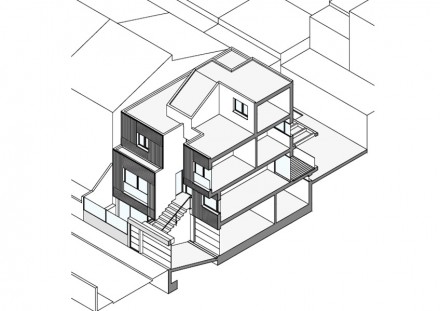 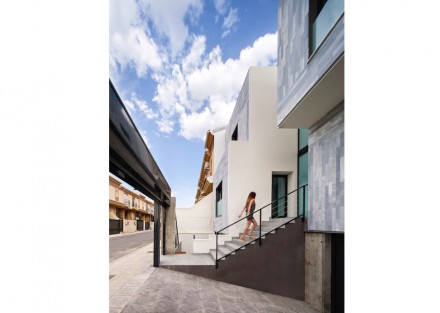 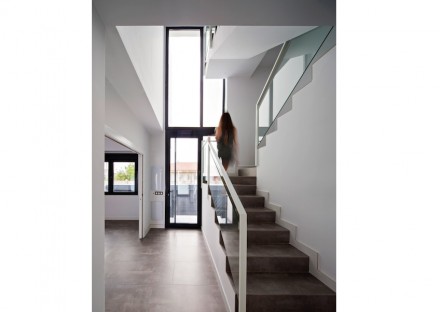 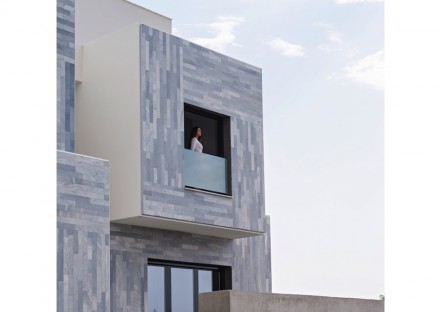